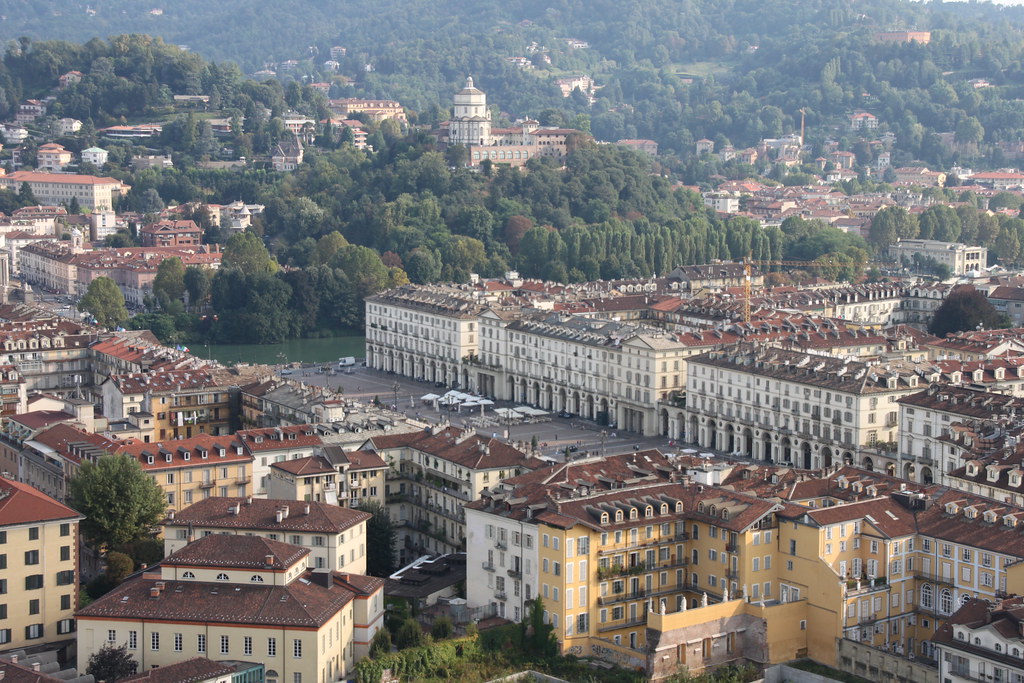 1. Transformation towards a post-industrial city
The past 20 years have seen Turin transform itself from a dirty industrial city into an enticing European city with a rich heritage and vibrant urban culture. As an exemplar of urban transformation, which has involved bold interventions to address areas of industrial decay, Turin is attracting international businesses, residents and visitors who are contributing to the development of a new knowledge and service-based economy.

3. Recovery of the city’s historic core for people
The city has recovered its historic core from the car by active management of traffic combined with investment in public transport and whole improvements to the public realm. This has revealed a fine array of buildings and public spaces dating from the era of the Kingdom of Savoy, Piedmont and the Risorgimento provide the perfect setting for a distinctive and sophisticated urban lifestyle.

4. Strong and effective civic leadership and partnership approach
A clear and consistent political leadership with national connections has enabled Turin to set and maintain a steady course of urban transformation. A strong urban plan and a strategic approach involving key players from education, business, and the community has created the platform for
partnership working on projects ranging from the Winter Olympics in 2006 to small-scale social interventions. This approach is now being extended to the metropolitan city region.

Turin is Italy’s third largest city with a population of 0.91m lying at the heart of a metropolitan region of 2.2m. Turin is second only to Milan as the country’s main exporter of goods and services with a GDP of €63b a year. Established as the capital of the Dukes, and later Kings, of Savoy, Turin became the first seat of government of the reunified Italy in 1861. This history is reflected in a fine, planned city and surrounding Royal castle-palaces which today provide the basis for the city’s rich heritage and cultural offer.

During the late 19th century and early 20th century Turin transformed into an industrial city, the home of heavy engineering and manufacturing. The establishment of Fiat’s Lingotto car factory marked the shift to an era of mass production and following reconstruction after World War 2 the city experienced rapid growth driven by an influx of immigrants from Southern Italy to work in the city’s burgeoning factories. This was accompanied by large-scale suburban expansion giving rise to social and political tensions. By the 1980s it was becoming evident that the city needed to change. Employment in manufacturing was beginning to decline as businesses found it increasingly difficult to compete and the city had developed an image of a dirty, car-dominated industrial city which people were beginning to leave.

Today Turin is emerging as a vibrant post-industrial city. Working within the existing city structure and building on its distinctive physical and cultural heritage, including its recent industrial past, Turin has changed from a grimy 20th-century industrial city to an attractive 21st-century European city. The city’s elegant grid-plan centre, laid out in the 17th and 18th centuries, has been reclaimed from the domination of the car to provide a focus for life which takes place in equally-elegant arcades, pedestrianized shopping streets and cafes which spill onto enticing public spaces. This has been accompanied by the regeneration and reuse of former industrial land and buildings for a range of commercial, employment, education and cultural activities.

Guided by a city master plan dating from the mid-1990s and successive strategic plans, Turin has delivered the wholesale transformation of its physical environment and qualities as a place to live, work and visit. The key elements in the city’s strategy have been:

Impetus was given to this process by a successful bid to host the Winter Olympics in 2006. It was at this point that both the citizens and wider world came to recognise the rich culture and heritage which the city has to offer. In the last 10 years tourist visits to the city have trebled to around 6m a year. In this respect Turin provides an example of how, in an era of globalisation, a city can change its identity and image for the benefit of residents, businesses and visitors.

Strong leadership and effective governance have been critical. Reform of local government in the early 1990s and the election of three successive centre-left mayors, who have been in power for nearly 25 years, has helped to create a shared vision of what the city is trying to achieve. Mayor Fassino, who has held senior posts in national government, has developed a collaborative, partnership approach to leadership, engaging key stakeholders in the physical, economic and social transformation of the city. With the advent of a metropolitan council the challenge is now to deliver this approach at the city-region level – again Turin is in the vanguard.

Against the background of challenging economic circumstances the city and its surrounding region remains one of the wealthiest parts of Europe. While this is primarily due to the entrepreneurial skills and hard work of its people, there is little doubt that the course set over recent decades has helped to maintain the economic competitiveness of the city which has attracted international research facilities as well as established Turin as the headquarters of home-grown businesses such as Fiat, San Paolo Bank and Lavazza. The city continues to absorb large numbers of immigrants not just from the new accession countries of the EU and the Middle East and Africa, but increasingly internationally mobile students and knowledge workers.

Tourism is a growing component of the local economy reflecting the transformation of the city as a place to visit. This is built upon the distinctive character of the Piedmontese/Northern Italian culture on display in the city. This is evident in life on the streets involving families across the generations and people spilling from elegant cafes which retain the atmosphere of a bygone era. Indeed, a strong feature of local culture is the city’s engagement with food. Piedmontese food and wine is recognised as amongst the finest in Italy and Turin has established itself as the capital of the Slow Food movement. Cafes provide aperitivi to accompany fine local wines and restaurants promote typical local dishes.

High culture is also on offer in the city’s opera and concert halls, alongside a rich variety of museums and galleries which unlike many Italian cities are frequently based on contemporary art, and media. This includes the National Museum of Cinema located within the extraordinary Mole Antonelliana and the Museum of Contemporary Art in the Rivoli castle.

A range of social projects demonstrates Turin’s desire to achieve the inclusion of both existing residents and the large number of new arrivals to the city. Porto Palazzo, one of Europe’s largest open air markets, provides clear evidence of Turin’s ability to accommodate a wide range of cultures and life. Learning from mistakes made during the period of immigration from the Mezzogiorno in the 1960s, Turin is seeking to integrate the city’s new ethnic and religious communities.

Environmentally speaking the city’s main priorities have been to reduce the impact of the car and regenerate former industrial land. New parks have been created from contaminated sites to provide public open space for surrounding residential districts and a home for environmental businesses. By promoting Turin as ‘citta del aqua’, formerly polluted watercourses have been used to create a network of green infrastructure. Increasingly, this is being linked to the surrounding wooded hills and countryside.

While more remains to be done to complete the transformation of the city, attention is increasingly turning to delivering at the city-region level and strengthening links with Milan and France. For a city which was once promoted as the fashionable capital of the Kingdom of Savoy and of the newly reunited Italy, Turin can look forward with confidence to being once again a model of a great, modern European city.