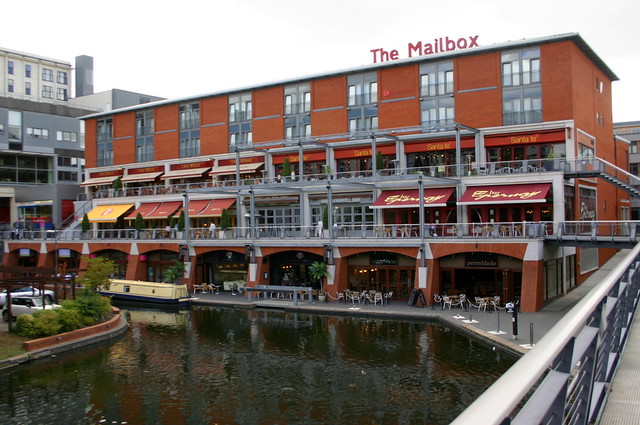 Brindleyplace represents an exceptional achievement in regeneration terms, with a strong urban identity and an impressive commitment on the part of the developer with regard to its continuing governance. Whilst it functions as a distinctive neighbourhood enclave, there is evidence to suggest that the development is far from inward-looking and is proving to be instrumental in the ongoing western extension of Birmingham town centre. The site came into the hands of its developers, Argent, late in the day in terms of the masterplanning process, as a result of a collapse in the property market, and yet the build quality and integrity of the scheme to its original principles have both been maintained. As the UK’s largest inner-city mixed-use development at the time (1993) with a pressure to commence construction within just a few months of its acquisition by Argent, there was every possibility that the vision would become lost or at best diluted due to the complexity and enormity of the project.

However, the enlightened approach to urban density, parking provision and inviting public space which had been set in place by John Chatwin’s urban design guidelines were duly safeguarded and eventually fully implemented, in a carefully orchestrated composition of dignified architectural set-pieces and which have now come to characterise Brindleyplace. There is always a danger when projects are designed by different architects that the resultant urban whole will have the characteristic of a ‘zoo’, but here the differing design principles ranging from wholly classical (Porphyrios Associates) to wholly modernist (Stanton Williams) sit well together, not least because they are so cordially and cohesively circumscribed by landscape schemes designed by Robert Townshend.

The landscape setting was an integral part of the site context to begin with, in that the site was bounded on two sides by the Birmingham and Brindley loop canals, which brought raw metals to the site to be turned into household items in its industrial heyday. Now the buzz has returned, in the form of office workers, shoppers, residents, hotel guests, and diners. On the day of our visit, we saw children playing in the fountains – and not just in the artist’s impression of the scheme – and it was clear as we were shown round that the shopkeepers and office tenants were committed to a long-term occupancy of the site, and were enthusiastically ambassadorial about the Brindleyplace offer and brand image. Some were even being offered space on a subsidised basis in order to preserve and enhance vitality, and it is indeed a lively place during the daytime and during the evenings, with office workers from not just the development itself but from all over Birmingham converging its the waterfront restaurants.

During the early stages of designing the 17 acre brownfield site, prior to obtaining outline planning permission, the masterplanning process responded positively to interventions from both a local action group, Birmingham for People (BfP) and also from the consultancy Space Syntax, with the result that pedestrian permeability and overall layout were greatly improved. Although the layout of Broadgate was clearly a precedent for Brindleyplace, lessons were learned here in that the office buildings adopted much more compact floorplate, making the articulation of the overall development less monolithic and more conducive to the step-change of scale where the residential elements were concerned. It also meant that the main public spaces could operate as an elegantly linked sequence, where motor vehicles could easily circulate but would not dominate.

The development is not without its weaknesses, but these are easily outweighed by its strengths: urbanism is not only about the visual aspects of a place, but are also part and parcel of its processes of procurement and management. Thus, whilst Foster Associates’ early contribution to the scheme in the form of the Sealife Centre fails to make a positive formal contribution to Brindleyplace itself, it does bring a different group of users into the site. Furthermore, the use of the techniques of partnering and value engineering by Argent during the construction phase makes Brindleyplace ahead of its time. This also involved the use of flexible building consents during both construction and letting phases, and an overall strategic orientation which embraced the energy and imagination shown by Birmingham City Council for what was a piece of redundant and contaminated land.

The Academy is well aware that the wider urban impact of Brindleyplace has yet to fully materialise: Broad Street is relatively undeveloped and the areas to the west remain disconnected and hostile. In effect, Brindleyplace flags up just how crude and inappropriate earlier attempts at urbanism in Birmingham’s post-industrial hinterlands really were. All things considered, it is not too early to say that it is a Great Place and therefore worthy of an Academy Award: David Dunster has commented, ‘this is not utopia; but it is a very civilised holding action’. More than a holding action, Argent took a huge risk, and a very long view in terms of a return on their investment.

Brindleyplace is therefore a testament to urbanism as a long-term financial strategy where all parties share a common belief in its success as a place.