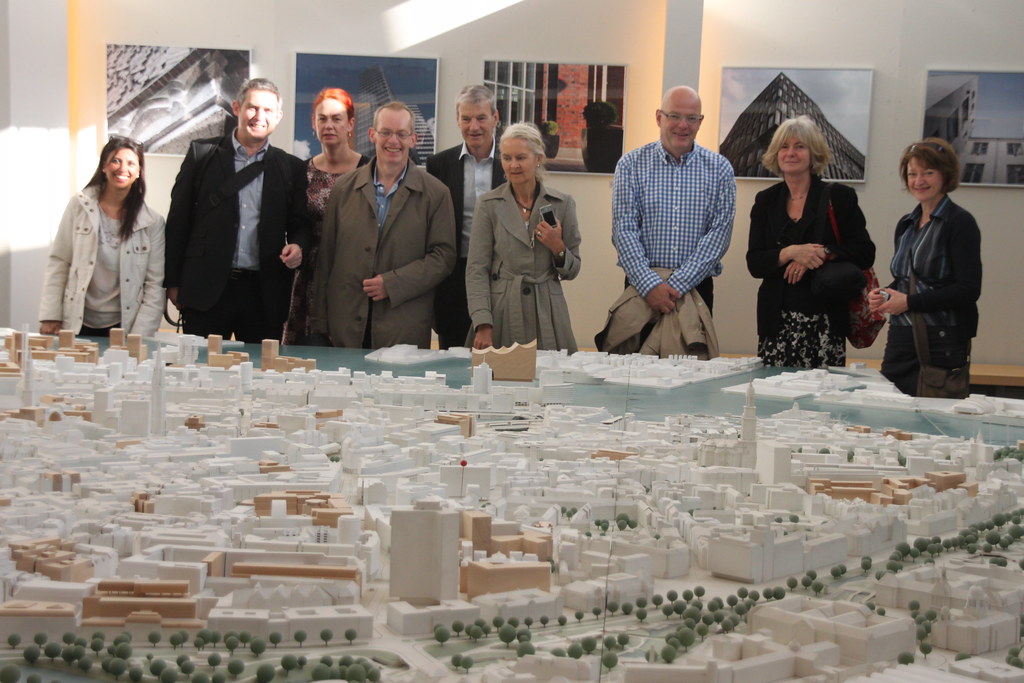 Operating as a ‘City State’ within Germany, the vision is to preserve and promote Hamburg as a green city – an area of economic advantage. With an ambitious environmental agenda, Hamburg is both maintaining its competitive position for business investment and addressing the challenges of climate change and environmental quality, reflected in Hamburg being selected as European Green Capital 2011.

Through such programmes as BID’s and regeneration efforts, Hamburg has strived to plan and deliver transformational projects that effectively engage businesses and local residents.

The history of Hamburg is rooted in its relationship to water, which permeates the city. With its prime economic activity centred around the port, water imparts a special quality of place that is distinctively Hamburg.

4. Planning and management of the public realm

Through significant investment in public ream improvements, Hamburg encourages responsible public behaviour making it a safe and user-friendly city, adding to the quality of life for its resident and visitors alike.

Hamburg has over 800 years of history as a trading city forming part of the Hanseatic League. Today it is Germany’s second city with a prosperous and growing population of 1.7 million, lying at the heart of a metropolitan region of nearly 5 million. Lying on the Elbe River, Hamburg remains one of Europe’s leading ports (only second to Rotterdam), giving access to a substantial hinterland and offering links around the world. Hamburg is a key element in Germany’s economic success with a strong diversified economic base which is home to major corporate businesses.

Operating as a ‘City State’ within the Federal Republic of Germany, the clear vision is to preserve and promote Hamburg as a green city on the Elbe. Building on a strong tradition of collective action and urban planning, Hamburg is both maintaining its competitive position for business investment and addressing the challenges of climate change and environmental quality, reflected in Hamburg being selected as European Green Capital 2011. Hamburg has developed an ambitious environmental agenda involving a programme of education linked to a partnership with local businesses and residents, providing the opportunity to develop innovative ideas for energy reduction in the built environment and transport. This is seen as an area of potential competitive economic advantage.

In terms of manufacturing, Hamburg has moved away from heavy port industries and now boasts strengths in aviation, life sciences and nanotechnology. This together with finance, insurance, media. and IT provides the basis for a high value-added knowledge-based economy with rather low levels of unemployment and the creation of a wide range of job opportunities. Significantly Hamburg has developed and uses a range of measures which have proved successful in delivering private sector investment in the built environment such as Business Improvement Districts targeting the public realm in the city centre, the use of land ownership and infrastructure investment as a means of attracting corporate occupiers, and levering in investment and the use of events to bring about the transformation of neglected parts of the city.

The city has embarked on a series of projects to regenerate the former docklands as part of an extended central business district to address the problems faced by inner city residents. The city is hugely impressive in its ability to plan and deliver transformational projects with strenuous efforts made to engage effectively with both business and local residents’ interests.

Hamburg is a port and mercantile city to its roots. This is reflected in its relationship with water which permeates the city, most spectacularly through the Alster Lake, the canals and bustling Elbe waterfront. It is also reflected in the fine mercantile buildings which provide evidence of the wealth which has been accumulated over the centuries – this is not a city of showy buildings. Hamburg has been designed to work, with an array of well designed buildings which fulfil the functions required of them. Individually they are not outstanding, but together they impart a real sense of solidity and purpose linked to Hamburg’s role as Germany’s principal port city. As a port, Hamburg has attracted immigrants who today account for nearly 15% of the city’s population. This is reflected in the diversity of the inner city districts such as St Georg and St Pauli which surround the more corporate city centre. There are, therefore, two Hamburg’s which seem to co-exist comfortably.

These are: the corporatist city centre and new Hafen City district which provide opportunities for retail therapy and high culture; and diverse, inner city districts which provide access to popular and alternative culture which reflect the mixed use and character of these vibrant parts of the city. While this pattern may be a general characteristic of other Northern European port cities, the history and tradition as a Hanseatic city and the unique character of a river port impart a special quality of place which is distinctively ‘of Hamburg’.

There is little doubt that Hamburg offers an attractive quality of life, reflected in the continuing growth of the city’s population, employment and visitor numbers. In this regard it is one of Germany’s most successful cities. While much of the explanation for this relates to the strength of its economy, Hamburg offers a high quality living environment. The city faces a challenge in attracting and retaining families with children who appear to be drawn to the lower density suburbs. As well, Hamburg plays an important role as a centre for business tourism attracting over 7 million overnight visitors per annum, a reflection of both the city’s strong international business base and its trade fair and congress facilities, in addition to its importance as a cruise passenger terminal.

Considerable investment has been made in improving the quality of the public realm which comprises a user friendly network of streets. Outside the predominantly commercial city centre, inner city district centres provide a vibrant mix of activities operating late into the evening reflecting the mixed-use character of these areas. The planning and management of the public realm appears to encourage responsible behaviour. Hamburg is a user-friendly and safe city. Water and green spaces are a key component in the attractiveness of the city. New parks and green spaces are being developed as part of the regeneration of Wilhelmsberg, illustrating the city’s commitment to working with recreation, wildlife and nature.

Sitting at the heart of a rapid transit and regional rail network, Hamburg offers its inhabitants and workers a wide range of options in terms of transport across the city and metropolitan region. Stabilising car usage, efforts are being focused on limiting the environmental impact of traffic by reducing the use of carbon based fuels through developing a cycle network and improving pedestrian environments.

Overall, Hamburg provides an exemplar of the successful transformation of port industrial cities. While many 19th and 20th Century cites have faced decline Hamburg has continued to prosper despite major challenges.