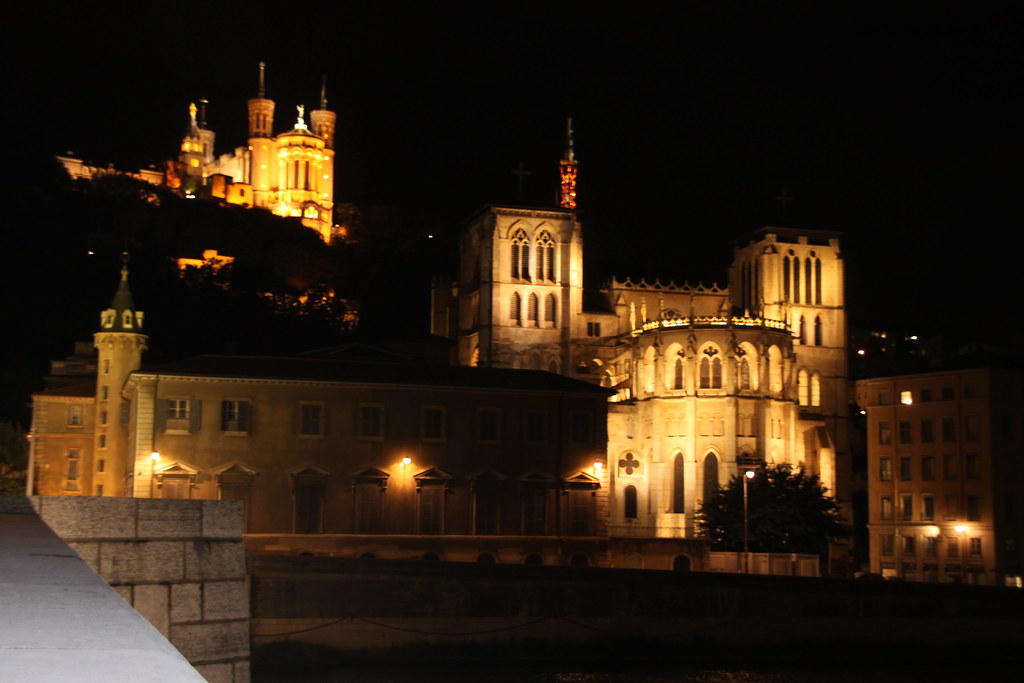 Lyon has a number of excellent major development projects, completed, underway and planned, which it has managed to successfully root in the context of its cultural and geo-economic history. This is evident in projects like La Confluence, an outstanding example of how to create a new sustainable mixed-use neighbourhood on a city centre brownfield site, and the proposals for the Part Dieu station area which may provide valuable lessons on how to establish a gateway to a city which is more human scale, more accessible and better connected to the extant urban fabric.

Lyon is addressing issues arising from morphology, connectivity and environmental issues such as flooding, biodiversity and urban heat island effects. Projects such as the riverside routes along the River Rhône had many inspirational elements and ideas that can be replicated elsewhere. Micro-level/temporary interventions such as community gardens on infill brownfield sites provide an excellent example of environmental projects that have wider resonances in terms of community engagement, sustainability, food production, etc. The fact that Lyon has increased budgets for green space in the city in recognition of the savings that will be made in long-term health issues is inspirational in the current economic climate.

With an impressive level of investment, Lyon has developed an extensive and efficient public transport network, including city trams and a high-speed direct airport link ‘RhôneExpress’, that facilitates easy access to the entire city by all sections of the community. The city has transferable best practice in terms of design, delivery and construction of such major networks.

Lyon is a confident city, assured of its place in both past, present and future terms. It focuses on taking inspiration from its own history and physical attributes to create additional new facets to their ‘city identity’. The city’s fostering of an extensive programme of arts and culture, and use of feature lighting (which has become an international exemplar) produces a destination that is truly distinctive and attractive.

Lyon is the second-largest urban and economic district in France, after Paris, and capital of the Rhône-Alpes region. It has a population of 480,000, with the wider metropolitan area of ‘Greater Lyon’ having a population of 2.1 million. Lyon has a long history stretching back to Roman times, and its geography is quite unique: the centre of the city is at the confluence of two large rivers – the Rhône and the Saône. Its geography means that its morphology did not develop radially, but in quite distinctive districts, which are now equally well-used and populated. In addition, many of the usually adjacent city functions and administrative centres are inevitably spread out across the city centre. Large sections of the city are a World Heritage Site.

The city became wealthy in the 16th and 17th Centuries from silk and textiles trading. The Catholic Church has a strong presence in the city, and still owns a lot of land and property. Nowadays the city is a major centre for banking, medical research and biotech industries, and also has a significant software industry (notably video games). It is France’s second wealthiest city. The French Resistance movement centred around Lyon in the 1930s and 1940s is not explicit geographically, but a significant sub-text in explaining the city’s strong sense of identity, culture and strong desire for self-determination, rather than seeking/accepting direction from Paris. Following WWII the city suffered significant population loss and decline in major heavy industrial production, like many European cities. Policies in the 1970s and 80s focused on the development of monolithic blocks, notably around Part Dieu station, and major highways infrastructure running right into the heart of the city to encourage movement to/from the city centre. This has left some areas of the city with issues of movement, permeability and legibility, as well as a culture of car usage that adds to existing urban heat island issues.

There is a long tradition of stability in the city, which was thought to be a positive by-product of long-standing cooperation at a Greater Lyon level. It was stated that Lyon was the only city in France that was able to maintain such a consistency in urban vision throughout repeated changes in political control. The Urban Agency for Lyon (’Grand Lyon’) was one of several established across major cities in France in the 1980s, and is 100% publicly funded. Their role is to advise the elected politicians, most notably the Mayor, on city infrastructure, public housing and cultural facilities, although the Agency is bound to deliver the policy and strategy set down by the Mayor, regardless of their views. It exerts strong leadership on all aspects of city regeneration and urbanism. The Agency has to work with 37 separate public agencies, plus arondissements (including 9 in Lyon itself) and communes, giving rise to a complicated mix of multiple layers of public bureaucracy.

The Agency sees it has a key role in coordinating this, and seeks to so this via collective consensus. The city’s role as the regional capital further enhances its status and ability to do this. An example of the metropolitan level of cooperation is that the main municipalities in the Rhône-Alps region have now agreed to develop complementary industries and economic specialisms rather than compete directly with one another.

Lyon has made a concerted effort over the past 10 years to enhance and develop new and existing green and public spaces within the city to counter urban heat island issues, health issues relating to pollution, and provide greater socio-cultural benefit for densely-developed adjacent resident communities. The city is one of the few which has increased budgets for open leisure space despite current financial constraints in recognition of the long-term savings this should produce in terms of citizens’ health. In addition, there has been considerable investment in an extensive and efficient public transport network in the city over the past 15 years, notably in a new network of city trams and high-speed dedicated airport link, plus public realm enhancements in all of the city’s historic areas.

Lyon has a very active programme of arts, culture and music targeting a wide range of audiences, which gives the city a dynamic vibrancy and acts as a major draw for visitors from not just France but all over the world. The city’s several universities add a particularly youthful facet to the feel of many parts of the city centre. There is also considerable investment in leisure and sports and encouraging healthy lifestyle from the very heart of the city longitudinally out into the adjacent countryside: this augments the sense of a dynamic, bustling, constantly moving place. City pride is evidenced by the relative lack of graffiti, littering and vandalism in the city centre, and was echoed in conversations with local residents.

Lyon is a confident city, assured of its place in both past, present and future terms. It focuses on taking inspiration from its own history and physical attributes to create additional new facets on the city’s identity, and recognises these are all essential components that make up the whole of the city. The city aims to be a European economic centre, focusing on leadership in the areas of biotechnology, environmental chemicals, urban transport and digital industries. It wishes to promote closer linkages and practical cooperation between industry and academia, and propel the University of Lyon into the top 30 European universities. It wants to further develop its tourism potential, based on its built, cultural and gastronomic heritage. Given the city’s economic performance, the quality of the city’s investments in projects such as La Confluence and Part Dieu is clearly adding to the confidence of the private sector in Lyon as an investment destination, whilst simultaneously creating high quality public realm, cultural facilities and commercial space to city.

Major challenges still lie ahead in changing culturally-engrained modal use patterns away from private vehicles to public transport/walking, and dealing with major highway infrastructure in the heart of the city. There is a need to further promote actions on long-term environmental and sustainability issues across all communities, including residents. There is also the need to make progress on pressing long-term problems around unemployment in the outlying banlieue, notably in the under 25s and ethnic and immigrant populations, as well as socio-economic mobility and cultural/social cohesion.