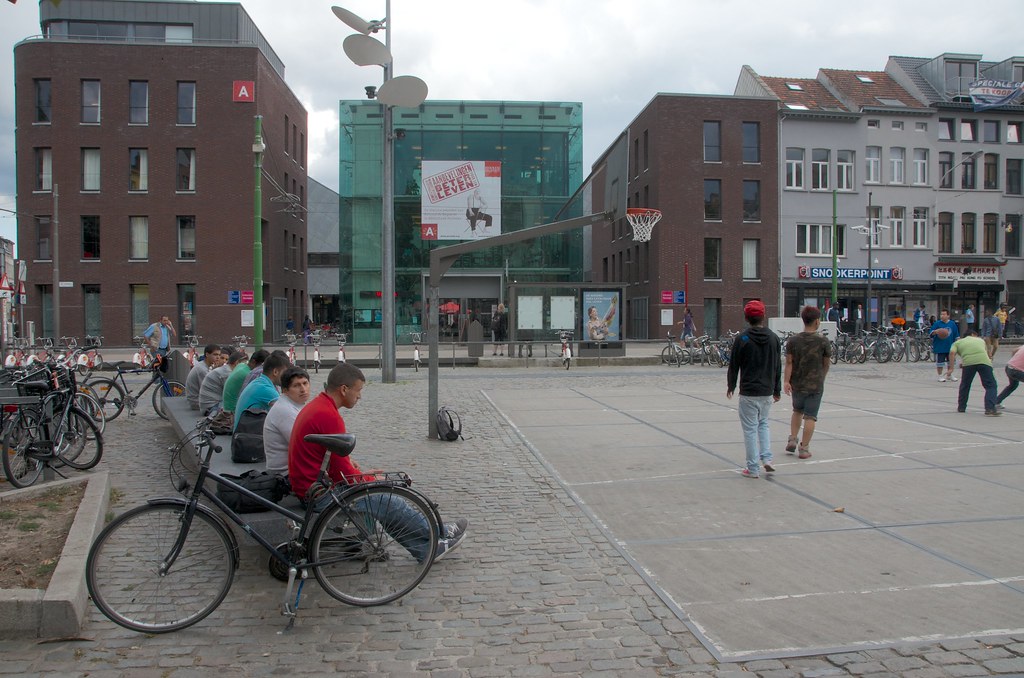 The Strategic Spatial Structure Plan gives the city a clear vision and strategy which articulates its objectives. The fact that the City completely restructured itself to facilitate delivery of the Plan – including establishing dedicated autonomous agencies with both political and practical authority – is an impressive demonstration of their commitment. This commitment to success is further underpinned by having clear and realistic timescales for delivery, which fit their ‘slow urbanism’ ethos; stable long-term budgets; and a pragmatic approach to best-harness private sector expertise and investment.

The Strategic Spatial Structure Plan is easily understandable by all constituents of its community, and provides a consensus path that is focused on the betterment of the city, without the distraction of political short-termism. This has led to many impressive delivery approaches, including: the concept of ‘slow urbanism’, which promotes an organic approach focused on patiently building quality outcomes, rather than seeking quantity or quick-wins; a truly intertwined approach to combing physical and socio-economic interventions to promote local benefit and social cohesion; an intelligent approach to using its strategic land/property assets and development control powers; and, the recognition of the need to intervene to improve the city’s urban fabric, sectoral base, structural population change, etc.

Antwerp’s genuine long-term commitment to community engagement: the ‘we’ story was effectively conveyed by a simple yet striking logo and the strapline ‘the city is for everyone’. Engagement was facilitated via a range of mediums and channels, with a strong belief that this was a truly two-way dialogue that was essential and beneficial to all parties (“entice, activate and engage”). Community engagement was also used effectively to promote citizenship, city pride and to try to tackle a wide range of socio-economic and cultural issues; and was positively influencing the private sector.

4. Balancing the past and the present in the urban fabric

The city’s culture is strong and distinct, and reflects the diverse diaspora it has attracted for many hundreds of year and a long tradition of liberalism, patronage of the arts and global interaction. There was no sense that the city is trading solely on its heritage – which would be an easy option given the quality of its ‘Golden Age’ inheritance – nor of it seeking to sweep away the past. This is a forward-looking city that is quietly and assuredly following its own path of self-improvement, cogniscent of its place in both past, present and future terms. It had many impressive examples of high quality interventions at all scales that were welcomed by all elements of society.

Antwerp is the second-largest city in Belgium after Brussels with a city population of 507,000 (an increase of 10% since 2001) and a metropolitan population of 1.2 million, and is the capital of the Flanders region. Its location, on a strategic bend in the River Scheldt, a 350km watercourse flowing through France, Belgium and the Netherlands to the North Sea, has led to it being a strategic fortified stronghold since the Gallo-Roman times. Its international commerce activities made it the richest city in the world in the 1500s.

Antwerp currently generates over 17% of Belgium’s national GDP. Its long role as a fortified city and trading seaport has had a huge influence on the city’s morphology, giving it a very dense urban grain with significant water-frontages and lines of fortifications which provide a ‘collar’ that constrains the city centre. The port, which now stretches 25km up to the Dutch border, is still the second-largest in Europe, and home to the second-largest petrochemical plant in the world; it generates 50% of the city’s GDP. The city also still accounts for the vast majority of the world’s rough and polished diamond trade. It has been a major centre for fine and creative arts since the 1500s, becoming more recently a global influence in fashion. The city’s culture is strong and distinct, and reflects the diverse diaspora (presently illustrated by the use of over 170 languages in the city) it has attracted for many hundreds of years. The city went through economic decline from the 1600s as a result of a long series of territorial wars.

By the 1950s the combination of a Belgian psyche that ‘the countryside is best’, the lack of a building permit system and the growth of car ownership led to a massive exodus of population from the city (to less than 260,000) and unregulated greenfield sprawl. This left major issues in terms of over-dominant highways infrastructure, a desolated rundown city centre and a declining revenue-raising capacity.

The 1990s saw the beginning of a change for the city, leading to it being European Capital of Culture in 2003. Following decentralisation in 2000, many powers were transferred to a new Flanders regional government. The City of Antwerp authority (‘Stad Antwerpen’) has been run since by various coalitions, with stability in the current one for the past 12 years leading to a consistent vision on urban development. However the City has often found its policies to be in direct opposition to those of the Flanders and national government. The city has to manage this potential source of conflict carefully, as approx 70% of the City’s funding comes them.

In 2006 a new 15-year Strategic Spatial Structure Plan was published after 3 years of development. It set out a series of spatial interventions designed to deliver combined socio-economic & physical improvement within the framework of the existing urban fabric, with a focus on promoting and encouraging environmentally sustainable behaviour, in a delivery approach they have labelled ‘slow urbanism’. It acts as the single plan that guides all urban development activities by all agencies in the city, and is intended to rise above political short-termism. Considerable progress has been made on many aspects including city centre re-population and re-densification; improved public transport; increased green community space and facilities; the impact of climate improved city green space; improvements in environmental and sustainability performance; climate change, etc. And there are ongoing plans in action to deal with the environmental, health and movement issues created by the ‘Singels’; structural population change; localised high levels of unemployment; etc.

The City was completely reorganised to support the Plan’s delivery. Several autonomous bodies were established with long-term public budgets and mandates, to work with both the private sector and the ‘statutory’ departments in the city in all aspects of delivery and maintenance. Although their boards are entirely comprised of City politicians, but once key strategic decisions are made, they have complete autonomy in delivery. The City has made a strategic decision not to try to lead all development in the City, but instead to retain a stake via its considerable land ownerships. This enables them to strongly influence scheme development, and ensure high standards of design, environmental performance & sustainability, etc. The City is clear in its belief that its ‘horizontal investment’ in high quality public spaces has led to ‘vertical investment’ (in buildings) by the private sector. To facilitate the re-population of the city there is a policy that all private developments with a major residential component have to make a contribution to local facilities such as play facilities, childcare, schools, etc, as a condition of their building permit.

The City and its autonomous agencies have a proactive approach to two-way community engagement at all levels of the community, in particular through neighbourhood managers, community representatives and local police officers. Cultural assimilation and immigration have increasingly become the focus of divergent political views, and so community engagement in urban development is seen as a key tool to promote and aid multiculturalism in a positive fashion.

Antwerp is a forward-looking city that is quietly and assuredly following its own path of self-improvement, cogniscent of its place in both past, present and future terms. Its recent second-place in the Financial Times’ bi-annual rankings of ‘European City of the Future’ underlines its recognised potential. However Antwerp still has a number of major challenges ahead. There is the ongoing tension of working with regional and national governments which have very different strategy and policy agendas yet which retain the majority purse-strings. The delivery of some key projects (such as the Singel-greening) are very reliant on these relationships. There is the need to make progress on pressing long-term problems around unemployment – which remains stubbornly over double that of the national rates and is in increasingly entrenched in the under 25s, ethnic and immigrant populations – as well as socio-economic mobility and socio-cultural cohesion.

There is also now political uncertainty, with imminent national, regional and local level elections. These may not only remove the current City coalition stability, but the rise of influential right-wing political figures could lead to tension and possibly radical changes in so many policies that underpin Antwerp’s current vision and approach to urban renaissance.