This month’s “Words from the Young Urbanists” is care of Joana Luís Vieira, a Young Urbanist member of The Academy of Urbanism. Joana was recently involved with an Academy event in Regent Quarter, London, that explored how managed spaces can best be used. Young Urbanists were given the opportunity to participate in the event and present their ideas for meanwhile uses for the space to Academicians, local stakeholders and community members. 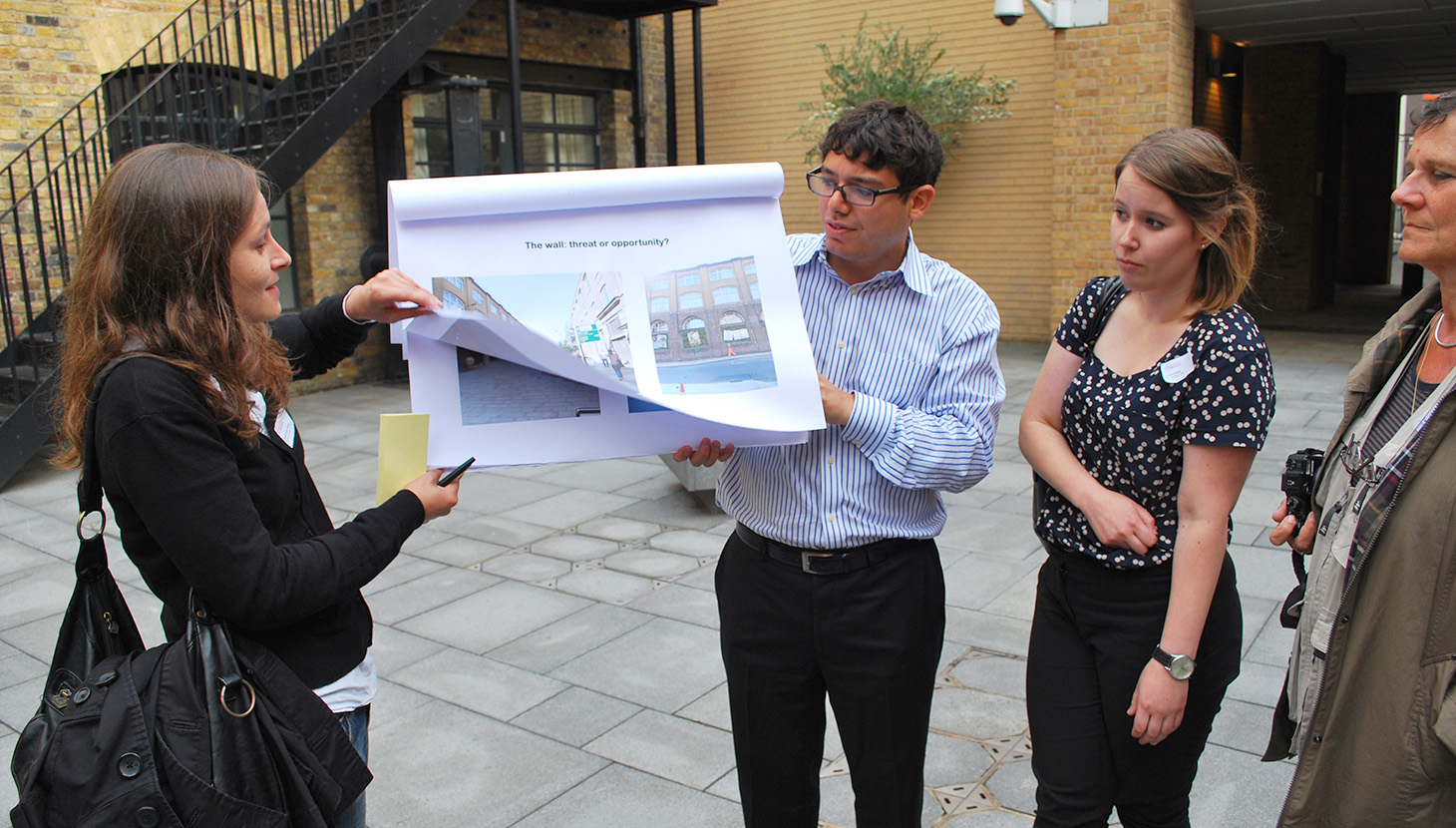 Less than two months after becoming a member of the Young Urbanists (YUs), I found out The Academy of Urbanism (AoU) were looking for a small group of YUs to get involved in the Regent Quarter analysis and subsequent event which took place on 12 September 2013. I immediately knew I wanted to take part in this first collaboration project between Academicians and the Young Urbanist members.

The purpose of the event was to evaluate the strengths, weaknesses and potential of this rich but misunderstood and underused network of streets, alleys and blocks with interconnected courtyards. The invaluable lessons learnt from this case study will, we hope, be used to improve similar existing urban structures and also to create more successful city environments.

As an Architect I am intrinsically passionate about urban environments, and I have to thank the Academy for the creation of the Young Urbanist Network, and the willingness to involve YUs in the urban matters being explored. Collaborating with young urbanist enthusiasts, coming from diverse professional backgrounds, can only benefit the AoU, and vice-versa. This openness was very clear at the event, bringing together the points of view of both, and also inviting the Quarter’s stakeholders and users to participate in the dialogue. Without a doubt, this multidisciplinary approach will be fruitful in its goal of positively influencing urban environments.

Personally, this collaboration is proving extremely beneficial. Not only have I learned about a hidden urban treasure in London but I also met very interesting people, helping me with my professional networking. I have gained experience in planning and organising small events, and beginning to get professionally involved in urbanism has helped me attain an internship to work on a Moscow’s Masterplan project.

For all the above and much more, I look forward to collaborating again with the Academy and the Young Urbanists.