…and a final thought… Learning to learn from place part V 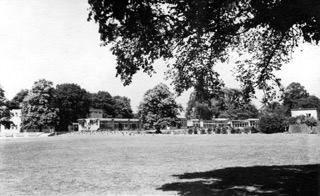 The phrase came from Henry Morris, the chief education officer for Cambridgeshire before World War II and the inventor of ‘village colleges’: secondary schools that did more than serve local children, but local adults too. A Village College was available for evening classes, included a billiards room as well as a public library, and had a school hall that doubled up as a local theatre. A great pioneering idea for a community that was, until Cambridge was transformed by science parks, one of the poorest regions in England. His vision extended beyond the provision of facilities into place-making: hence “architecture, the silent educator”.

At the age of 11, I became a pupil at the second Village College, at Impington, just north of Cambridge. Morris was not just pioneering but ambitious and charismatic, so approached Walter Gropius to design it for him: the man who did not just design the Bauhaus, but invented it’s pioneering curriculum. Gropius was responsible for form and content, aesthetic and ethos.

My parents gave me a camera when I was about 15 and here is one of the first photographs I took. Here is my school: a low modest brick building among trees in an East Anglian landscape. The photograph shows that I was not just impressionable, but impressed. The building, and the community it housed, was a manifestation of caring, and that rubbed off on me.

What I picked up on a day-to-day basis was that this very simple building provided a socially progressive atmosphere, which complemented the landscape. It was a good place to learn and a wonderful one to look out of the window and day-dream. I did not know of Morris’s slogan when I was silently learning from Gropius and the East Anglian landscape, I only found the phrase last year when I went to the school’s 75th birthday. But I understood exactly what Morris meant because I had been a silent learner and it shaped my life. Increasingly, architecture is seen as a visual art, as an adjunct to sculpture, the making of icons. Gropius saw architecture as a social, rather than a visual art.

We tend to separate our environment into the ‘physical’ and the ‘social’, but if we put them back together, I would say that architecture is an environmental art and that all learning is partly environmental. We all know that, in trying to understand a place, we tune in to the expressions on people’s faces and the tone of their voices.

As an environmental art, architecture has a small, but significant, effect on many things, not a big effect on one thing. As a boy moving into adolescence, I had no vocabulary to help me understand what I was experiencing, nor lessons in how to do so, but I knew what expressions of caring felt and looked like. I cared enough to photograph it.