Over the last forty years a phenomenon has taken place across many European cities that has seen large areas of inner-city land restructured to improve ‘places of connection’ and enhance the value of existing assets.

Whilst experiencing several of these (re)developments throughout my career as an urbanist, I have always been amazed to discover that client-promoters opted to re-invent the wheel as the result of a mainly inward-looking process that addressed local and temporary issues, often viewing developments as a manageable collection of individual projects.

But urbanism is not large-scale architecture! These developments may take a generation to complete and have a profound impact on the character and function of surrounding areas, not to mention the life and energy of the wider city. It is therefore critical to look outward to define the essential urban principles required to sustain a development until it reaches the threshold of maturity and becomes an embedded part of the city’s fabric.

Based on a mutual appreciation and concern for this issue, John Worthington AoU and I established a virtuous and active platform on which specific knowledge of complex inner-city developments could be exchanged. The Learning Cities Platform was formed with three aims: (1) to give cities the chance to share experience and identify common problems; (2) to bring together their public, private and community partners; and (3) to develop robust approaches to managing the process of transforming places of connection that transcend political aspirations and organisational structures.

During 2012, the Learning Cities Platform, supported by the networks of the AoU and INTA, brought representatives of six European cities together over three days in Utrecht. Each brought with them a frank and open attitude towards their key projects and a willingness to invest a level of trust in their fellow cities.

The activities of the three-day process in June have been distilled into a report, Places of Connection, which demonstrates the methods of comparison used by the learning platform. It concludes with a set of common principles that can be of use to other major city developments. Relating these principles to the presented plans helped give new insights to participants and a heightened awareness of their individual roles in the process. For me however, the platform’s greatest success was the freedom it gave these cities to explore behind their PR ‘fronts’ to discuss challenging issues openly in a trusting peer group environment.

Of the ten principles that the group agreed upon, the following three struck me as being particularly paramount to the long-term success of any development. 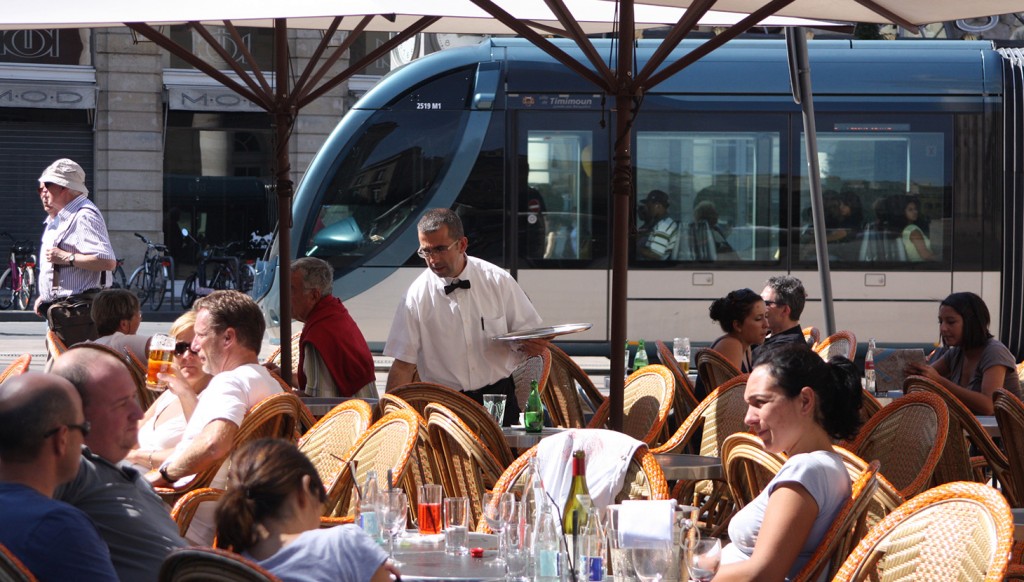 1 Collaboration and trust
The long-term character of most developments calls for a new attitude to collaboration. Principles deriving from this include:

Align the stakeholders & identify the change-makers
Ensure the goals and aims of the collaboration are clear for all parties and acknowledge the importance of small groups of committed individuals by giving them a voice. For instance, Bordeaux celebrated 2012 as the Year of Collaboration! A competition was held that called for five city-wide dialogues on the future of urban development, rather than ready-designed architectural entries.

Recognise communication as an initiator and driver of change
Genuine, structured communication generates citizen commitment and engagement, and is essential to delivering collaborative development.

Build confidence from results
Allow for continuous change – constantly evaluate outcomes and feedback to inform ongoing development. For example, Malmö has understood that delivering long-term complex projects is a process of building trust between different interests and establishing common goals. In the Western Harbour development, the planning department worked with a wide range of partners to apply a value-based urban design model that generated a structure of agreed priorities that can vary over time, as needs and conditions change. This process created an open dialogue that brought on board all interests and encouraged a continuous process of feedback and improvement.

2 Scale
Not the same as size, but the factor of scale, including how to connect people and places:

Turn places of separation into places of connection
Successful places unlock latent value in centrally located, but spatially fragmented, areas through the creation of new connections. The new Bordeaux tramway not only provides a physical connection, but also demonstrates the rich value of the city’s distinct quarters.

Recognise the different scales of connection
Resolve potential conflicts caused by the large and segregating infrastructure of global movement systems, including rail and water, by careful design of the interface with the local scale of pedestrian and cyclist amenities.

3 Urban complexity
For me, one of the most insightful and eye-opening ideas came from HafenCity, where complexity is an active ingredient to success:

Celebrate complexity – be expansive not reductive
Cities thrive on diversity and ambiguity – be prepared to take manageable risks allowing for choice, diversity and the unexpected. Hamburg has already completed a major part of the new HafenCity quarter by implementing its framework for ‘actor-centered induced development’ focusing on integrating old and new. They have changed perceptions of urbanity, not with a fixed masterplan, but by supporting collaboration and co-production within a guiding framework.

The approach recognises that if a city is to achieve the right diversity of uses that can elicit a lively sense of place, it must increase its complexity.

Looking to the future
The two-day symposium in Utrecht firmly established the value of bringing together cities with common and shared challenges.

The Learning Cities Platform (www.learningcitiesplatform.eu) provides the foundation to expand the network to other cities across Europe, based on a programme of learning, research and exchange of knowledge. It is not a network of consultants, but rather a network of people with different roles and backgrounds, who work within urbanism and who love cities!

During the coming year, the Academy aims to draw together those cities that participated in the Utrecht symposium and finalists from our European City award to establish a European Learning Cities Network.

Download a copy of Places of Connection from
www.LearningCitiesPlatform.eu