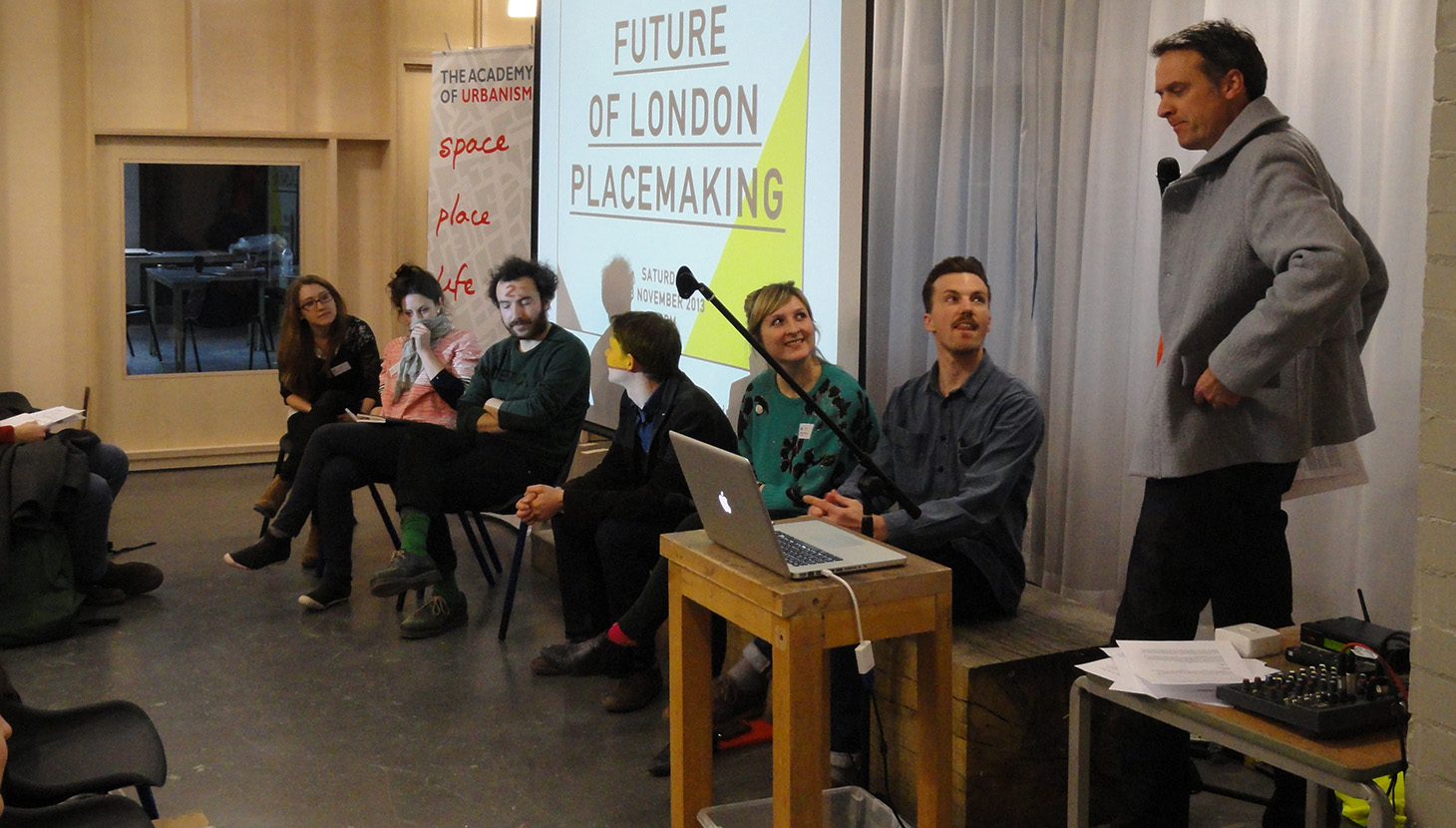 Words by Roland Chanin-Morris, an active member of the Academy’s Young Urbanists. Roland is part of a small economic development team at AECOM sitting between the Planning and Economics divisions and providing socioeconomic research and analysis on a variety of design and planning projects in the UK and abroad, including large urban and regional spatial plans as well as site masterplans, economic impact assessments and urban regeneration.

This past Saturday, 150 young urbanists and friends converged to the Cass Faculty of Art, Architecture and Design in Aldgate at an event organized by Young Urbanist member and Thinking City’s Francesca Perry, to explore the Future of Placemaking in London.

Opening talks by Francesca, Cass Dean Robert Mull and Cass Visiting Professor Mark Brearley set the scene. London’s extraordinary economic performance, fuelled by its great creative capacity, appears to be falling short in creating the sort of high-quality places which nourish the city and support its future success. In fact, in many cases it seems to be having the opposite effect: commercial development creates uninspiring and often exclusive environments, while gentrification makes valued places unaffordable to those who formerly enjoyed them. This is a serious threat to a city which trades on its vibrancy and quality of life.

We next heard a series of lightning talks from some of London’s cutting-edge placemaking practitioners, who are trying to reverse this trend. Their work focuses on interventions in the city to create foci for social life and creative and public expression, reminding us that the city should be fun, responsive and widely accessible. It focuses at times on resurrecting the lost histories of places (like Studio Weave’s Paleys Upon Pillars around the corner from the Cass); or creating new stories (like Assemble’s Folly for a Flyover). They have often had to be entrepreneurial and pre-emptive, acting to create their own projects and briefs rather than waiting for grants and commissions.

We then split out into breakout groups for more in-depth discussions on how a new agenda for placemaking in London could look. The wide-ranging conversations touched on issues such as whether pop-up and meanwhile uses are still desirable as a strategy; how to be more participative; the role of the High Street; creating an ‘extroverted economy’; and how to involve the public sector and the all-important developers in the discussion. We discussed why this placemaking agenda has gathered momentum in recent years – perhaps as a result of the recession, which has forced a focus on such low-cost, bottom-up interventions; or perhaps for the opposite reason, with London’s success fuelling increased interest and funding.

The next step is to bring together these thoughts into a short report providing some provocations and directions for action. This will have to speak to the underlying question with which the day started: with all London’s latent creativity (demonstrated by the many young urbanists in the room) how do we embed good placemaking in London’s development, so that the city’s ongoing success and growth generates more high quality places, rather than fewer?