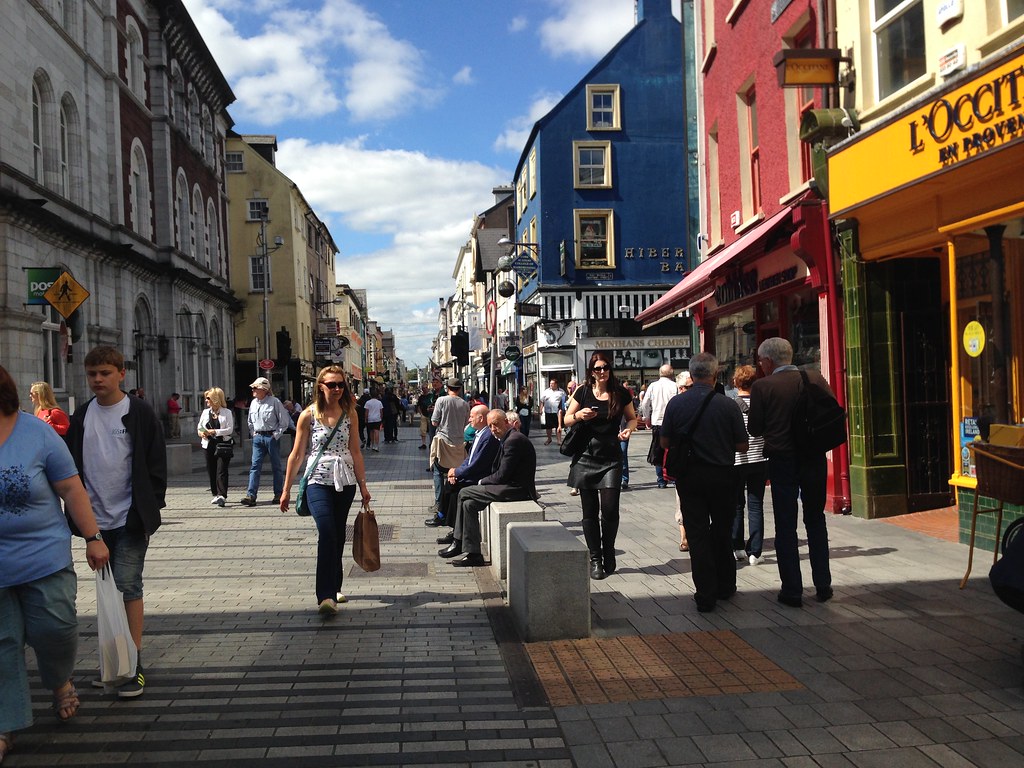 1. Major change can grow from one small conversation
The initiative that is dramatically reviving the street at present started quite recently with a conversation between two local traders at the hairdressers. They both had the same idea that collective effort could lead to greater fortunes for the street and “went for it”. Once this “bottom-up” process has begun a strong mayor, councillors and officers were needed to consolidate the initiative.

2. Greater diversity adds value
In order to remain relevant, streets have to appeal to all cultures and ages and work for residents, workers, and visitors.

3. Physical change can be a starting point but not more
Local traders were very proud of the repaving scheme that is both elegant and robust, but it did not catalyse the current revival at the time. It remains important however as an enhanced setting for the ‘soft’ changes that are currently being developed.

This is a resilient and optimistic street displaying innovation and tradition in balance.

The business community has set up the ‘Plunkett Quarter’ initiative to enable traders to work collectively to mutual benefit. The city council and the wider community of shop owners and tenant and market traders have enthusiastically supported this initiative, which after just two years is bearing fruit.

There are a remarkable number of family-owned businesses in the street both new and several generations old that have traded continuously and successfully on this street. Indeed, according to a recent study, Cork has the third highest level of independent traders and places to eat and drink of all major towns and cities in the UK and Ireland. They and others have come together to celebrate the collective endeavour and to plan for the future with joint marketing, promotion, events, and ideas.

The street was subject to a competition-winning re-paving and lighting scheme in 2005 by Beth Gali, the Catalan architect. The robust scheme, using a rich mixture of high-quality materials, has served to restore confidence in the street and by excluding vehicles brought a new dynamic to the experience of this interesting and diverse shopping street. The street has a significant footfall as it not only connects the business district with the English Market, a roofed food market, but, also across its length, via a number of cross-cutting minor streets that each have their own characteristics and yet more independent shops.

Historically, the street was the commercial centre of this part of Cork, the spine of an eighteenth-century urban extension into the maritime flood plain. Later, wider streets were created by filling in adjacent waterways. Here larger corporate buildings, department stores and hotels could be developed and so the importance of Oliver Plunkett Street declined. Nevertheless, due to its strong connectivity, it remained an important street where small-scale retail businesses and the indoor English Market thrived. It has been through many cycles of decline and success and, having suffered from significant changes in shopping patterns in recent decades, is now entering a new heyday.

The reasons for this uplift in the fortunes of Oliver Plunkett Street are, perhaps inevitably, both various and serendipitous. The street was considered in a City Centre Strategy commissioned by the council and published in 2014, which advocated a “renaissance of the city centre” through “improvements in property, infrastructure, services, management and marketing” and the establishment of a “Business Improvement District” (BID). Though the benefits of the latter approach are already being garnered from the existing initiatives that have been set up and the idea of a formal BID was therefore rejected. Instead the Plunkett Quarter group has set out its own three-year strategy to revive the fortunes of the area. They recently organised the “Long Table” event providing dinner from local outlets on a 500m-long table running the length of the street. It is also significant and beneficial that some food outlets source their produce from local suppliers

Surprisingly, the street is not in a conservation area and only a few building have statutory listed status. The most significant characteristic is the cohesiveness generated by the scale and variety of buildings the whole length of the street, with few exceptions, which creates a unique charm. Historically, new interventions in the style of the particular era have contributed to the diversity of the rich streetscape without conflicting visually with the older buildings. Furthermore, the diversity of businesses, including many supporting the nighttime economy, leads to vitality and vibrancy. The range of shops is excellent and crosses many generations from traditional cobblers to a hipster brewery and everything between. This means the appeal is approaching universal rather than mono-cultural.

With new developments being brought forward beyond either end of Oliver Plunkett Street, the footfall both along and across the street should increase over time. Although the general character of the street is a rhythm of similar proportioned facades, there are some significant variants. Several larger buildings have been inserted and there are current moves for at least one store to expand along the street. Previous expansion has generally been into backland sites provided by the historic areas for horse stabling and storage of goods delivered to the former quays along South Mall and Princes Street.