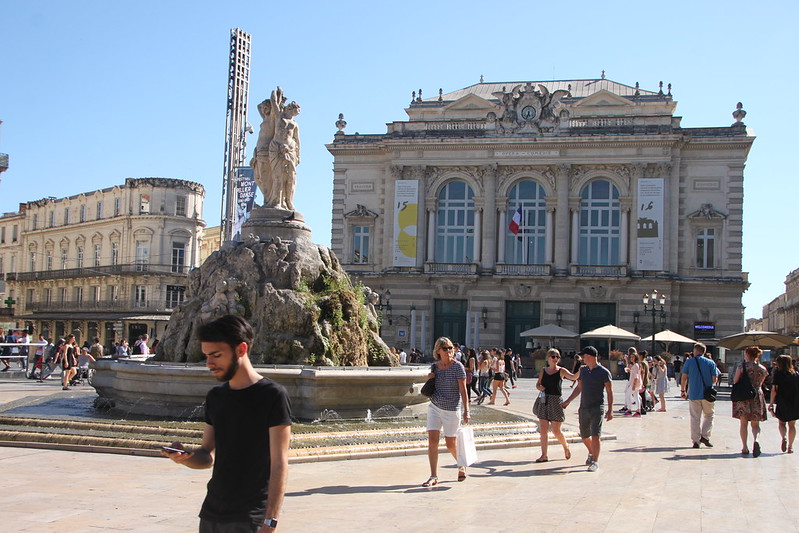 1. Value of consistent long-term public-sector led approach
Montpellier is a great example of the value of public sector-led, long-term planned and patient approach to strategic spatial development and wider partnership-working.

2. Intelligent use of Special Purpose Vehicles (SPV)
Montpellier has intelligently used public-private SPVs (eg. SERM) to maximise values and return in terms of economics, social and amenity benefits. They have enabled this by giving them a clear bespoke remit; intelligent approach to land acquisition and land use; and relevant delivery powers.

3. Value of investing in high-quality living environments
Montpellier is an exemplar in the value of investing in high quality living environments, including extensive exemplar public spaces and public transport; climate change amelioration; and truly mixed communities in terms of typologies and tenures – in particular the upfront investment in high proportions (>30-50%) of social & affordable housing as a key tool in promoting social and community inclusion.

4. Exploiting the latent potential of academia
One of the keys to Montpellier’ s recent remarkable reinvention has been harnessing the latent potential of Universities/Grand Ecoles, plus focused public sector-funded support programmes, as catalysts for knowledge-based economic development, cultural richness and associated inward social broadening.

5. The city as an ‘urban laboratory’
Montpellier positioned itself 30 years ago as the experimental ‘urban laboratory’ for French urbanism, and so has lots of both best practice and lessons learned. It is noticeably a city with a greater degree of peaceful cultural, ethnic and social co-existence and interaction, due to a consistent ultimate driver of creating a better city for all citizens.

Montpellier was founded in 985AD under a local feudal dynasty, and so is one of the few large cities in France without any Roman heritage or a Greek foundation. It sits below a rocky escarpment facing out towards the sea, but with its distinctive ‘garrigue’ scrubland and 10km-wide coastal plains, marshes and lagoons of the 930 sq km Camargue separating the city from the Mediterranean.

The city came to prominence in the 12th Century as a Mediterranean trading centre (especially for spice), with a rich diverse culture and reputation for tolerance. The University faculties of law and medicine were amongst the first in Europe in 1220, and continue to be one of the major European centres for medicine.The city’ s population at this time was 40,000, and it was one of the top three economic centres in France. Much of the population became Huguenots (Protestants) during the Reformation in the 16th Century, and it became a stronghold of resistance to the Catholic French crown.

Montpellier’ s economic power & prominence declined after the French Revolution as other cities grew faster. It became more industrial in the 19th Century, but remained a relatively undynamic small city until the mid-20th Century. Its population then exploded by70%, with a combination of Spaniards fleeing Franco’ s dictatorship, and some of the 1mFranco-musulmans rapatries refugees from the Algerian War of Independence (either French living in Algeria, Pieds-Noirs or Harkis – Muslim Algerians who worked and/or fought for the French).

The city‘s population plateaued at around 190,000 (28th in size in France) until George Frêche took over as Mayor in 1977. Frêche had a simple but grand spatial vision of reconnecting the city with the Mediterranean on which its early fortunes as a trading town had been based. The cohesive spatial plan – known as SCOT – is unusual in defining the areas not to be developed. It also reintroduced the River Lez to the city centre to provide a ‘spine’ for development, which has subsequently been re-adapted to deal with climate change-driven flooding. Development areas were separated into quarters and planned with a mix of uses & tenures and amply green space to create more balanced communities, with up to 25% of new residential being social housing. Frêche persuaded central French government to use the city become the nation’ s ‘urban laboratory’ , with many large-scale ‘pilot’ initiatives tested as a result including to redevelopment of significant military landholdings (as the new Antigone neighbourhood); and the reintroduction of trams and city centre pedestrianisation (one of the first European cities to do both) in the 1980s. Finally, and possibly most critically, Frêche recognised the latent economic potential of the city’ s University and the power of public-private partnerships – for example the highly-effective SERM agency, which has been patiently assembling land over the past 30 years, enabling delivery of essential infrastructure and then competitively harnessing private developers to create new/renovated neighbourhoods.

The new Mayor, Philippe Saurel, was elected in 2014 and was one of the first on France to be ‘sans etiquette’ ie. without affiliation to any political parties (although he had previously stood as a local politician as a socialist): he claims this political freedom allows him to remain project-driven The city and its 30 satellite municipalities have since voted to become one of the first new French “Metropoles” (which has no exact UK equivalent but is an extended version of the new city-authorities being created in the UK).

The city has a very strong Higher Education base. It has 2 universities, 8 Grand Ecoles and 2 Business Schools. As a result it is a very youthful city, with 43% under the age of 30.

The new Metropole’ s population is 430,000, making it the 8th-largest city in France. Its population growth is the highest in France, at around 13% per annum. The population has grown 43% over the past 30 years ie. since the mass immigrations of Spanish and Pieds Noirs.The city has a beautiful grand historic core which is well-maintained, well-patronised and showed plenty of examples of intelligent re-use. Its warm sunny climate (over 300 days of sunshine/pa) enables its residents to spill out into streets and squares, with both planned and impromptu entertainment & arts and a high number of artisans and craftspeople still living/working in the centre (a contrast to many other European cities). It feels very ‘human’-scale’ , relaxed and civilised, but has a buzz and dynamism, with vibrant culture of all types represented including museums, theatres, design schools, arts et metiers districts and street festivals. Although it is a youthful city, all ages and social classes were strongly represented in the streets at all times and the day & evening –an interesting contrast with some other student-heavy cities.Nature is preserved within the city, with green spaces of all sizes and ages well-used, with a policy that at least 1 new park is created in each new development. The city has been recently voted as one of the best French cities for its identity and quality of life; and is well-recognised across Europe for providing an exceptional living environment.

Economically, the city has been very successful in generating, growing & retaining new businesses, especially in knowledge industries such as biotechnology, health & medi-tech and green technologies. It badged itself as France’ s first ‘TechCity’ , and was voted by the BIC in 2006 as ‘best business incubator in the world’ .It led in the development of ‘Technopoles’ and now has over 14 business parks, combining creative re-use with new buildings to create everything from incubator space to clean production facilities, plus many networking and business tourism facilities.The current Mayor is proactively looking to not only protect but expand industrial activity, in recognition that high-tech businesses and start-ups are not the answer for all citizens, and that a balanced economy was a much more resilient economy.

The city is not without its problems. The unemployment rate in France at the time of the visit was 10%; youth unemployment rate nationally is 22.8% (the latter a consistent problem in French cities). The corresponding figures for Montpellier are 13.3% and 37% respectively, which combined with a long-term unemployment rate within those unemployed of 40.4%, indicates a degree of entrenchment which the city is finding difficult to resolve despite its many focused employment, skills & entrepreneurship programmes.

Some of the assessment team also wondered about the impact of ‘grand schemes’ on both the urban fabric and socio-economically, particularly those not owned or controlled by the municipality or metropole: for example the 1960s, vehicular-dominant Polygone retail centre, which created a visual and movement blockage in the heart of the city centre.