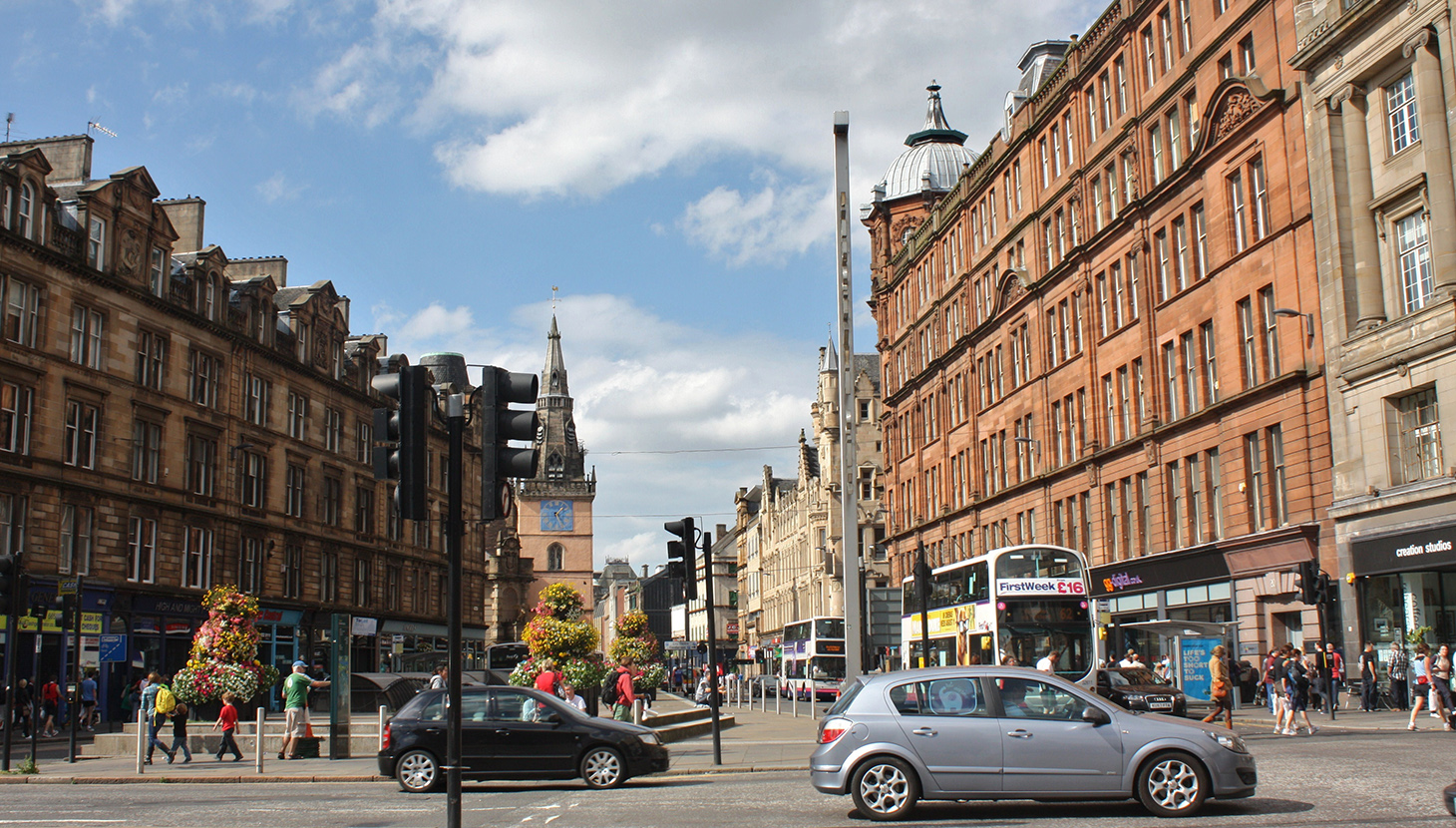 The Merchant City is a unique place. The neighbourhood was planned with an historic offset grid with vistas closed by the mansion houses of tobacco merchants after whom the neighbourhood takes its name. In the decades that followed, its character changed to warehouses and wholesale markets all of which have left a legacy of fine and varied building stock.

In the last 25 years, a series of projects such as Ingram Square, the Italian Centre, Cochrane Square and the Fruit market conversion and refurbishment have set new standards for development in inner city neighbourhoods in the UK. The Merchant City Festival now has over 600 artists providing entertainment in a wide range of activity from the visual arts and comedy to cooking and fashion.

The Merchant City is the Greenwich Village of Glasgow – an urban village with a metropolitan character – a mix of national (Scottish Youth Theatre), City (The City Halls, The Tron Theatre, the Gallery of Modern Art – GOMA) and local clubs, cafes and bars – the Merchant City is BoHo Glasgow. The area has a reputation as home to cutting edge bars, restaurants and hotels and as a centre for small creative businesses, independent retailers, artists workshops and galleries. More than 45 new businesses have moved into the area in the last year.

The Merchant City community benefits from people of all ages – people come to live, to work, to visit and to pass time. There is mixed permanent community of young people, students, professional couples, families and the elderly.

The neighbourhood has over 70 kilometres of streets of which some 59.5 km have active street frontages – shops, cafes, bars and restaurants. Some 700 businesses are located there.

The Merchant City exhibits all of the qualities of traditional urbanism – passive supervision from apartment windows and shop fronts – outdoor eating and drinking across a long period of the day, beginning around 8am and extending well into the hours of darkness. Although an inner urban neighbourhood, the River Clyde linear park is within 5 minutes walk, as is Glasgow Green – Glasgow’s oldest public park – that extends to some 200 acres.

Largely as a result of continued support and investment led by public agencies, there has been a considerable rise in property values since the early 1990s that in turn has helped to fuel a renewed level of economic activity. Strathclyde University Campus lies adjacent to the Merchant City and, in a joint venture with Scottish Enterprise, the City Council and the Private Sector, the University has driven forward the development of a £60m “Science City” with numerous new housing and student accommodation buildings, respecting the original street pattern and creating improved streets and squares as the development continues with active ground floor frontages and uses including shops, cafes, restaurants and bars. In addition to a series of “exemplar” projects to improve the public realm (including the award-winning Royal Exchange Square, Buchanan Street and Argyll Street), over £2.5m is spent annually improving the quality of streets and footways throughout the Merchant City rolling out a programme based on the seminal public realm strategy for the City Centre produced in the 1990s.

The whole intent behind the Merchant City Partnership is to make the neighbourhood one of the principal areas that helps to sustain the City of Glasgow itself by providing a wide and attractive range of places to live, to work and to visit. The population of the merchant city is now over 3000 with two active community councils. Most people who live in the area walk to work and management of the neighbourhood encourages pedestrian and public transport over the car.