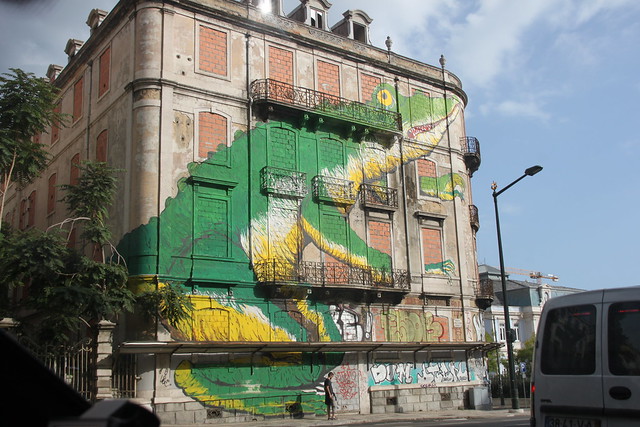 1. Lisbon has continuously overcome physical, economic, and political challenges that have proved them to be a resilient and innovative city, with Mayor Antonio Costa currently taking a strong leadership role in developing a vision for the city, utilizing public and private partnerships to deliver regeneration, particularly in the city centre, exemplified by the decision of the Mayor to relocate his office into the rundown, red-light district to stimulate regeneration

2. Local councils are being restructured to offer residents better organization and accountability within government. Additionally, the citizens have been devolved some 5% of the city’s budget to allocate to projects of their choosing (known as participatory budgeting) via a system of nomination and voting, proving an effective mechanism for delivering locally driven improvements across the city and stimulating a higher level of participation and engagement

3. Lisbon has many cultural influences, notably from Africa and Brazil, that have created a strong culture which is both local and international in flavour, yet unmistakably Portuguese and fundamentally urban, and is reflected in the public realm in the limestone pavements, the historic (and modern) trams, the tree-lined walkways along major boulevards, as well as in various public buildings that house art galleries and historical collections

4. Lisbon has made considerable progress in stemming the loss of population to the surrounding region, with the city’s population now stabilizing and the number of households increasing

5. As well as economic restructuring to centre Lisbon as an important Atlantic hub, the physical redevelopment of the city is a key component in its transformation, illustrated in the redevelopment of former port and industrial land (as well as finding creative uses for older buildings) to create new neighbourhoods and reconnect the citizens with the waterfront

Lisbon is a city which has endured for more than two millennia. Over time it has faced enormous physical, economic and political challenges: ravaged by an earthquake in the mid 18th Century it rebuilt its heart to create the outstanding Baixa central city district; from the colonial and authoritarian era which ended in the 1970s, it has evolved into an outward facing cosmopolitan city; heavy industrial blight has been transformed to an attractive destination and vibrant city district through a World Expo; and today, faced by enormous economic challenges, Lisbon is seeking to evolve innovative ways of working with communities across the City.

Under the leadership of its Mayor and Executive Council, Lisbon has undertaken a fundamental review of its future direction and modus operandi. It aims to reinforce its role as capital of Portugal and regional centre based on being a ‘city of neighbourhoods’. This involves administrative reform with the devolution of power to newly strengthened local councils. New ways of working are being developed including participative budgeting. This allows local people to have a much greater involvement in the development and management of the city. The early results from this process are encouraging and provide a model which could be followed by other European city governments seeking to re-engage with their communities.

Lisbon provides a unique setting for the expression of Portuguese culture. This comprises many influences, reflecting the city’s ability to draw on Atlantic and Mediterranean traditions as well as its links to Brazil and Africa. Located on a hilly site on the northern bank of the Tagus estuary, Lisbon comprises a series of distinctive neighbourhoods such as the tightly packed Alfama, the grid planned Baixa district and the historic waterfront community of Belem. These districts contain and are drawn together by high quality public spaces – squares, boulevards and waterfronts many of which are paved with a distinctive limestone mosaic – ‘calacada portuguesa’.

The quality of the built environment which ranges from national monuments to areas dominated by flyposting and graffiti speaks of a vibrant and living urban culture. This is reflected in the folk tradition of ‘fado’, street art and events. Lisbon is a city for living in and enjoying. This extends to the Parque das Nacoes which provides a successful example of the transformation of a contaminated industrial area using a World Expo to create a successful new city district which reflects the modern Lisbon.

Lisbon has made considerable progress in stemming the loss of population to the surrounding region. In the last intercensal period, the city’s population has started to stabilise with the number of households increasing. However the city faces a challenge in modernising and increasing its housing stock to meet the needs of a full cross section of society, particularly middle class families. However for immigrants, students and tourists Lisbon is an enticing city which provides an active and vibrant atmosphere. Much of life takes place in public – in the squares, and streets and the cafes and restaurants which can be found in the city centre, on the waterfront and in most neighbourhoods. This produces a safe and civilised urban environment. Given its density, Lisbon does not possess extensive areas of green space with the exception of the green forest lung of Monsanto, which gives character to the western city suburbs. However the city and its residents benefit from proximity to the Tagus which imbues Lisbon with the special qualities of a waterfront capital

Lisbon is not a wealthy city by comparison with other Western European capitals. Indeed it currently faces considerable economic challenges. However it plays a crucial role as the commercial hub of Portugal and its wider city region. Considerable progress has been made in restructuring the city’s port and industrial base by redeveloping the waterfront and major brownfield sites. The success of this approach can be seen most clearly at the Parque das Nacoes and in the development of an international medical research facility on the waterfront by the Champalimaud Foundation.

The city continues to pursue active policies aimed at stimulating private investment along the waterfront and within the historic city core and progress is being made. However the existence of significant disadvantage for certain groups and neighbourhoods is recognised and is being addressed through a range of community based initiatives.

The performance of Lisbon in terms of social and environmental sustainability needs to be judged against other Southern European cities. The assessment visit revealed a high awareness of social segregation across the city and genuine attempts to develop innovative approaches to addressing the challenges involved by engaging local communities through a participative budgeting process. This has been translated into a number of community led projects aimed at addressing disadvantage within different groups and neighbourhoods. At the same time the city offers a range of public spaces and facilities which are accessible to all sections of society. Lisbon does not feel like an exclusive city.

In environmental terms, Lisbon both respects and responds to its unique physical setting. The character of the city, its buildings, squares and green spaces address the waterfront and are shaped by its local topography. This can be experienced by taking a tram through the historic Alfama district.

The coast of Portugal is blessed with significant renewable energy resources from which Lisbon is benefitting. Within the city the main focus of activity is on promoting alternatives to the car and the use of non carbon based energy supplies in transport. Lisbon will shortly have the most comprehensive supply network for electric cars in Europe. These are being actively promoted by the City Council amongst its own workforce.

Lisbon is an organic city which has grown both along and away from the Tagus waterfront. This poses a considerable challenge in terms of providing a coherent transport network, particularly rail and metro, where there has been recent and continuing investment. However the city benefits from a well developed bus and tram network, although this frequently has to compete for congested road space with the private car. Cycling is at present only weakly developed. However Lisbon is a city which rewards the walker.

Lisbon possesses a good range of city centre functions although the development of these has been somewhat constrained by the physical limitations of the historic environment. As a result, commercial and cultural activities are to be found scattered across the city, particularly along the waterfront. This adds greatly to the richness of the city’s neighbourhoods and the qualities of Lisbon as a city to explore and enjoy.