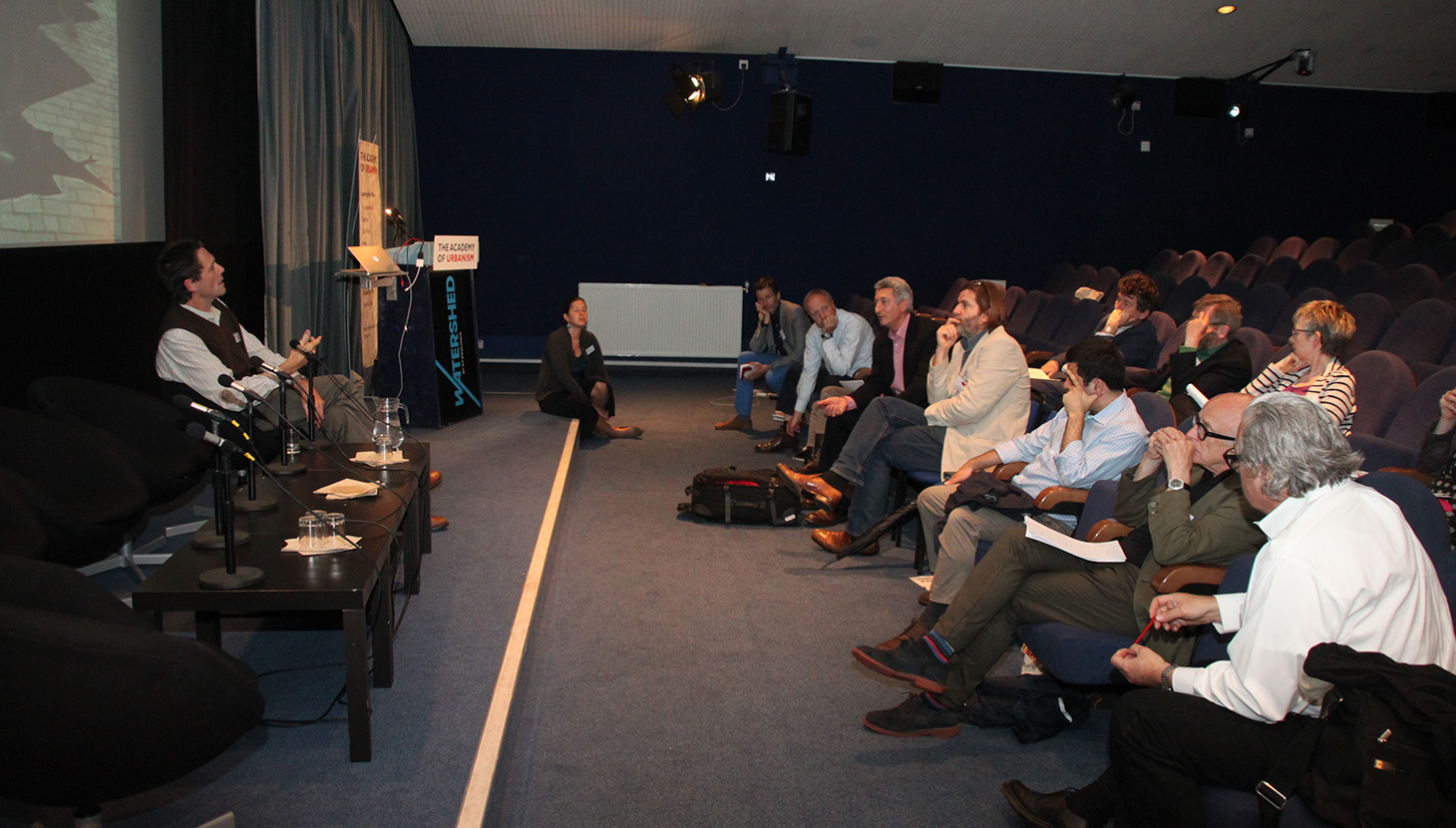 This workshop, led by Ben Hamilton-Baillie, challenged participants to think about the aims of the 20 mph speed limit set across many areas of Bristol. Asking: are we aiming for cars running at such speed? Or are we aiming for more liveable streets? To make the case of a “social protocol” rather than a regulatory protocol, Ben presented the example of parking lots. Parking lots, which have no set speed limit, are typically places where people feel safe to walk without fear of danger. If we are aiming for liveable streets we must design-out car speed, rather than enforcing it with a mere sign.

Participants commented on various schemes in which car speed had been designed out –Poynton being one of them. Here, the initial speed had been 30 mph, however, following a re-design of the streets and roundabouts the car speed fell to 17 mph, without the instatement of speed limit signs. Here again, traffic lights had been removed as had road markings, including the centre line, whilst at the same time the pavements had been widened – doubled in width – and most two-lane streets had become one lane. These changes mean that drivers now have considerably less indication on what to do and therefore they must negotiate their movement with others. They are forced to pay greater attention to what is happening on the road and find their way by being courteous to other cars and to pedestrians, rather than numbly following ‘the rules’. It was found that even the zebra crossings become unnecessary with car speeds averaging a lowly 17 mph.

Ben pointed out that each scheme has to be considered individually and, to illustrate this point he referred to some developing countries where a poor quality public transport network means that streets bear the strategic role (and the burden) of transporting people fast, which is not the case of Poynton.

In the second part of the workshop participants were taken to visit to two different places in Bristol. First to Anchor Road, an area with a speed limit of 20 mph, where guardrails enforce pedestrian crossing at designated places to protect them from fast moving traffic. Whilst on the road, the centre line dividing two motorised traffic lanes had been maintained. Despite its success in achieving lower traffic speeds, it was felt that there is room for improvement still.

From Anchor Road the group walked to Queen Square, a finalist of the Academy’s Urbanism Awards and altogether a more coherent space. No centre lines or zebra crossings: all modes of transport had to negotiate their way. Cyclists, pedestrians and cars coexisted, whilst being careful from, and courteous to, others.

It was clear that the provocative title of the workshop, ‘Let’s Abolish Speed Limits!”, was a call to change the regulatory contract to a social contract; a request to go further than the prohibition (by way of a sign). A call asking that we think about environments designed for lower speeds: places intended to host more interaction between the different modes of moving, and dwelling, in the city. The workshop was about modifying urban environments to reduce car speeds and support city life, rather than simply demanding a speed limit regulation.