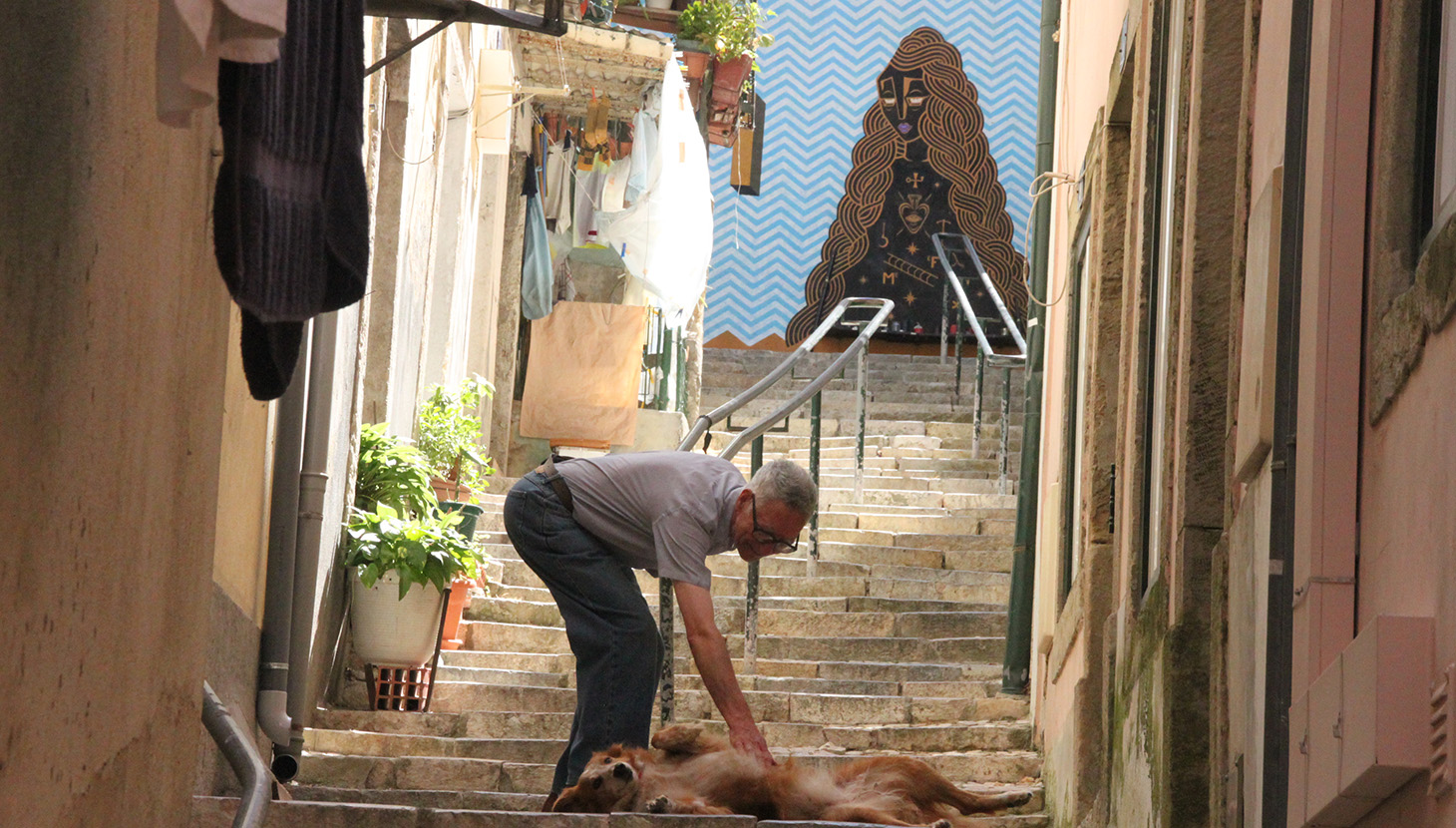 This is apart of the Learning From Lisbon Report, to read more click here.

All European cities have had to adjust to the negative impact of the global financial crisis and many, including Lisbon, have had to re-shape their policies and programmes to deal with the impact of severe austerity. A key theme for contemporary urbanism is the need to develop and share understanding of how different cities have responded to the challenge of ‘doing more with less’ – both terms of their capacity to generate innovative approaches to steer them through austerity and the extent to which this innovation provides a strong foundation on which to progress more effectively when austerity pressures start to ease.

Sustainable regeneration:
The first lesson from Lisbon is the vital importance of city leaders developing and sustaining a long-term vision. The leadership of Lisbon is energetically promoting its long-term commitment to creating a better city for citizens, businesses and visitors alike.  The 2012 Master Plan articulates this vision by establishing a clear path towards achieving a relatively small number of interrelated strategic objectives for the regeneration and development of the city. But the Plan acknowledges that delivery timescales for major projects will be longer than previously anticipated. Hence it also provides tools to enable large numbers of smaller scale projects that can be realised more quickly.

The Master Plan embodies a fundamental shift from the traditional land-use zoning plan approach of its predecessor, to a spatial development framework for regeneration and growth. The Plan provides a coherent and integrated set of new policies and new tools, all of which emphasise the development of new partnerships with a widening range of stakeholders and the creation of opportunities for enhancing citizen engagement.

The Plan demonstrates the value of an approach to sustainable urban development which combines a series of interlocking and mutually supporting strategic policies for economic regeneration, social inclusion and improved environmental performance;

Lisbon’s commitment to moving towards sustainability, despite austerity, is driving this process of innovative planning and the creation of new tools to secure programme and project delivery. However, implementation is in its early stages and it will be some time before the impact of the new policies and programmes can be evaluated. Moreover, the city’s leaders are also realistic about the limitations of their policies. In particular, they are aware that there is one very big issue which has yet to be grasped – the fact that a large majority of the city’s housing stock is not earthquake resilient. Resolving this problem will require a combination of redevelopment and rehabilitation in a major long-term programme.

But the earthquake threat is also an opportunity to significantly reduce the carbon emissions from the city’s housing through a redevelopment programme that would deliver eco –neighbourhoods and eco-retrofitting better quality neighbourhoods. Can Lisbon move towards being a city of carbon neutral Bairros? Current strategies to promote rehabilitation, energy efficient housing and community-based neighbourhood regeneration could well lay the foundations for the development of such a programme. Other European cities and towns face the same threat of disaster – particularly Istanbul which is now using enhanced and tradable development rights as a tool to promote the privately financed redevelopment of earthquake vulnerable neighbourhoods. There is a case for Lisbon to build stronger links with the leadership of such cities and an opportunity for The Academy of Urbanism to facilitate this process.

Localism with teeth:
The ethos of the Master Plan is one which values and encourages a much more flexible and participatory approach in which input from a wide range of stakeholders is both valued and actively sought. However, the extent to which its enabling ‘top-down’ policies and strategies are implemented will significantly depend on the development of ‘bottom-up’ capacity for programme and project development and delivery, using the new tools. Thus continuing the development of increasingly participatory city governance will be crucial.

Participatory Budgeting (PB) has both practical and symbolic importance. In practical terms it has worked to deliver projects which have been developed through a sophisticated process, radically different from long established practice, and to promote a mode of engagement which allows for citizens to have an impact of the developing shape of the city. This has generated genuinely innovatory projects which may well not have otherwise emerged. It has no doubt also generated projects which city officials may have included in the city budget in any event. That the incidence of the latter may increase under the continuing impact of austerity does not alter the fact that the participatory PB processes are now firmly embedded in Lisbon city government and that projects which emerge from this process symbolise the leadership’s commitment to evolving a new form of governance.

In England, from 2008 to 2011 the government funded a Participatory Budgeting Unit (through the charity Church Action on Poverty) to promote, support and develop PB. This initiative was predominantly about allocating discretionary grants to small local projects, through PB operating at neighbourhood or ward level. Over 100 such schemes were undertaken by 2011, but there is little evidence to suggest anything like the impact that PB is having in Lisbon. Moreover a change of government of brought a switch to Neighbourhood Level Community Budgets co-designed by residents and officials. These are now being piloted in 12 neighbourhoods and led by a variety of local authorities, parish councils and community groups. These pilots may, or may not, draw on the experience of their predecessor central government sponsored PB pilot projects. The experience of Lisbon suggests that building PB into this co-designing process would enhance the prospects of a successful pilot programme.

PB and related community-led regeneration processes in Lisbon are now being placed in the very different context with the introduction of urban parishes. This will drive budgeting down to neighbourhood level and has the potential to radically change city governance. Much will depend on the way in which this finer-grained system of representative democracy relates to the embryonic processes of direct citizen engagement developed through PB and the work of neighbourhood community groups in recent years. The vision is that of city budgets significantly devolved to parish councils, which use PB to help shape neighbourhood budgets and provide higher levels of support neighbourhood organisations.  This model offers the prospect of integrating representative democracy and direct democracy to deliver effective participatory governance. In this way the City of Bairros has the opportunity to pioneer lasting innovation in urban governance. This will strengthen its capacity to both deal with austerity and eventually deliver a much more sustainable city.

In England the subject of introducing urban parishes has been intermittently but until recently, inconclusively, debated since the 1970s. However, as part of the localism agenda the government has recently announced that it has made it easier for urban parish councils to be established. Thus it has reduced from 10% to 7.5% of the local population the number of petition signatures needed to start the new parish creation process and has abolished the need for a petition where community groups have had a referendum and established a neighbourhood plan. This initiative will enable parish councils/community councils to be established one by one in our towns and cities. Milton Keynes is currently the only fully parished city in the UK. The Lisbon experience of establishing a city wide network of parishes at one go will provide lessons in the next few years which should inform the move towards urban parish councils in England.

Overall, Lisbon’s commitment to move towards sustainability despite austerity is generating action on the ground which is delivering positive outcomes in the short term, by getting more for less. At the same time the city is establishing the foundations for a system of participatory planning and development which will enable it to get much more from more as and when economic conditions improve.