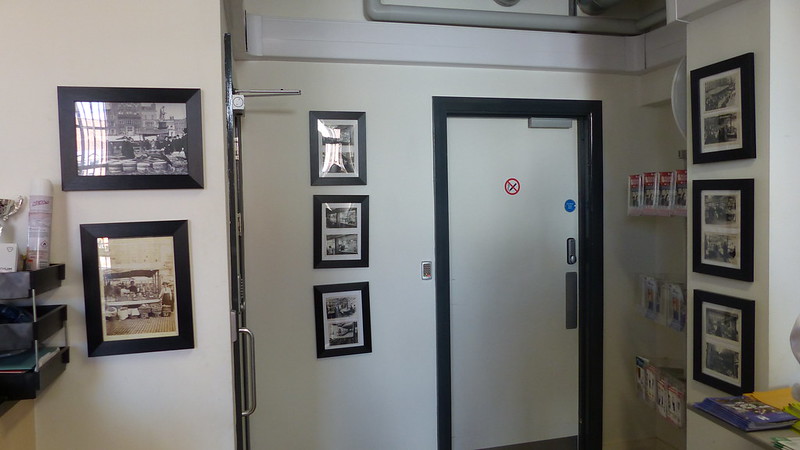 1. Demonstrating a clear ambition and being seen to deliver can be enough to change the perception of a place and catalyse inward investment

2. Markets are about enabling things to happen – it’s about talking, people and communication. ‘If you get that right you can do wonderful things’ – Shaun Miles: Head of Markets.

3. With a more diverse range of traders and particularly younger stall holders the market is becoming a place of start-ups – a business gateway to move on from.

4. The key to the transformation appears to have been the shift in the management of the market from Property Services to Tourism and Culture

5. This can be seen as a place of cultural exchange which helps to define the city’s identity.

Leicester City Market has been through a remarkable transformation.

The original market is around 700 years old and with over 400 fixed stalls has been referred to as the largest covered market in Europe. It is protected by a Royal Charter which prohibits any other market from operating within a specified distance of six-and-a-bit miles. The current covered market occupies the square in front of the Corn Exchange, originally built for the purpose and now of course converted for use as a restaurant and bars.

When we arrived in front of the grand symmetrical staircase of The Exchange the area behind this magnificent example of mid-Victorian civic pride was a huge building site. Or rather not building but demolishing. The modern, multi-level indoor market built in 1973 has been razed to the ground to make way for a new public space. Until a few years ago Leicester’s famous market was struggling to make a positive contribution. The stall holders were finding it hard to make a living and what little money the city was making form the rents was not being reinvested. But the biggest impacts on the market was coming from the increasing competition from budget stores, supermarkets and on-line shopping.

Another major factor in the design was the ‘rather grim looking’ indoor market on the site behind the Corn Exchange. We were shown images of a very bleak-looking, vaguely brutalist brick building which was recently demolished (2015). We were told that this ‘massive, domineering building was blank and illegible and didn’t work’. Access from the surrounding streets was poor and the internal arrangements impractical and unhygienic. This unloved edifice was the product of the boom years when the market was thriving and all stalls were permanently let and profitable.

The new market has emerged. To a great extent, by deep understanding of this market and in depth study and academic research. In 2005 the First National Survey of British Markets was published (Manchester 2005) by Nick Rhodes. In 2009 there was a Department of Communities and Local Government (DCLG) select committee report into the State of British markets. When the committee visited Leicester they were shown around by the then Head of Markets and Enterprise for Leicester City Council, Nick Rhodes.

There were a number of reasons for the decline not least of which was the local highways network and lack of affordable parking. Interestingly the use of payment cards and the fact that no one carries cash any more was cited as mitigating against fast trading in small amounts.

It was also identified at this time that the population of the city was becoming increasingly diverse and multi-national. There were concerns about social cohesion and the development of a strong identity for the city. It was agreed that the market could act as a strong focus for building that identity. The key decision appears to have been the re-allocation of the management of the market from Property Services to the Director of Tourism, Culture and Investment. The task was to transform the negative perceptions of the market into something positive for the city. It was now seen not as a property management problem but as a significant opportunity. The market would now be seen as ‘a place of exchange – not only of goods and services but also of ideas and culture’.

So what have they done?

The first move was to develop a brand new food hall next to the Corn Exchange. Architects Grieg and Stephenson have produced an elegant modern building as the first phase of an overall master plan to regenerate the Market Place. The steel and glass building is illustrative of the declared ambitions to generate good architectural interventions and high quality public spaces. Most importantly the new hall is full of high quality traders and magnificent displays of fresh meat and fish.

The remainder of the project, however, is very much a work in progress.

The opening of the new food hall marks the completion of the first phase of the council’s £9.2 M redevelopment of Leicester Market. Phase two is under way with the demolition of the old indoor market and the creation in its place of what is intended to be a significant new ‘Market Square’, a public space that will redefine the city centre. The publicity promises the usual high quality paving, lighting and planting. The covered market will be further refurbished and enhanced to provide for a wide range of stall holders.

The key to success in producing a great new place will be the extent to which the city can encourage the existing traders and property owners that surround the new space to raise their game in response. Experience would suggest that a well-made, well managed space in the heart of a conservation area will attract the shops, cafes and bars that we associate with a successful urban space. The next challenge will be to what extent the council will be able to manage the surrounding streets, highways, access, and parking in particular, to support it.

Although habits are changing easy access remains essential for the success of any commercial area.

The ambitions to change the perception of the city have already taken effect with IBM, a significant local employer, announcing major new investment. In January 2015, IBM announced it was setting up a new base in the city. Leicester will be IBM’s fourth European Services Centre with others in France, Germany and The Netherlands.

The demonstrable investment in infra structure and place making combined with the fast train to London is obviously making the city an attractive location. We were told that the residential population of the city centre is already growing with an influx of students and young professionals. It is yet to be seen if the Market and its new environment will benefit from this influx.