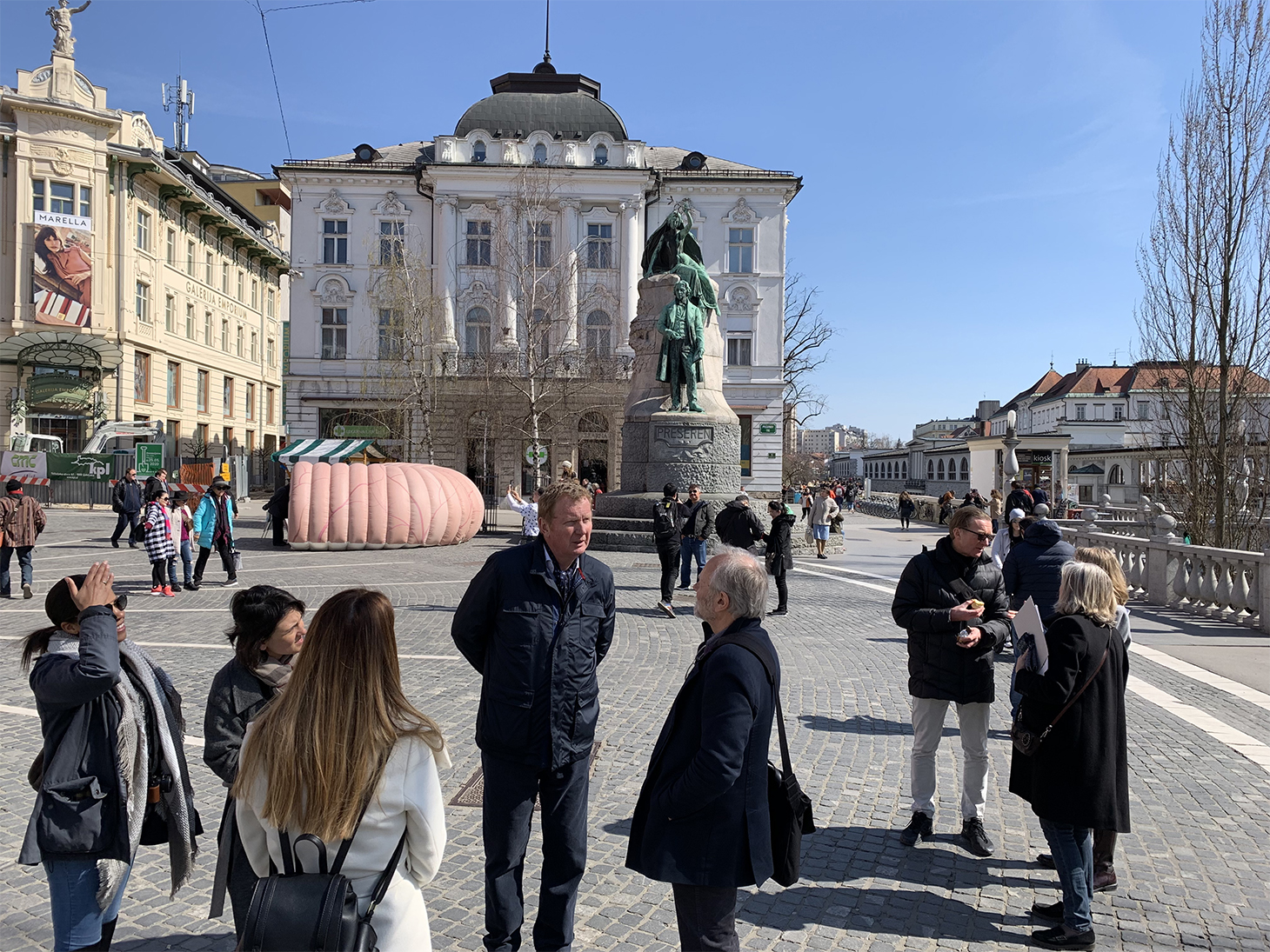 ‘I’m not an optimist or a pessimist. I’m an urbanist.’ The head of the Department of Urban Planning, Miran Gajšek’s response to the challenges facing the municipality’s planners might have seemed casual, if it weren’t for his evident commitment, and his enthusiasm for debating the issues with the group of similarly committed urbanists that made up the Academy’s Learning from Ljubljana contingent.

Ljubljana was a worthy European City of the Year finalist in 2017 and is now an active member of the Academy. The core of this visit was a workshop reviewing the masterplan and possible alternatives for an area of roughly 300 Ha around the main railway station just north of the city centre. A plan adopted in 2002 has proved unrealisable, and lost its primary, Hungarian, investor in 2016. Academicians and Young Urbanists were able to offer fresh insights, unconstrained by familiarity with the obstacles to implementation. We could also offer exemplars from our experience of study visits to cities facing similar challenges.

The discussion was focused, serious, constructive and potentially productive – suggesting a number of possible routes to unlocking the huge potential of what amounts to 5 per cent of the total area of the city.

Either side of the workshop, we were introduced by his colleagues Dr Liljana Jankovič Grobelšek, head of the planning office, and Irena Ostojič, head of Sector for Spatial Executive Acts at the Department of Urban Planning, to the brilliantly restored and reimagined castle, the Ljubljana marshes nature park on the edge of the city, new housing and business projects, the inspirational university library by Josef Plečnik, and his own house – a very personal testament to the city’s greatest architect.

We were treated to excellent and generous hospitality, and views of the city’s setting and current projects and challenges from views across the city from urban highpoints. Ljubljana prides itself as a civilised and cultured city, and this is immediately apparent. It also feels a young and friendly city, with a distinctive heritage now enhanced by high quality, and increasingly pedestrianised public realm – and in the spring sunshine, quite enchanting.