It was perhaps a good thing that the plan to reconfigure Cuba’s capital, Havana, was thwarted by Castro’s revolution in 1959. Nevertheless, Spanish architect and city planner Josep Sert left an impressive legacy as Tony Reddy AoU explains. 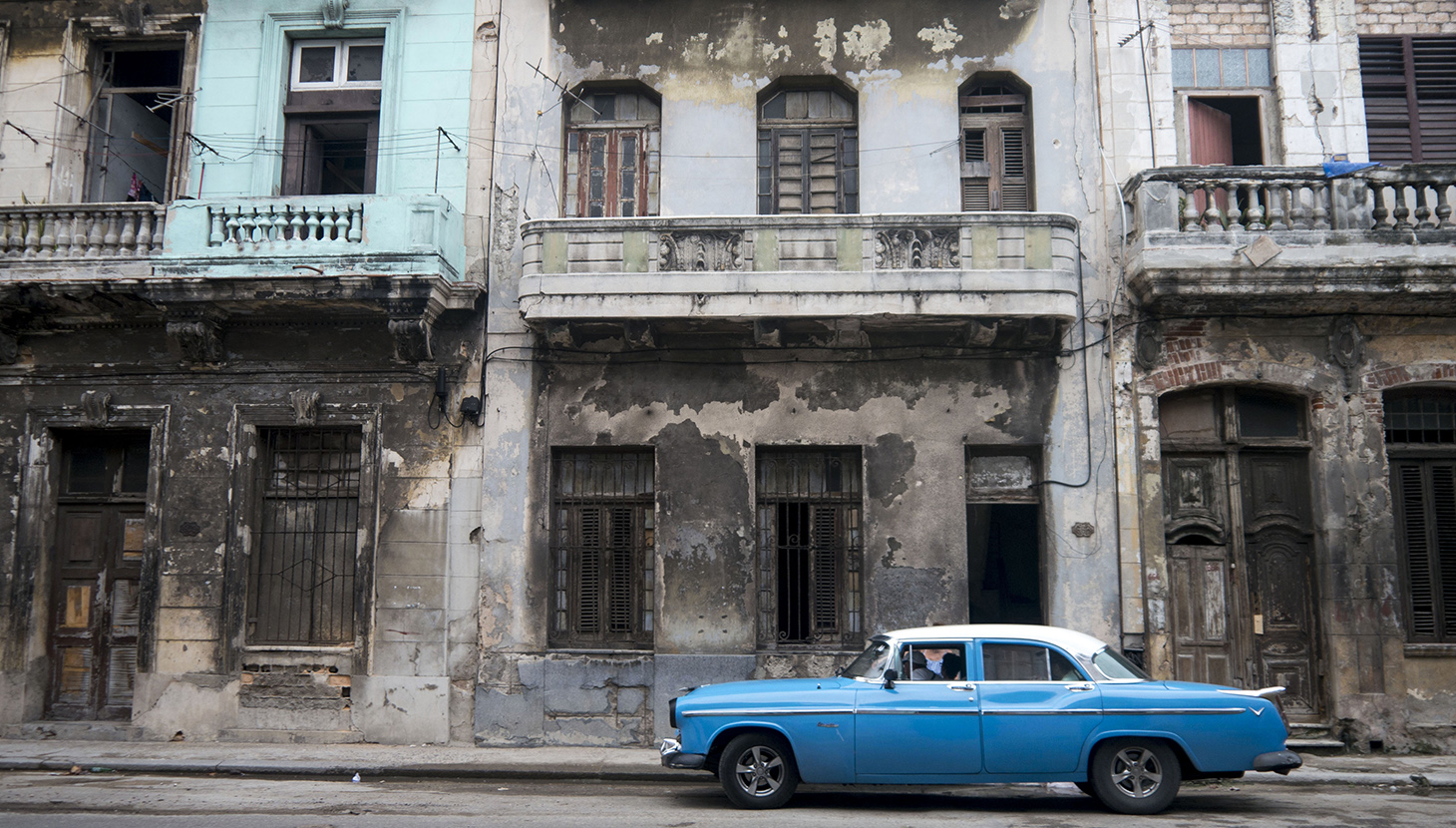 Josep Lluís Sert is justifiably regarded as having been one of the key figures in the evolution of the discipline and profession of urban design. However, had his plan for La Habana Vieja (Old Havana) of 1955 been implemented, it is likely that he would have left a very different professional legacy.

Things have changed in Cuba since the Castro Revolution of 1959 but rather more has remained the same. One of the interesting aspects of communist governments is their capacity to make time stand still. Regimes which have wanted to change the world and promote modernism in all its forms, have often remained conservative in practice.

One of the attractions of Cuba, and its capital Havana, is the chance to see the world as it was over half a century ago. Havana remains today much as it was in 1959. The view of the buildings along of the Malecón, the city’s magnificent curved corniche road, overlooking the Florida Straits, is unchanged. Its great hotels – the Habana Libre, the National and the Parque Central – and restaurants – the Floridita, La Bodeguita del Medio and Sloppy Joe’s – which before the Revolution played host to American actors, musicians, spies and Mafiosi, and were inundated with real revolutionaries and armchair voyeurs in its aftermath, now play host to European and Canadian tourists. The anticipated arrival of American tourists and business- men, following the restoration of diplomatic relations between the US and Cuba, will be another chapter in their history. The colonial style palazzos of La Habana Vieja and the modernist buildings of the Vedado maintain a faded elegance. Isolated examples where paladares (private restaurants) have opened, and refurbishment and restoration has followed, show the potential of these buildings to contribute to a vibrant city life.

This had not been the future for Havana as envisaged in the late 1950s by the regime of the dictator, Fulgencio Batista. His vision was to remove much of the older building stock and make the city more modern and accessible to traffic. Sert’s plan for Habana Vieja was designed to achieve this objective. But for the intervention of the Castro Revolution, the fabric of Havana and Habana Vieja, in particular, would have been destroyed in the same manner as that of most Latin American cities.

Sert had been forced to leave Spain at the end of the Civil War in 1936 and emigrate to the United States, having been blacklisted by the Francoist regime as a result of having designed exemplary modernist buildings for the democratically elected republican government. Between 1941 and 1959, he and his partner Paul Lester Wiener, as Town Planning Associates, worked in collaboration to produce plans and masterplans for many Latin American cities. From 1952 until 1958, they developed an array of projects for Cuba culminating in the Pilot Plan for Havana of 1955.

The Pilot Plan addressed the entire metropolitan area of Havana. The plan included recommendations for the regulated development of unbuilt areas and the distribution of the four functions of the Athens Charter – Le Corbusier’s manifesto for urban planning published in 1943 for the Congrès International d’Architecture Moderne (CIAM) – through new zoning. The most important new element in the Pilot Plan was an extensive road system for the city and its environs. The aim of Sert and Wiener’s Pilot Plan was to contain the different grain of the various historic periods within the legible, conceptual order of this network. It would have had its most significant impact on the old city, and its orderly arrangement concealed the insensitivity of cuts through the existing city fabric.

The Sert and Wiener Plan, as with most urban renewal plans of the period, focused on providing improved accessibility for motor vehicles to the heart of the old city. Two major north-south dual carriageways were planned to cut through the centre of the old town on Calle Cuba and Calle Habana. A further dual carriageway was to cut through the centre on an east-west axis along Calle Muralla, and alternate streets on the city grid in both directions were to be widened. In true ‘tabula rasa’ fashion the city blocks in the entire area enclosed by these dual carriageways were to be demolished and replaced with a series of classic modernist slab blocks. Each of the remaining city blocks were to be hollowed out to improve car access and parking, and further demolition would have been required to accommodate the widening of other streets. The plan would have resulted in the division of the old city into four quarters separated by major traffic routes, widespread demolition of historic buildings and with the character of remaining city blocks being fundamentally altered.

Havana was planned by the Spanish on the principles of the Leyes de Indias (Laws of the Indies). These laws specified many town planning and design guidelines for configuring a Spanish colonial settlement. Havana now has the largest intact colonial urban core of any city in Latin America.

Had the Sert Wiener Plan been implemented, Havana would have joined Bogota, Medellín, Lima, Mexico City and other Latin American colonial cities in having its historic core destroyed by unsympathetic modernist interventions.

Instead, following a period of neglect, restoration work which started in the late 1970s under the direction of the Historiador de la Ciudad (City Historian) Eusebio, has seen the revival of La Habana Vieja. The historic heart of the city, bounded by the positions of the original city walls, was declared a World Heritage Site by UNESCO in 1982. It is the largest colonial centre in Latin America. The restoration programme includes monuments, major civic buildings, convents, churches, palaces, shops and houses. This has had the effect of reviving parts of La Habana Vieja to their former beauty and elegance in addition to contributing to its vitality. It is now an exemplary model of urban repair and ‘acupuncture’, particularly in a Latin American context. 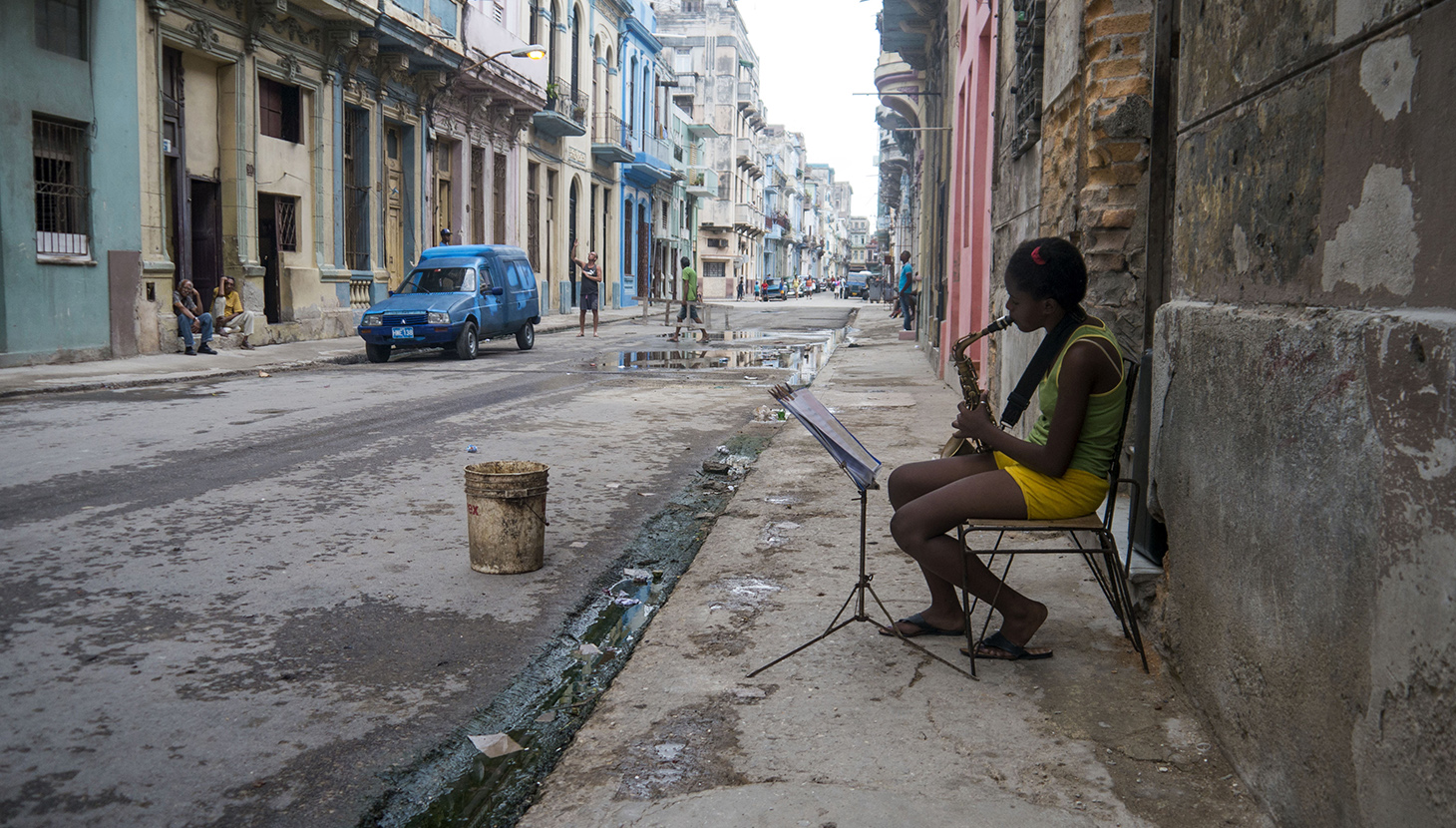 Sert had been one of the founders of the CIAM and its president from 1947 until 1956. His early publication, Can Our Cities Survive? (1942), set out the CIAM conception of the problems of the modern city. It divided the city into a series of discrete categories: dwelling, recreation, work, transportation and large-scale planning. However, over time his views evolved and he began to recognise that successful urban renewal and urban design required a less rigid strategy to develop a more holistic view of the city.

He became dean of the Harvard Graduate School of Design (GSD) in 1953. Almost immediately he set about developing a ‘common ground’ within the school, focusing on the problems of design in the contemporary city. This common ground was a space in which architecture, landscape architecture and planning would operate in the realm of urbanism. This initiative started as a series of courses taught by Sert and a selection of visiting professors developed through a series of urban design conferences. He organised the first urban design conference at GSD in April 1956. The conference announcement invited participants to explore “the role of the planner, architect and landscape architect in the design and development of cities.”

These courses and conferences ultimately led to the establishment of the urban design programme at the Harvard Graduate School of Design. The urban design conferences brought together a collection of mid-century urban thinkers and established new lines of academic and professional endeavour in the field of urban design.

Although there is debate as to how successful Sert’s vision was as executed, his urban design legacy is evident. The GSD programme he started has influenced urban design programmes at universities throughout the world.

Throughout his professional career, Sert concentrated on the development of ideas and themes related to the improvement of the human environment at a variety of scales. He believed that architecture was not a hermetic pursuit but one that should engage with a range of issues and disciplines. His vision for the potential of urban design impacted directly on the manner in which the discipline evolved.

Sert’s thinking on the nature of cities evolved over time. In an interview with the Boston Globe on his retirement as dean of the GSD in 1969, he stressed that “urban consciousness” was a particular element to be stressed in the education of architects and designers. During his time as dean, the GSD had undergone significant growth and changes to its curriculum; one of the most enduring was the introduction of urban design as a new area of study. He stated that he believed “that people will want to improve their urban surroundings. Call it a basic faith in the improvement of man and a better life.” Sert’s comments on urban consciousness conveyed a level of optimism only a few academics would have shared in 1969.

Sert did not address the ever- changing professional scope through which urban consciousness could be exercised by designers. These predicaments would confront urban designers and architects in the decades which followed. They would require new methodologies to deal with evolving patterns of urban growth, the complexities of inner-city renewal and the political mechanisms and social consequences of both. Sert’s faith lay in the ability of designers to constantly develop tools to address these challenges. The platform for such an undertaking would become known as urban design.

Sert’s academic and professional work disseminated his ideas about urban design to many practices and academic institutions. His views would help lay the foundations of the ‘return to the city’ movement at a time of rapid suburbanisation. The discipline of urban design continued to evolve after Sert had stepped down as dean at Harvard, addressing the ever-changing nature of urban problems and to diversify the range of expertise even further. Urban theorists such as Kevin Lynch, Vincent Scully, Colin Rowe, Aldo Rossi persisted in the search for an appropriate architectural approach to the city, changing the emphasis toward the historical continuity of the city and public participation.

It is hard to contemplate the utter destruction of the character of Habana Vieja that Sert’s plan would have caused. However, the theories which he and his partners advocated at the time were the prevailing theories of the era. The evolution of his urban theories in the succeeding years had their greatest impact on the generation that followed in the field of urban design. When asked in his retirement interview with the Boston Globe if CIAM principles could help the urban ills of the city, he replied, “Face the fact. The old formulas no longer apply.” He recognised that the certainties of the early modernist theories on city planning needed a much more wide-ranging response than he and his CIAM colleagues had originally advocated.

Havana and La Habana Vieja, in particular, are fortunate to have remained frozen in time for over half a century. The city now faces new challenges following the recent diplomatic rapprochement agreed between the United States and Cuba. The pressures that the city will face as a result of the investments which are likely to follow this agreement, will be immense. It is to be hoped that the urban designers and architects who contribute to the next phase of growth in the city’s history will demonstrate a greater sensitivity to and respect for the old city core than would have occurred under the Pilot Plan of 1955.