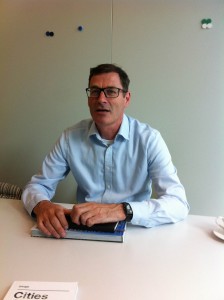 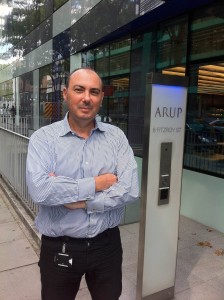 As its chief author, and Arup’s Landscape Architecture Group leader, Tom Armour says that the report is a sort of manifesto for the future of landscape architecture. But what does this actually mean in practice? I went to Arup’s office in London, nestled in the pleasant backstreets of Fitzrovia, to meet Armour and Urban Design + Landscape senior associate George Arvanitis AoU to find out more.

Armour is clearly very proud of the report and how it has been received, a consideration deemed important from the start – he points out that they shied away from calling it a manifesto, “because people fall asleep when you say that!” It does seem to have successfully kept its readers awake, as it is on its fifth print run, and it has taken Armour to present its findings at both the European Union, and the House of Commons All Party Parliamentary group on ecology. It is even now taught at Leeds Beckett University – the landscape architecture course now boasts a ‘Cities Alive’ module.

Armour explains that this popularity might be because although the report started as a more general landscape architecture study, it soon began to home in on the urban environment specifically, because that is increasingly where you’ll find humans: the urban realm is, of course, where the world’s population is moving, creating greater pressures and challenges on people, systems and the environment, intensifying the problems of climate change. When we consider all of this, Armour points out, we realise that in the city we really do have to build nature into our urban systems at all scales. Cities need to adapt to this, from small-scale interventions such as green roofs or spaces designed to temporarily flood, to larger-scale networks and systems.

Armour explains: “The work I’m dealing with is the human condition: better conditions for people and places, and places that help the environment, and places that drive the economy. The job of a landscape architect is much more complex than many people would say.” One of the first things that Armour realised was that people take the natural environment for granted. Many of the principles in Cities Alive are common sense – obvious things in some ways, but things that lots of people both in and outside of urban planning often overlook.

Conversation turns to good examples of green infrastructure, and we discuss the Queen Elizabeth Olympic Park in Stratford with its wild flowers and areas off the beaten track that even during the Games felt a long way from the hustle and bustle of the city. Armour highlights the importance of being able to go somewhere quiet. “What is needed are spaces – spaces where you can sit down and be sheltered or shaded, places where you can hear yourself think without road noise,” he says. And the latter, Armour points out, is related to the prevalence of the car, and its relationship to ‘urban green.’ He puts this in context for me. In the urban setting, the natural environment has not always had an easy ride. “When cities were a lot smaller, people had access to the countryside, but then with the industrial revolution and megacities people were locked in industrial hell,” he says.

Later, the Victorians discovered parks and healthy sanitation systems, and slowly began to realise their value. But then, Armour tells me, “What happened was that the car got hold of the city!” This had a major impact on the city – both in terms of space for roads but also because, as he points out, “they [cars] occupy space when not used, they’re knocking people over, and they’re polluting the air. So we have to think about cities for people, not cities for cars.”

Armour explains that this all comes down to a consideration of how best to use space. Cities can do a lot to combat the problem of cars, from discouraging their use, giving over space to cyclists, or even burying entire roads. This last option was chosen by Madrid as part of the Madrid Río Project. Here, next to the Manzanares river, 43km of the M-30 ring road was covered in new parkland, including the Salón de Pinos, a key area with 8,000 pine trees. The whole project, described in the Cities Alive report, opens up Madrid’s major river and gives its citizens access to both green space and a waterfront. Armour recognises that something like this is very expensive, but argues that it has lasting long-term benefits that will be appreciated long after the city has recouped the economic costs. As the report explains, projects like this deliver “at a scale that realises substantial city-wide environmental and social benefits.” 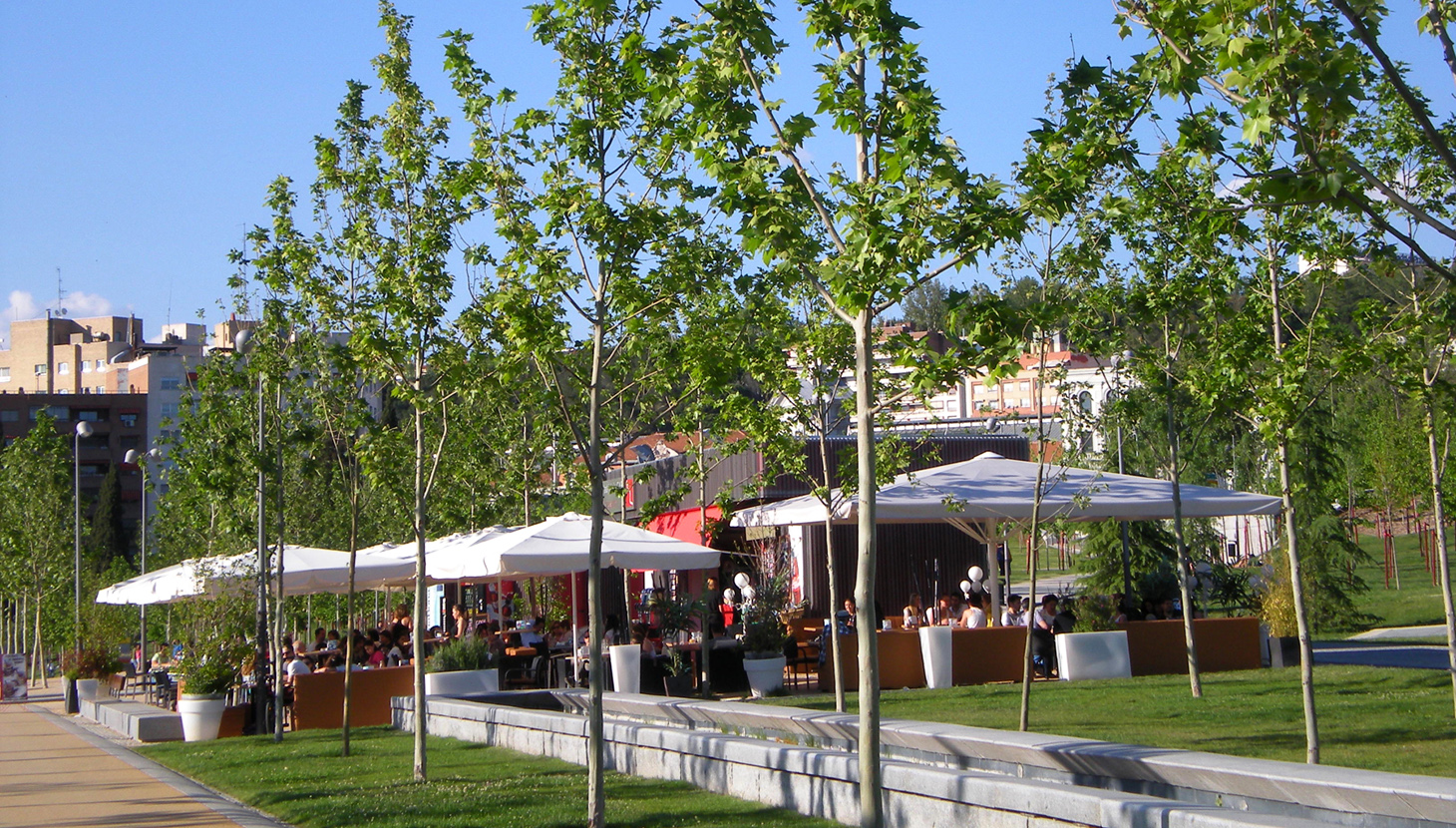 However, not all big, bold projects need to be orchestrated from the top down. No discussion of green infrastructure would be complete without a mention of the High Line in New York. It is the go-to example of a community-led regenerative project, with every stage being led by the Friends of the High Line, who consulted regularly with residents and business. Its key achievement, of creating dynamic spaces out of abandoned industrial wasteland, has captured the imaginations of countless other cities. George Arvanitis explains that the High Line, in preserving the memory of the old railway line, exemplifies an increasingly popular style of green urbanism that gives the whole scheme a sense of identity and character, which is an attraction people want.

I mention one point that I really like in the report, the unbelievably low crime figure: the High Line has seen no serious crime and only two complaints (minor graffiti and a lost wallet!). Armour points out that this is borne out of the protection that can be offered to green space by a tightly-knit community with a sense of ownership. He tells me how easy and popular it is worldwide for communities to get involved in maintaining green space.

But to see good green infrastructure policy it turns out UK citizens don’t need to travel as far as Madrid or New York. One of the policies used as a case study in the report is the All London Green Grid, a policy framework which aims to promote the design and delivery of green infrastructure across London, and which will in turn create a network of connected green spaces, including features such as street trees and green roofs. The numerous benefits will include “recreation and amenity, healthy living, reducing flooding, improving air quality, cooling the urban environment, encouraging walking and cycling, and enhancing biodiversity and ecological resilience.” These are benefits any city would desire.

But how do we arrive at these successes? Armour explains that whilst in some cities, such as Copenhagen, the importance of green spaces has long been ingrained in the city’s culture, in others “it often comes down to individuals, who understand the value of green space and what it means for people. You need a vision!” Ultimately though, however it is achieved, what really wins the arguments, and what really persuades people, is research and facts. The report is full of these, and Armour shares some of it with me throughout our conversation, such as the fact that if you can see green space from your hospital bed you’ll recover better, or if you can see it from your office space you’ll be more productive. The report also contains a map showing that on a hot summer’s day in London, the temperature in leafy Richmond Park can be a massive 8°C cooler than the West End which has relatively few green spaces. 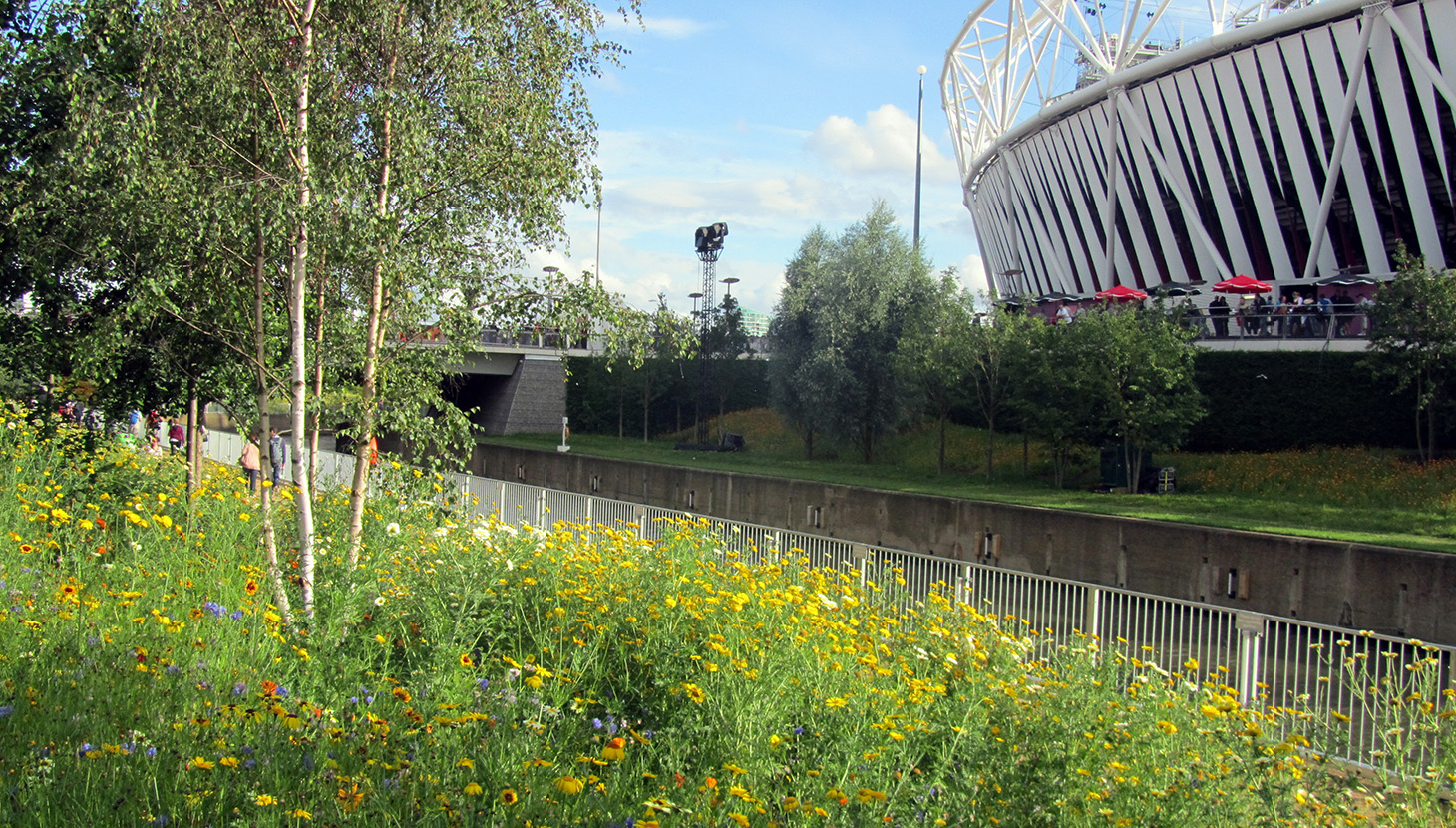 “These facts are just simple but just stunning!” says Armour. “What we began to realise was that if we can make sure people understand this – many of our people are engineers, and they like facts and figures – then suddenly you have an argument!”

The economic argument can be won by the knock-on effect these benefits have on the rest of the city – Copenhagen estimates savings of $12m in healthcare costs from a 10per cent increase in cyclists, as well as a $31m benefit in increased productivity. These benefits can sometimes be hard to tie to one specific development, but add up across a city. Later, Arvanitis shows me round the office, and explains how on a recent visit to Doha, he was shown how buildings were traditionally built with a wind tower above them to move air down into the building, cooling it. This ingenuous ancient principle is used in Arup’s work there, a simple but effective adaptation to the local environment. I see how a real consideration and understanding of environmental impact is not revolutionary or radical, but is an element so simple and established that its real importance is sometimes underappreciated. Cities Alive makes the strong and effective argument about why green infrastructure should take precedence.

As I leave the offices, I notice that on the streets around Arup’s office there are lots of big green mature trees. Armour and Arvanitis had pointed them out in our conversation, but I hadn’t really taken stock of them before. I suddenly realise why I earlier described these streets as pleasant.