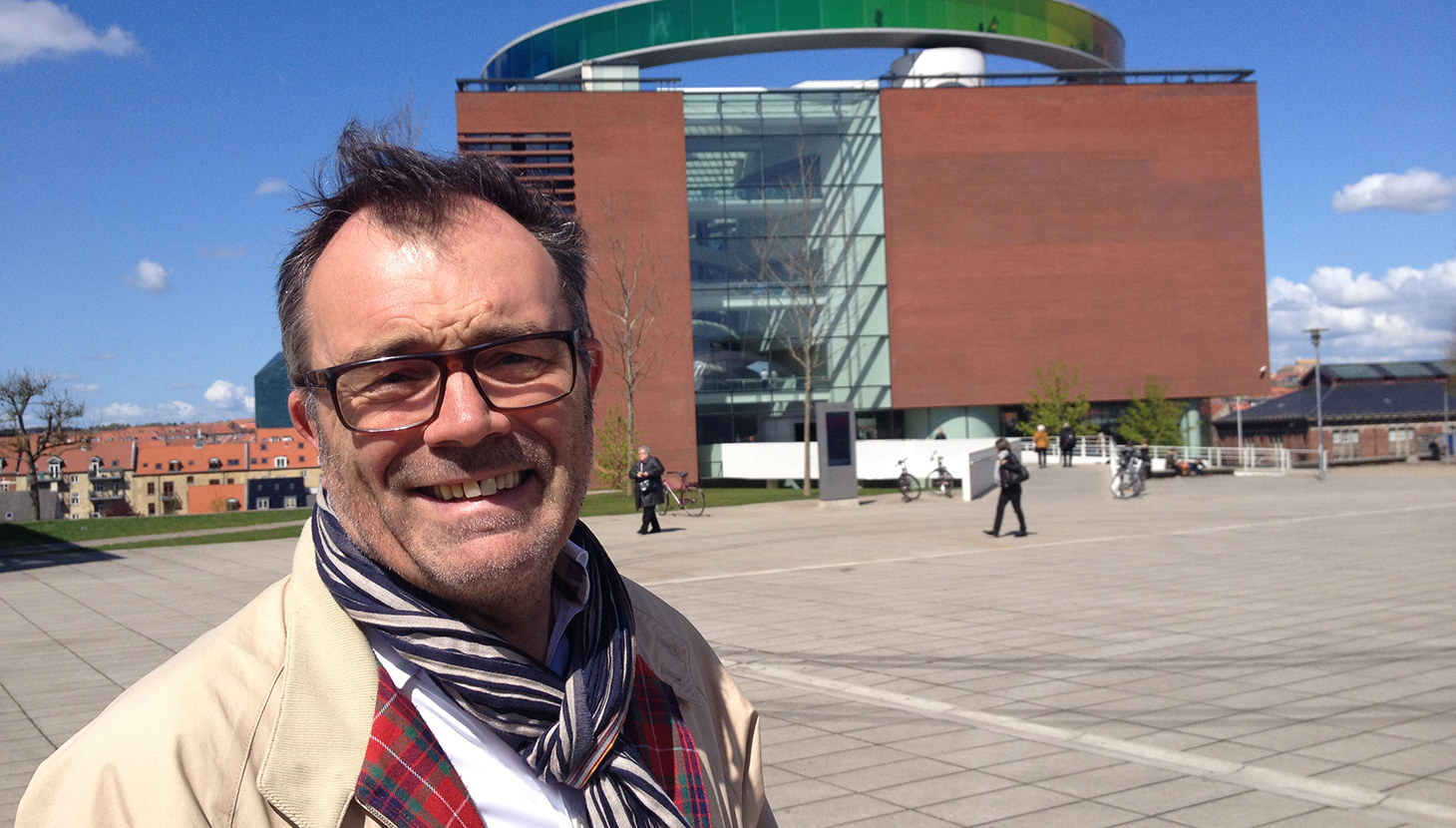 Fresh from a ceremony in Arne Jacobsen’s town hall in Aarhus, where with the deputy mayor for environment and planning he was awarding prizes for the renovation of buildings, particularly shop fronts and signage, Stephen Willacy chats with David Porter AoU about his role and the importance of trust.

David Porter: Tell me about these awards…

Stephen Willacy: We give two types of awards. One is on Architecture Day in early October. Then there are the awards like today, which is how we promote quality in the public realm. And we are thinking of going a step further and giving an award for promoting activities at street level – the interface of buildings to streets and also public squares and parks, to encourage creative use.

SW: You mean that in that the UK you no longer need experts?

DP: No, that’s not quite what I mean, but there has been a growing distrust in the role of civil servants. So it is interesting to learn that the role of city architect still has efficacy elsewhere. How does it work?

SW: I am employed by the department of environment and planning, but I am city architect for the whole city council. So I work with all six of the city departments, each of which has a deputy mayor and, together with the mayor, they run the city.

The city architect has overall responsibility for achieving architectural quality for large-scale plans and projects – and therefore the overall responsibility for the city developing in a way where architectural considerations are of the highest regard. But as city architect, I also have a rather strange role that translates into English as a ‘free bird’, which means that if I want to go against something that is supported by the whole of the planning department, then I am allowed to do that.

DP: So they trust you to put another opinion, to challenge the consensus.

SW: That’s right, it’s all about trust. I have to argue my case – it is a democratic process. But one of the aspects of trust is that I have the opportunity to offer a different opinion in many different forums. Of course, you have to choose your battles.

DP: You have used to term ‘battle’, which sounds very British – we have a very adversarial system and so think in terms of battles. But what about in Denmark, is it more a matter of discussions that become more or less heated, but few real battles?

SW: This is part of the way consensus works here. It’s a democratic process, and this is where trust is evident. There is a general sense of trust between the politicians and the public in general. Denmark thinks of itself as a trustworthy society with a strong sense of mutual wellbeing.

DP: And a trust of civil servants too?

SW: We have elections every four years to choose a mayor and deputies, so things do change, particularly at the beginning of a new term where there is a period of adjustment.

DP: But your role carries on between elections – you are a civic appointment not a political appointment.

SW: Yes. My previous deputy mayor was from the Liberal Party and my new deputy mayor, for over a year now, is a Social Democrat. So after a very good period of consensus we are now developing new politics with the new deputy mayor. I am not saying we are political but we have to be able to develop and adjust our policies to the new situation. It has taken me a while to adjust to this.

DP: As an Englishman working in Denmark?

SW: Also as a Dane. It is more to do with coming from many years in commercial practice into a role in a politically-led organisation. I found there were many things to adjust to. For example, I have found there are different ways of explaining myself, and I have had to adjust the way I do that in a political arena compared to a business situation.

DP: Isn’t it harder though to work within a political arena?

SW: It is much less confrontational. In commercial practice I have been in situations battling with a design-build contractor where you are trying to protect a quality of detailing or materials – things can get quite heated, and sometimes with clients too.

But I am now in a situation where viewpoints change quite regularly and so I have to bear that in mind when making a case. The politicians do get heated of course, and occasionally I lose my cool a bit – after all, I live by my own heart-felt meaning about things. After two and a half years in the role I am beginning to understand the dynamics and understand better my role as city architect. I am not saying that I am a chameleon, but I have to explain things differently.

DP: Coming back to where we started – you had just come back from an awards ceremony, so how does the city actively promote good architecture and urbanism?

SW: We have an architecture policy that the city council agreed in 2012 with five main points: community participation; sustainable city development; architecture; energy efficiency; and the fifth relates to infrastructure.

In that way, architecture is covered not just in the policy but also in relation to the whole political process. The city is developed through its citizens, through the politicians and into planning. When we talk about the development of the city we are talking about densification of the city and achieving a sustainable city.

In terms of architecture, we have agreed that we want Aarhus to be known internationally as an ‘architecture city’. That means, and this is important to me as city architect, that we must have as many architectural competitions as possible. We must have design of the highest quality, which means using the very best architects, and not just local architects, but also international, and also supporting young architects. 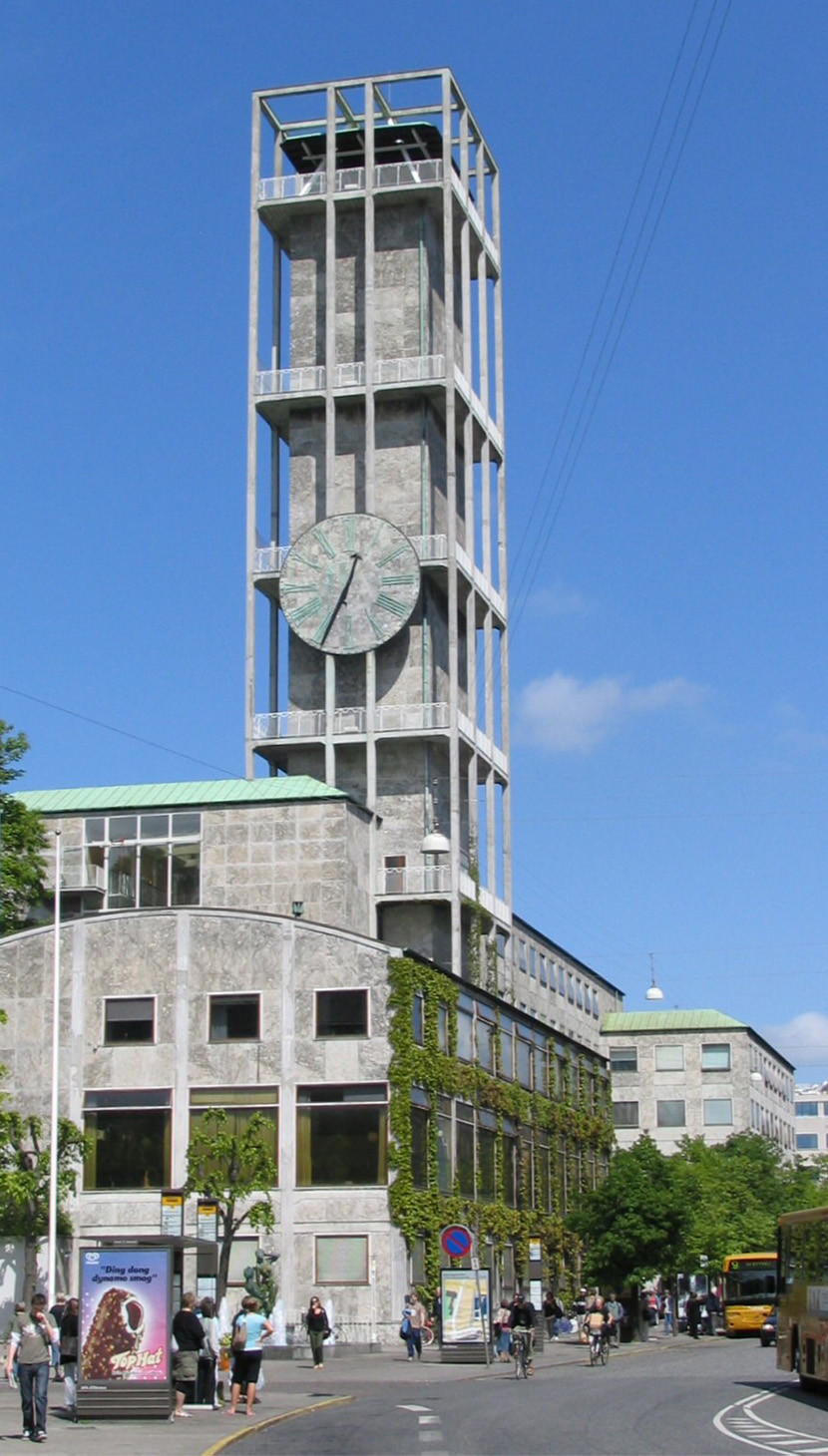 DP: So you see your role as promoting a younger generation too?

SW: Yes, that is it. I am trying to design the competition processes for different types of groups. For example, if we are planning a new development within the council we have a feasibility process where we will ask four or five young architects to come forward with an idea and an approach to the project by exploring it through developing a brief and a preliminary massing study showing a relationship to infrastructure, place and position on the site and so on. This material becomes the basis for a competition. We are trying to introduce these young architects to the idea of working with the council very early in their careers so they can get some projects under their belts and, of course, they can use this as promotional material for their practice.

DP: So then a developer is brought in?

SW: We try to use a two-stage competition focusing first on ideas. After the usual pre-qualification round we select a number of teams for a concept design, then select two or three to go forward working to a full design brief with a fee to develop their ideas. We’re trying to get the teams to use their resources best by talking with them to help develop their thinking. Once we select the design team we move forward in a design-led process and then seek the right builder.

DP: And that is within the context of an architecture policy?

SW: Yes. Design is an important parameter; it is not just economy, although that is always important, as is sustainability of course, and the public realm. We do not rule out design-build if it is right for the project. 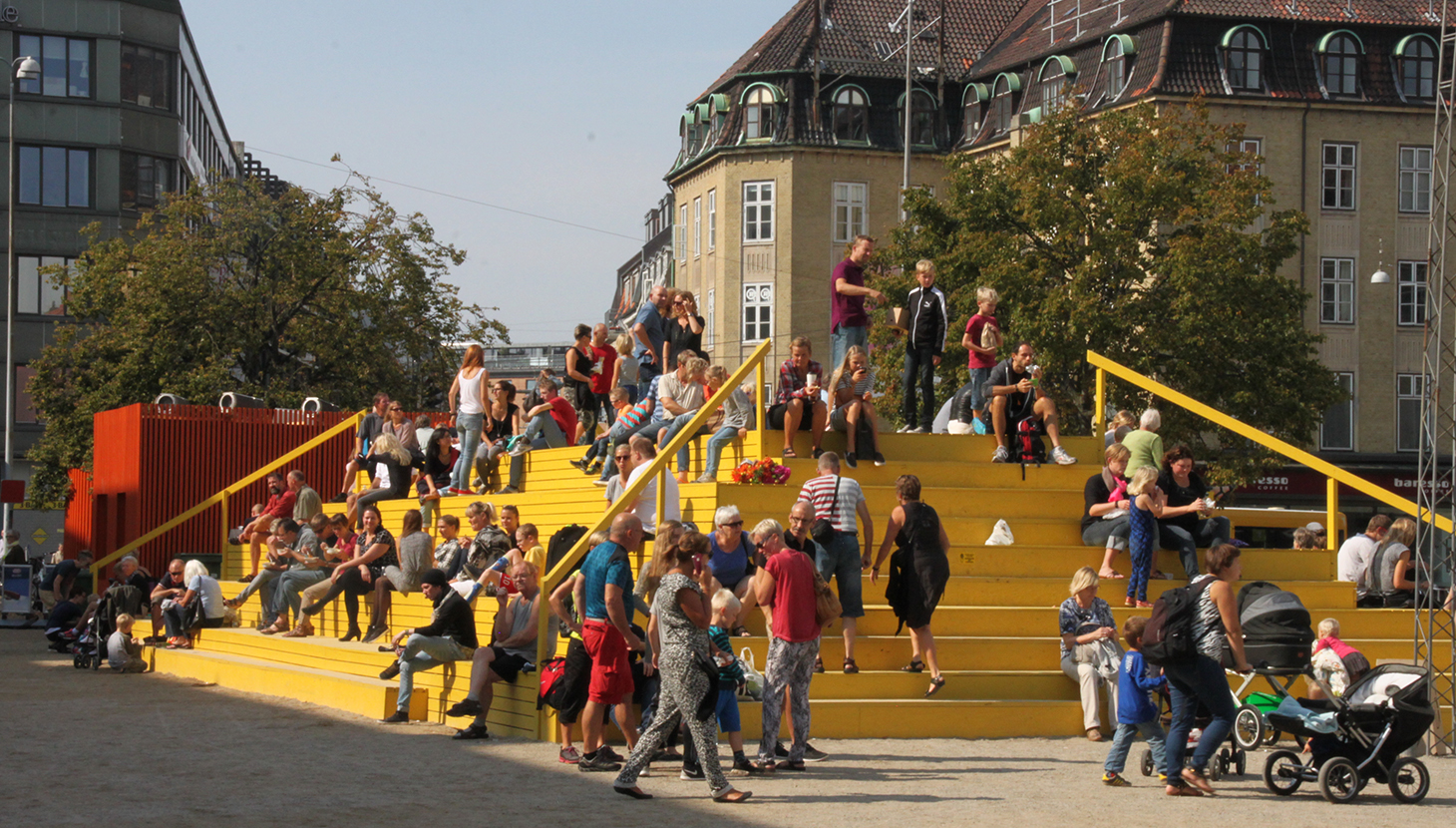 DP: How do private developers fit into your identity as a trusting society?

SW: Denmark is a small country and we do not have many large players, and people’s reputation is terribly important. We are a closely-knit community built on trust, and the word gets out if things are not handled openly and fairly.

DP: So it becomes relatively self-regulating?

SW: Yes, I think so, because the system is relatively intimate. But there are some problems, and things might be changing. For example, during the recession some of our developers went bankrupt and now there are larger developers coming in from Germany. This intimacy is of course not the same with these.

DP: One of the things that you seem to be describing is a very pro-active planning system. Where we have ‘development control’, you seem to be pro-active in creating the circumstances that will lead to good quality and maintain consensus.

SW: That’s right. But it helps that we share a generally high standard of building quality, with good design, good materials – and carefully put together.

This background of quality is an aspect of an egalitarian society that has grown from agricultural roots and a tradition of co-operatives. It is something that has built up over many generations. It is something in-bred, and goes through the whole school system.

There is another way of looking at this. I have worked in Germany and Asia and the UK and it is really interesting to see the length of the contracts used. In the UK when you negotiate a contract it ends up as a huge book! In Denmark it’s much simpler and shorter.

DP: The starting position in the UK is to minimize risk by trying to cover all possibilities and stop things going wrong.

SW: It’s the other way round here. We are obviously aware that things can go wrong, but we are a more tight-knit society where trustworthiness is central – there is still the sense that you can shake your hand on an agreement.

DP: You mean that responsibility is held personally and socially.