Young Urbanist Charles Critchell travels by high-speed rail from Manchester to Marseille to make the connection between railways and city regions.

High-speed rail is big news in both the UK and France, though for vastly different reasons. The French are more than a little smug about their much vaunted high-speed network, one which has been successfully rolled out across the country over the course of the last 30 years or more.

Here in the UK plans for a similar network have been championed and chastised in equal measure. Much has been made of the government’s plans to build HS2 – but between the attention-grabbing headlines concerning exorbitant costs and environmental ruin, how much do the public really know? Or perhaps of greater importance, do they even care?

I believe that yes, they do, and consequently set out on a series of consecutive rail journeys through the two countries with the aim of meeting some of them. Supported by the Young Urbanists’ Small Grants Scheme, my travels took me up to Manchester and Liverpool in the UK, and then down to Marseille and Toulon in the South of France.

I wanted answers to three very specific questions: How good is the connectivity between different modes of transport along the route? What is the level of interdependence between rail infrastructure and city regions? And can high-speed rail help to devolve power to places beyond a country’s capital and second city?

To supporters of HS2 the construction of the new rail line and the growth of the North are seen as not only symbolic, but perhaps even symbiotic – a straightforward relationship of cause and effect.

Local urbanists Joe Ravetz and Gabi Schliwa, who showed me around the city centre before sitting down to discuss the government’s designs for Manchester, are both wary of the supposed implications any perceived new status may bring. “Far from being a second city behind London we really believe that Manchester operates in a completely separate sphere. It’s not about North and South but Manchester as a place and a city in its own right,” argued Ravetz. 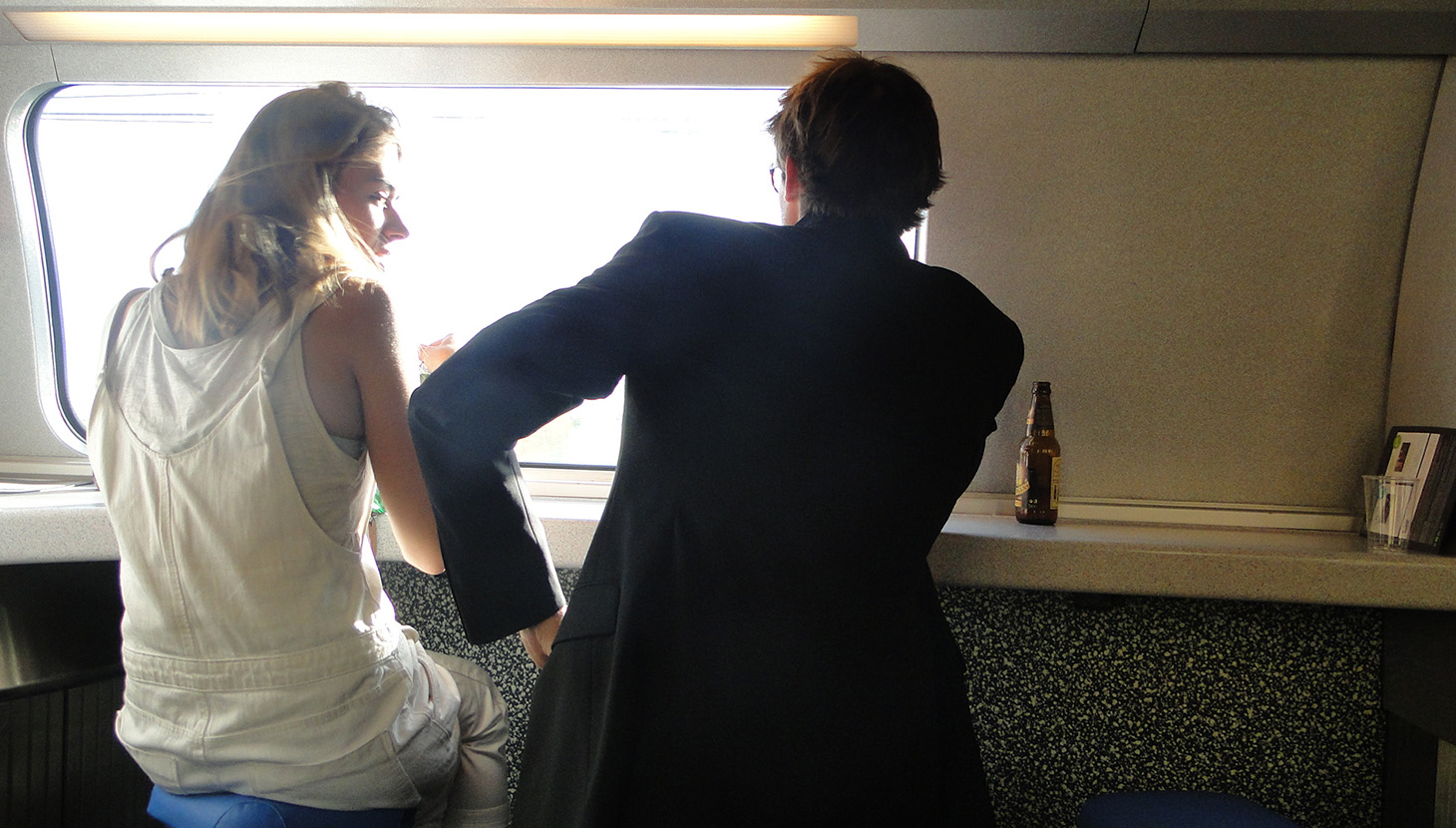 The pair further identified spending cuts, lack of accountability and “blame game” tactics as contributing to the poor state of the North’s much maligned rail network. “Yes, HS2 could work to increase opportunities for northern cities,” Ravetz told me. “But there remains a stronger need to make the North work as a cohesive
entity first.”

As we crawled back to London, owing to disruption on the track somewhere ahead of us, I asked the retired Mancunian couple sat across the aisle for their views. Their contention that high-speed rail is in fact old technology

was one with their belief that devolving the issue of next generation rail travel to the North as an engineering problem would serve to provide the region with a sense of genuine ownership over its future – and subsequently work to rebalance the disparity of power between North and South.

The theatricality of St Pancras station definitely adds to the sense of adventure imparted by a Eurostar journey. The international trains’ décor is becoming a little tired, and space comes at a premium. But I found that, when faced with the prospect of travelling to the continent via other means, some passengers were more than willing to pay the extra cost to travel in comfort from city centre to city centre.

In Paris, I transferred from the Gare du Nord to the Gare de Lyon for the Marseille-bound TGV. The first thing that strikes you about the Paris-Marseille train is the room afforded by its double-deck design. A young professional travelling from Paris to Cannes for the weekend helped to shed more light on the appeal of the French high-speed network. For him, the major benefit of the TVG is the opportunity it gives him to escape the city and be in the south of France in just over three hours. The regularity of the service is another big plus for passengers, justifying their belief that the service is designed to work around them. 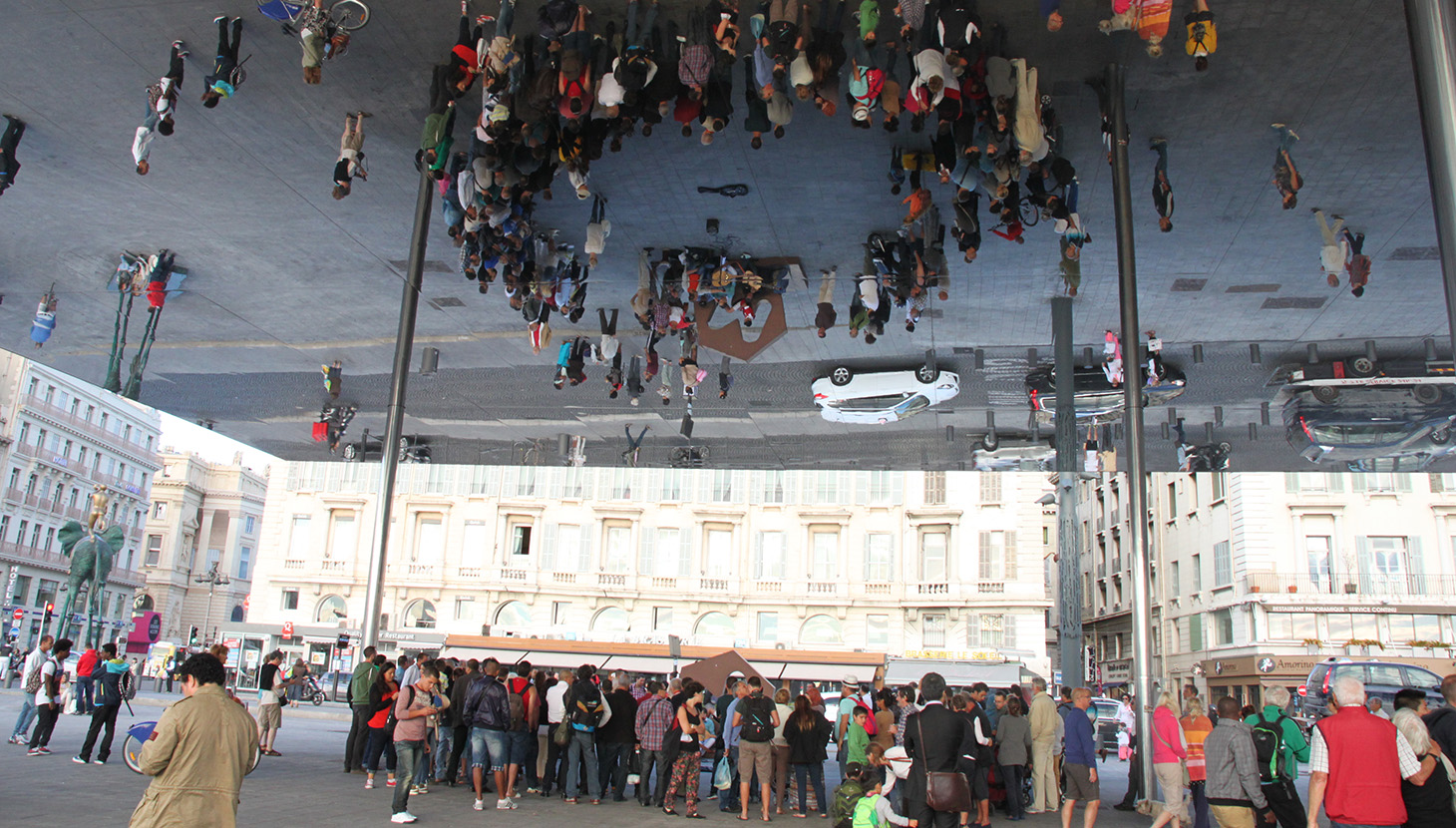 In Marseille we met Emmy Arts, the head of international relations at the prestigious Ecole Centrale de Marseille. She told me that, although the city was justified in winning the coveted European Capital of Culture in 2013, it is still experiencing the growing pains associated with its rapid ascendancy.

Much like the contacts in Manchester I had spoken to the day before, Arts believes that Marseille has always had its own identity – something compounded by its role as a largely unloved salt-of-the-earth place, for years considered culturally backward in comparison to both Paris and Lyon. “The locals love to joke that Marseille faces the sea, turning its back on the rest of France,” she said.

The arrival of high-speed rail has been credited with bringing investment and opportunity to the city, with Marseille’s revival acknowledged in the shape of the aforementioned City of Culture gong. In the intervening two years however, things have changed. Despite increased growth and relative political stability, a lack of continued investment has left its ugly mark.

The following morning we walked along the waterfront of the city’s La Joliette district, the defining urban quarter of Marseille’s cultural renaissance. The images depicted on the Photoshopped banners draped across the now deserted street-front block don’t quite match the reality: windows are boarded up, and the noticeable lack of human activity soon becomes disconcerting.

As with those who we had spoken to on the cross-country trip, we found that cost is never far from people’s minds: constructing a brand new line that local people could not afford to use certainly wouldn’t help sustain the trust built between SNCF and its customers.

In fact, it’s only due to the development of a high-speed rail network all those years ago that SNCF now finds itself in a position to develop the same technology along regional routes, and offer the option of a much-improved service. The French story shows that, properly managed, high-speed rail can begin to work directly in the interests of local communities. 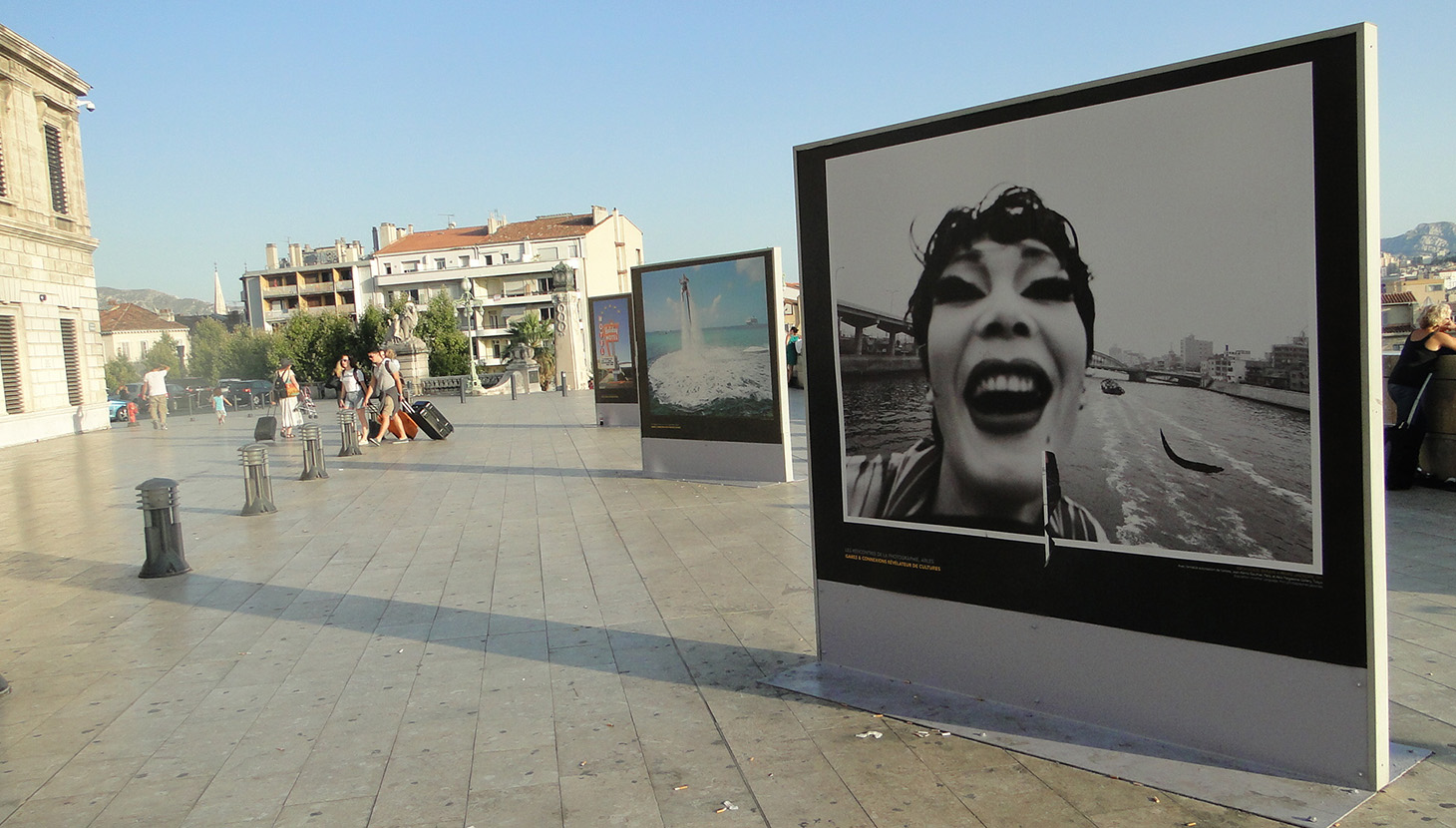 The four-day trip had helped to answer a few of my questions – but it had also served to raise several more. On the question of connectivity, I had at times been frustrated by local transport.

Having spoken to those in both Manchester and Marseille who use these networks every day, I found that they recognised the benefits that high-speed rail could bring – but that for them it was direct investment in local transport infrastructure which would have the biggest impact on their quality of life.

It was a similarly nuanced picture when it came to the issue of rail infrastructure and city regions. Establishing stronger ties with local cities would be a big plus for those residing in both the North of England and the south of France – but the residents of both Manchester and Marseille made clear it should not come at the expense of a distillation of a city’s identity.

That this sentiment should remain so strong even now is testament to the competitive mindset that was bred between neighbouring cities with the onset of the industrial revolution all those years ago.

But what was then undoubtedly a catalyst in advancing knowledge and production may now serve to quell both progress and co-operation. Cost again was an issue people cited as critical: yes, they favoured greater integration, but not if it meant further local cuts.

Finally, people do recognise the need for devolution – but the practical parameters and tangible outputs of it remain largely undefined. Those residing in both Manchester and Marseille – the unofficial ‘Second Cities’ of their respective countries – appear ambivalent about this status. The chancellor wants a Northern Powerhouse to enable the North and South to contribute more equally to the country’s economic growth – but what does this mean in reality? 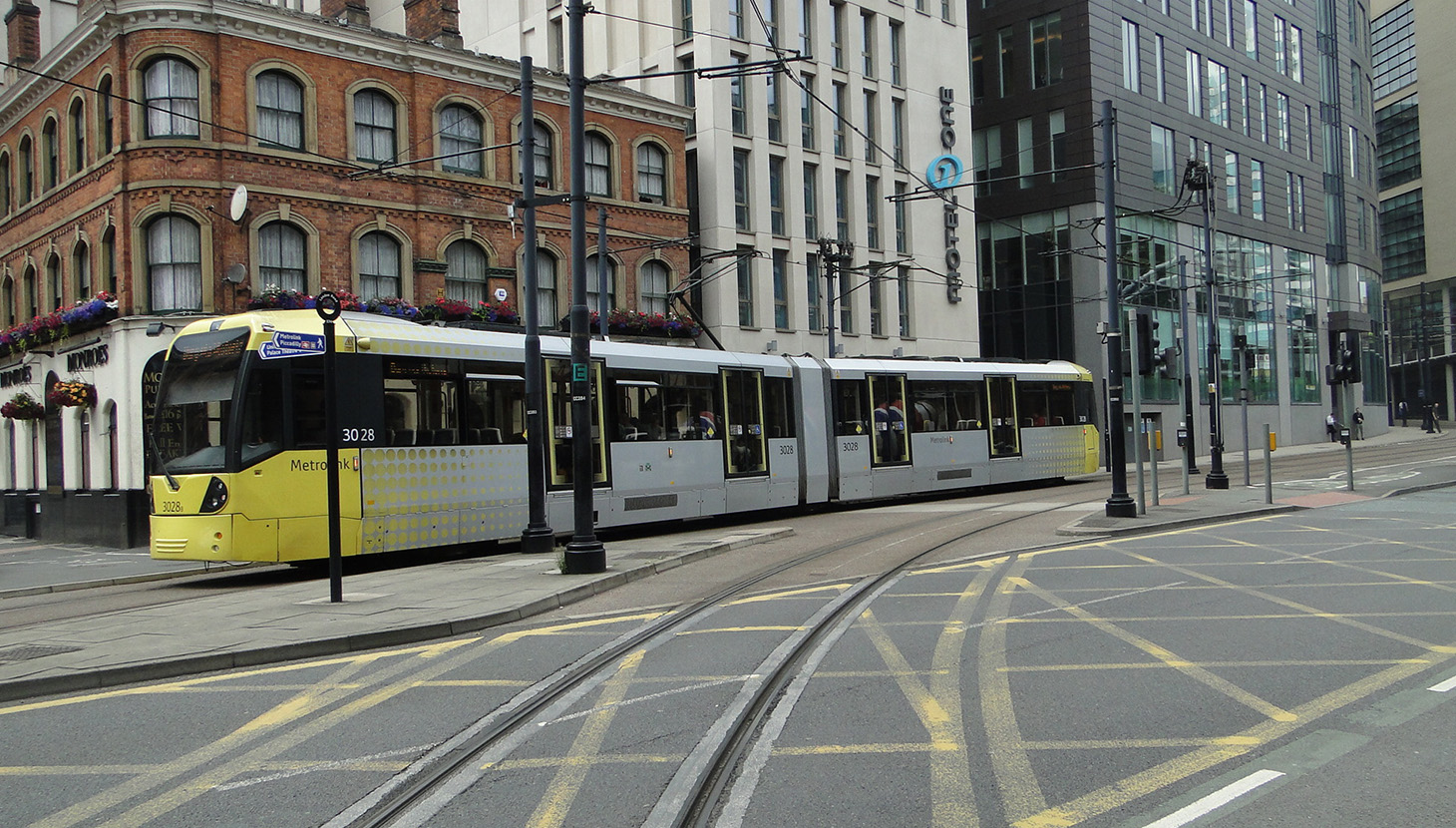 In Manchester, there’s a perception that the sweeping and sustained local cuts of the last parliament caused widespread havoc. This sits uncomfortably with the government’s new found enthusiasm for shaping the North to the vision of what many consider to be a London-centric political class.

I believe that this may explain the reluctance of people en masse to embrace high-speed rail. Considered on its own merits, it still remains a critical investment – but only if it is able to be developed and co-exist alongside visionary, collaborative, and above all, responsible policymaking.

As in France, an established high-speed network would in time create the added impetus for improving local transport networks. If high-speed rail is built and measures for local infrastructure are not implemented, much of the value that a high-speed network can bring would be lost.

And while it cannot be denied that local rail infrastructure in the north of England desperately needs overhauling, only a project like high-speed rail will bring with it the political clout to ensure that this is carried through.

Yes, high-speed rail is expensive, it will be slow to deliver and it is, above all, political. But this must be used as an advantage. A better performing mainline railway may or may not in time address the issues that the chancellor identifies; we must ensure local transport networks are developed so that everyone can feel the benefits of this important long-term investment.

Charles Critchell is a trainee Architect currently working in a London practice.

Charles has a keen interest in urbanism, transport infrastructure and government policy – all of which are key drivers in his Academy-funded project, Second Cities: Manchester to Marseille.

Leave a Reply to Garry Cancel