How to co-create and negotiate the endless city is an ongoing process between its citizens, state and administration. Katy Hawkins interviews Christian Iaione, innovator behind Bologna’s Co-cities Protocol – now set to transcend international borders – in search of new examples of collaboration, specifically between authorities and communities.

Conversations about community engagement and local action have long surpassed the idea of top-down, bottom-up process. Indeed, they have become dominated by ideas of networked-thinking, devolution and polycentric structures: process orientated approaches.

These conversations, when successfully played out in reality, see local action that is able to travel in all directions through advanced and nimble mechanisms that enable it to impact on policy and inform governmental priorities. They also allow for the distribution, rather than centralisation, of power. This is epitomised in the structural properties of blockchain, a network of voices that operates without a central linchpin and thus enables anyone (those with differing views in particular) to work in a peer-to-peer fashion.

These initiatives, when not community-led, are typically run by facilitators and enablers – often a hybrid of urbanist, sociologist and social innovator, but mostly defying such categorical distinctions – of which there is a growing breed. They are positioned at various points within the network – typically somewhere between the state and the local community – to enable the process of collaboration and co-creating. 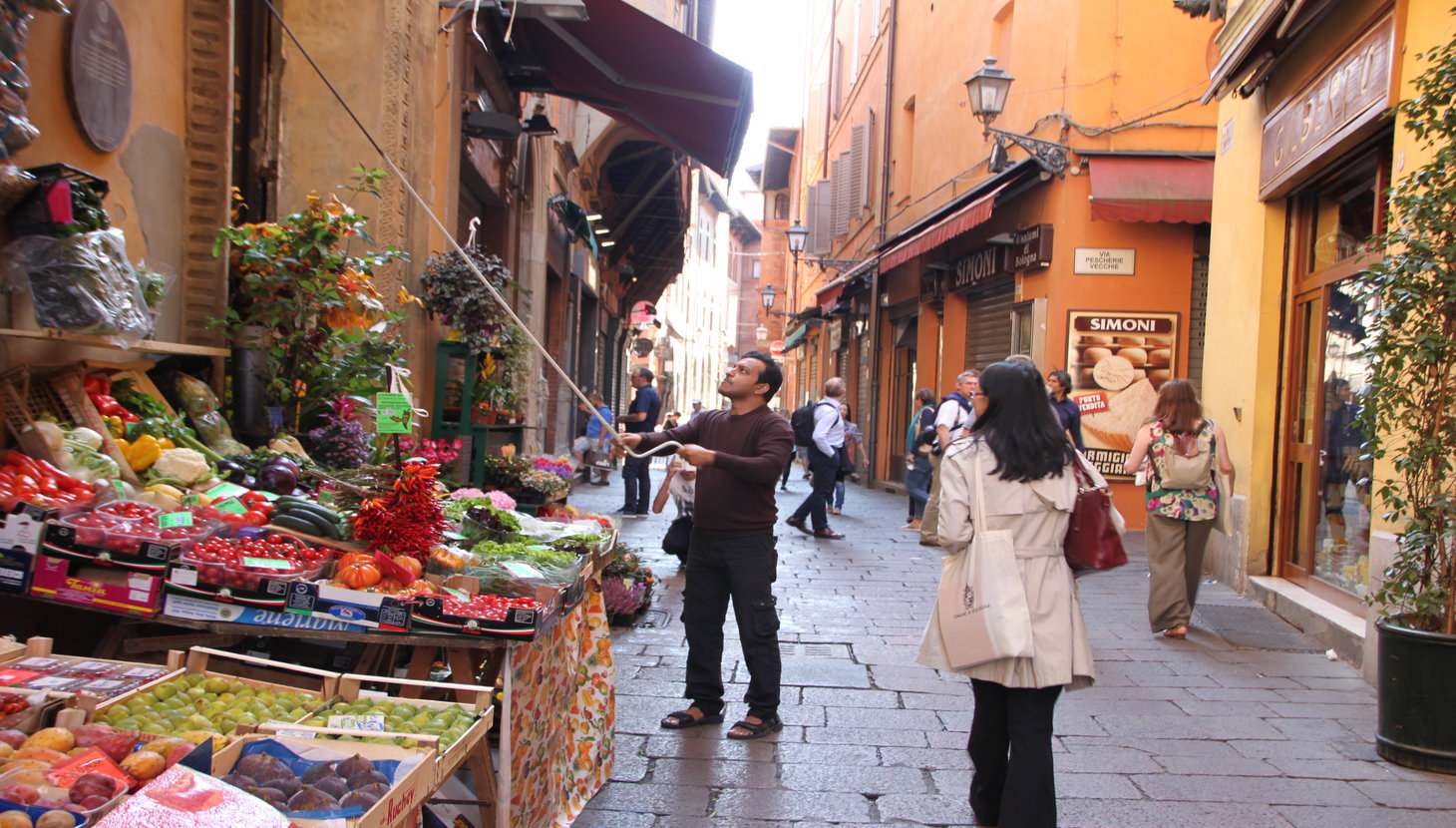 Collaborare è Bologna is a City of Bologna project managed with the Bologna Urban Center and various partners. It promotes a ‘Culture of Collaboration’, with continuous and consistent community involvement, while making technologies, resources, spaces, knowledge, skills and information more accessible.

Within this framework, in May 2014 the Municipality of Bologna approved an instruction manual, Regulations on the Collaboration Between Citizens and the Administration, for a collaborative dialogue between the public, private and community spheres. It is a tool that seeks to simplify and promote forms of collaboration in the management of the commons.

Working on a city-wide scale, Co-city in Bologna is a framework that has since been applied to other cities, not by replicating itself but by following the same process of learning from the ground and accommodating a process that is respondent to the specific place and people within.

The project was co-developed by Christian Iaione as a part of LabGov (LABoratory for GOVernance of the commons), where experiments and trials are the way of working – failure is viewed as an opportunity to learn. As one of the initiators, Iaione saw this process as “a way to collaboratively redesign institution and laws – to enable action for the general interest, with ideas of social justice, inclusion and democracy at the model’s core.”

A framework that acknowledges everyone means that input from all those that such a process affects can be channelled effectively. This was in fact one of the starting points: a realisation that a lot of energy was being lost due to a lack of organisation. 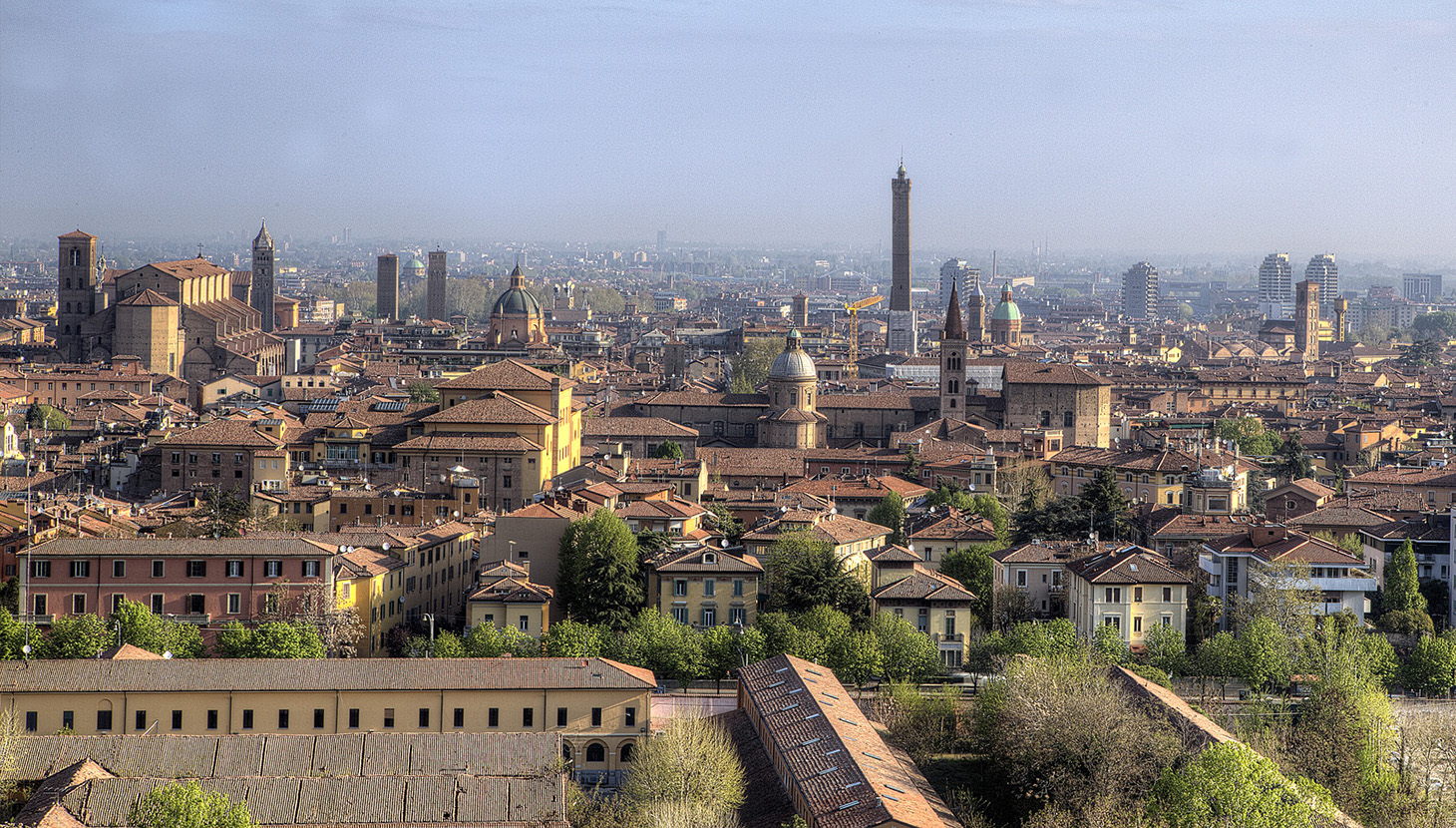 Of the five actors the framework identifies: citizens, public authorities, private sector, civil society organisations and knowledge institutions (of nurture and culture), it was citizens’ (specifically activists and social innovators) energy that was often lost either due to lack of direction or being misdirected towards another place, namely to fight against the state.

From this starting point Iaione asked the question: why don’t we invite the individual into a polycentric governance scheme that keeps central the individual? We should invite them to work within the system – and then give them the tools to organise and collaborate with the other actors.

What then is the role of public authorities within this model? Iaione explains: “First to scout and enable active citizens and social innovators, and then to oversee the process and give technical support to citizens, the proper techniques to collaborate – and ensure they are collaborative, not competitive, processes. Secondly, they need to be working on finding solutions that re-define asymmetries.” It is their role to treasure the civic imagination and liberate the imagination and energies. Then oversee the process and resolve any conflict.

The framework is careful not to relieve activists of their non-conformist and often nomadic status. According to Iaione, this action should be “organised, but not necessarily formalised, therefore aimed at delivering all sorts of solutions that may contribute to the wellbeing of people in a certain city. As for the citizen, their role is conceived as central. They have the knowledge to come up with new solutions. Nowadays knowledge is distributed. It’s not like 19th Century – knowledge is spread out – and society bears it.”

So what about the central notion of the commons?

The idea behind the Co-city project in Bologna was to apply the thinking of American political scientist Elinor Ostrom to the urban realm, by considering the whole city to be a commons.

By tracing the development of the term ‘commons’, from agriculture to guilds to urban, it can be broadly agreed that there is no commons without commoning. It is in the act of collective-doing, or, the relational aspect, that is important. The value of the resource is that it is collectively produced as a result of human activity.

Theoretically speaking, Ostrom’s work on the commons was the leading principle for the co-city model – she won the famous Nobel Memorial Prize in Economic Sciences for her analysis of economic governance, especially the commons. Her work was confined to how people collectively manage common and pooled resources in rural areas, such as forests, fisheries, oil fields, grazing lands, and
irrigation systems.

Ostrom examined successful examples of self-organised governance systems and defined the context in which they can work: where there are clear boundaries of the resources and the parties involved, internal rules and sanctioning processes, monitoring systems to ensure accountability, mechanisms of conflict resolution, and ensuring stakeholders (appropriators of the common resources) are involved in the decision-making process. Beyond this: effective communication, internal trust and reciprocity, and the nature of the resource system as a whole.

Ostrom famously disproved American ecologist and philosopher Garrett Hardin’s notion of the ‘tragedy of the commons’, which was the idea that without centralised monitoring people would abuse the commons and take more than their fair share. Ostrom pointed to examples whereby communities have successfully managed common resources – through internal processes of self-sanctioning and exclusion and other successful self-organising principles.

In November 2015, Iaione hosted a conference in Bologna – the so-called Red City – to unpack some of these ideas, with an international audience of experts bringing their first-hand experiences. The conference, entitled The City as Commons, posited that we might view the entire city as the commons1

What can the UK and other places learn from this? It could be argued that Italy’s lack of public funds for physical infrastructure mean that re-framing the role of the municipality and the citizen is beneficial to its resources. Yet in actuality it seems to demonstrate a strengthened social infrastructure in spite of the economic climate.

In the UK, our obsession with productivity and building leaves less time to reflect on social infrastructure and ways of working. By way of devolved governance we have an overlapping and layered myriad of structures at play, situated within differing frameworks.

Community Rights, such as those outlined in the UK’s Localism Act, have led to neighbourhood forums. There are also community land trusts, tenant management organisations, an array of lighter touch ‘friends of groups’, tenants and residents mixes between community and business, traders associations, business improvement districts and even business-led neighbourhood plans that are being trialled in certain areas.

Iaiones’ research notes the restrictions of such governance structures in that they are nestled within an existing system where capacity for scaling-up is, in this way, restricted. Moreover, with rights set from above – thus limiting their abilities – they often come with issues surrounding legitimacy, accountability, inclusivity and transparency due to the fact that these principles are not sufficiently in-built into their framework. Furthermore, the task of enabling people to seize these opportunities is one that is often under-resourced. Indeed, funding to help with technical aid in neighbourhood planning processes is declining, meaning that not all people can make use of what’s on offer.

Perhaps as in Bologna, there needs to be more focus in the UK on inclusivity and creating an environment in which all people – regardless of background – can make use of the opportunities that are available.

As Iaione puts it: “When you run a study you try and find springs of innovation – from whatever is existing: the Business Improvement Districts and neighbourhood improvement trajectory, coupled with participatory urban assembly … these are ingredients we need to use.” Indeed, polycentric structures often simply co-exist, with governance boundary lines sometimes unknowingly overlapping.

By bringing representatives from the aforementioned groups (and more) together, there is a big opportunity to build understanding and see how they can work better together, with the whole of the community in mind… And therefore build a stronger spirit of collaboration between these often-disparate local governance structures.

Katy Hawkins is a project co-ordinator for The Means, consultant for HopCroft Neighbourhood Forum, associate at something good something useful and an active TRA committee member. Previously she undertook an MRes in Interdisciplinary Urban Design, at Bartlett UCL