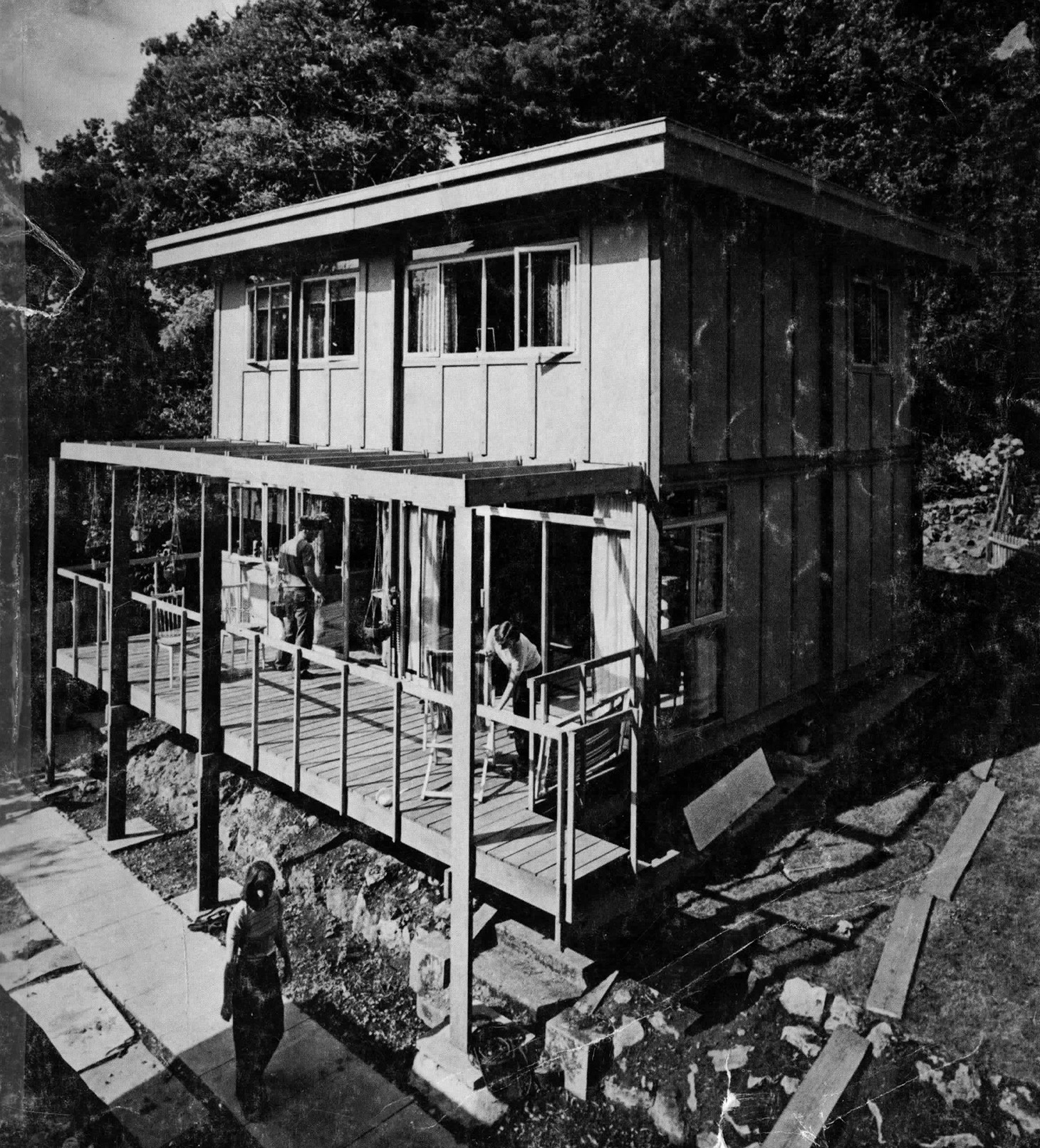 The Segal system used a standard set of details and a standard initial built form that could be customised and extended as the needs of its occupants changed. ph. John Broome Architects

In 1985, a remarkable and unprecedented self-build project took place in Lewisham, south-east London. Led by a group of architects headed by Walter Segal – a visionary Swiss architect obsessed with the idea of designing a house that anyone could build – a group of council tenants were given the opportunity to build their own family homes. Lewisham Council provided the land and gave a group of people the opportunity to become homeowners by building their own homes. Walters Way and other similar self-build projects that took place in the 1980s and 90s are widely regarded as having not only offered a solution to a housing need not met by mass- housing, but also for having generated meaningful involvement of the participants in their communities and neighbourhoods that has lasted until this day.

The vast majority of the self-builders, councillors, architects and others directly involved will tell you, as any developer would, that the projects carried their own particular and significant spectrum of risks, but that the risks were worth it in the end, and the places they created became something to be proud of: sustainable homes populated by conflict-tested communities. The Lewisham self-builds were, and still are, a living, breathing embodiment of the assertion made at the Rio Summit that any system – including housing – requires people at its centre in order to be sustainable in the long-term. However, although some residents have gone on to invest in upgrading the energy performance of their homes, the issue of future affordability of access to those homes to sustain the community was left unaddressed. The pioneering properties, highly-affordable when originally built – with a shared- ownership and zero-interest mortgage deal on offer from the council – have since mostly escaped into the superheated open market, now valued at upwards of £500,000.

Nearly thirty years after the first ‘Segal self-build’ project was completed, a group of people – including some of the children of the original self-builders – went on to form the Rural Urban Synthesis Society (RUSS). Established in 2009 as a Community Land Trust (1) (CLT) – legally a Community Benefit Society – RUSS aims to bring sustainable and affordable housing into the 21st century, again through a self-build model, but with an emphasis on social innovation in the field of governance in order to ensure affordability in perpetuity, which alongside technical performance, is essential for any development to be sustainable in the long-term.

RUSS is currently seeking to build around 30 very low-impact and highly affordable homes to passivhaus standard, accommodating approximately 100 people (with a mix of affordable rent, shared ownership and outright sale), on a former school site called Church Grove that is owned by the London Borough of Lewisham. The CLT currently has around 160 members and counting. Inspired by cradle to cradle design, RUSS’s aim is to create low impact urban living spaces through community self-build projects on unused land and to regenerate empty, derelict property into sustainable housing while enhancing the environment of London and its surrounding communities. Aspiring to build homes that produce more energy than they use, RUSS’s positive development vision is also a reminder to acknowledge our planetary limits in a world where urban areas cover only 3% of the earth’s surface but often require ecosystem support needs of 500–1000 times larger than their physical extent (2). 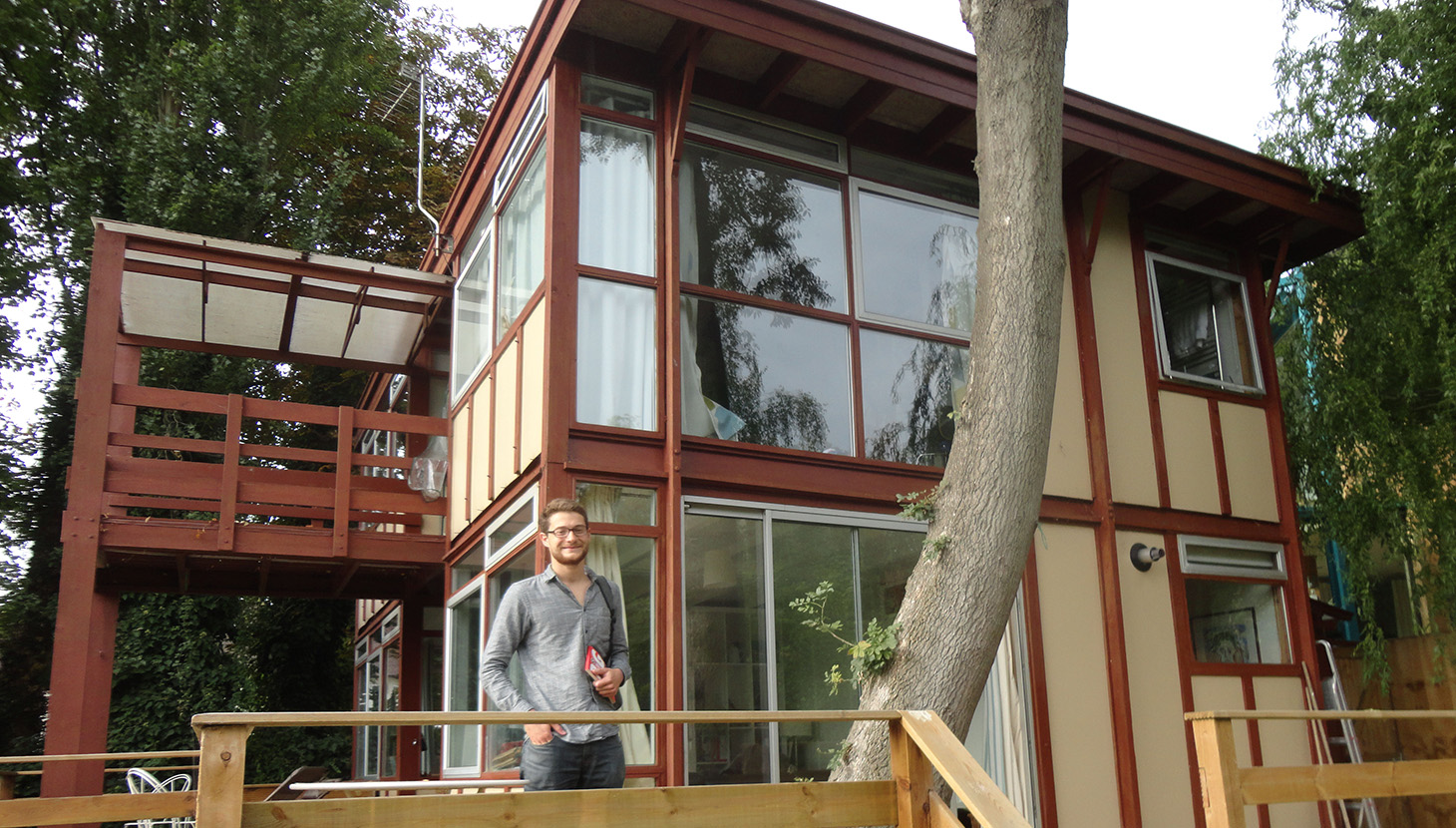 The majority of CLTs in the UK are based in rural areas, however, a number of urban CLTs are emerging. This is an understandable development given that over 80% of people in the UK live in urban areas and many increasingly feel like they have no control over the quality of the places they live in. Furthermore, there is a pressing need to overcome the resource nexus in cities and restrictive rural/urban divides: we need comprehensive approaches to urban living that can offer a sustainable approach to managing natural resources such as land, energy, food and water. The social innovation put forward by the CLT community living model enables the adoption of other technological innovations such as grey water systems, rain water harvesting and solar panels, etc, often beyond reach of most individual households, but rendered possible if the investment potential at the scale of the neighbourhood in harnessed and controlled by residents.

A key challenge that community self-build projects face relates to the issue of ensuring affordability in perpetuity. The CLT model offers the possibility of ‘locking in’ assets such as land and buildings into community-ownership, taking assets out of the speculative market and capturing any uplift in value for re-investment in other community projects. Placing at least part-ownership and decision-making powers in the hands of residents and their neighbours, CLTs can be a perfect marriage for democratising the idea of ‘building your own home’ while reducing risk of exclusion and housing inequalities by providing affordable housing options. Self-build in a group offers not only the opportunity to make an urban fabric that fits residents well, but also the potential to build a conflict- tested community, ready-weathered by the development and construction process, alongside physical homes.

However, whilst Lewisham local authority is broadly supportive of a community-led development – and wants to do what it can to draw on its rich heritage and help develop Church Grove into the first sustainable and permanently affordable community self-build in London – it faces some key challenges, largely around the concept of risk and return. So although RUSS is a community-based organisation run by volunteers, it has been asked to compete for land in a similar way to that expected of a well-resourced commercial developer. The CLT is currently preparing to respond to a tender to become the ‘development partner’ for the site in Lewisham, in a competitive dialogue procedure following a notice in the Official Journal of the EU (3).

Whilst there is certainly strong feeling within RUSS’s membership and its wider community that expecting ordinary people to perform competitively as a developer is incongruous to the idea of procuring genuinely community-led development, it is also true that the council faces considerable scrutiny and must exercise a fair and transparent process that ensures a robust delivery of development promises. Tender criteria have been designed to encourage bids from organisations that make a genuine commitment to community-led governance, but also those that will deliver the promised project within a reasonable timeframe, bring their own finance to the table and not place any of Lewisham’s assets at risk whilst offering a financial receipt for the land that the council can reinvest in other essential services. This may ultimately necessitate collaborating with a commercially-focused partner in order to access finance and technical expertise – and ultimately deferring control over the development in return for the development risks they agree to take on.

Enabling community-led development and actively preferencing it to commercial development also has the effect of increasing the diversity of the producers of housing – the famous ‘long-tail’ of small builders and citizen-developers – and builds a resilient market that meets demand, as well as maintaining a democratic threshold of access to housing.

Regardless of whether individuals lift a hammer or a chisel to physically build a home themselves, participating effectively in the decision-making process that shapes our physical and social environments is fundamental to this pinnacle of human well-being. If we really want to build creative cities where people want to live, what better way than designing and building one’s home and community with your future neighbours, surrounded by energy and food generating spaces that open up opportunities to cover our human needs through meaningful housing experiences?

Raquel Ajates Gonzalez is a Young Urbanist and member and co-director of RUSS, and is undertaking a PhD in the Centre for Food Policy at City University London. Sam Brown is a member of RUSS and works at Jon Broome Architects and at the National Custom & Self Build Association (NaCSBA). 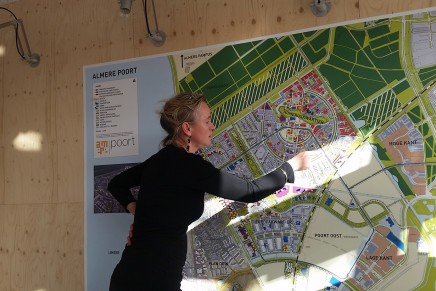 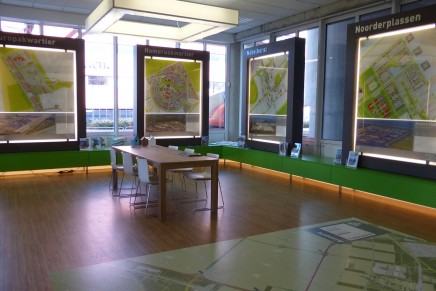 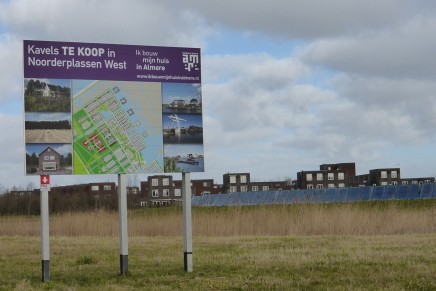 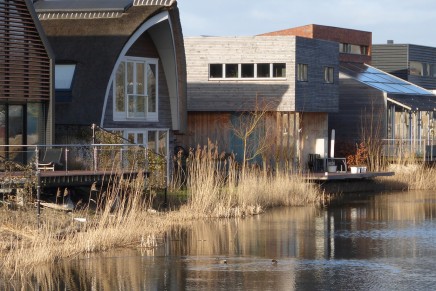 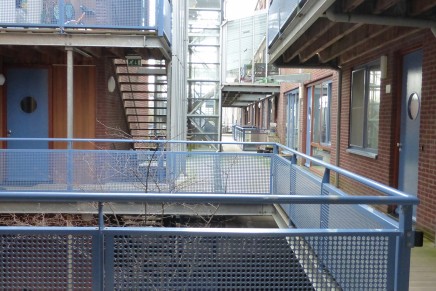 1. CLTs are non-profit, community-based organisations run by volunteers that develop housing, workspaces, community facilities or other assets that are owned and controlled by the community and are made available at permanently affordable levels: communitylandtrusts.org.uk/home

3. Competitive dialogue is one of the procedures set out in the European procurement directives. Following publication of a notice in the Official Journal of the EU a number of bidders are short-listed using a pre-qualification questionnaire and invited to take part in a dialogue with the authority, and then submit their final tender offer.