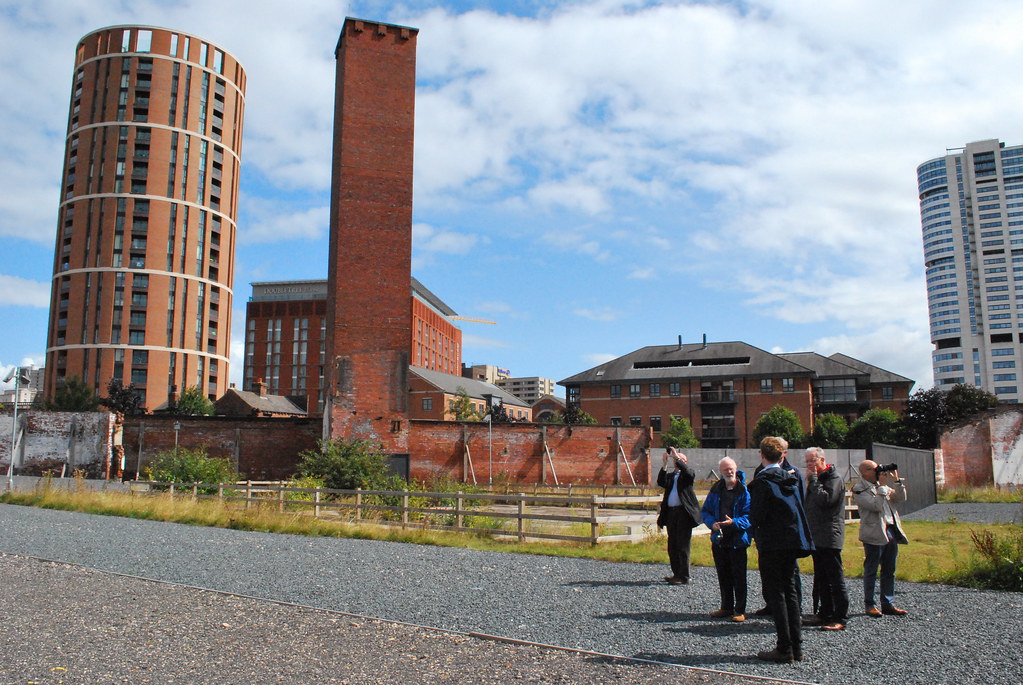 Connectivity
Creating connections is crucial; especially if the neighbourhood area is apparently cut off from adjacent parts of a city, by actual structures, or by perceptions.

Re-use as a catalyst
Historic former industrial buildings and public realm can be catalysts to creating an adapted, adaptable and distinctive built environment which are attractive to creative industries.

In-build flexibility into a committed plan
Commitment to a plan on behalf of the lead regeneration agency over a number of years and economic/political cycles is essential, tempered by the flexibility in implementation to adapt to changing circumstances.

Idea hubs
The integration of opportunities for creative enterprises to meet and exchange ideas in a ‘hub’ and in bars and restaurants integrated within the development has proved essential.

Flexible-use street-frontages
The availability of flexible ground floor street-frontage premises which can be adapted to a variety of uses is essential, to respond to the evolving community and commercial requirements in the early stages of development of the neighbourhood.

Role of ownership
Inherited sites in public ownership are valuable, as they can be used to trigger and steer development.

How is a community established from an inner city degraded industrial area, with no existing population? Holbeck Urban Village has been energetically tackling this issue since its designation in 1999, despite the setbacks of the severe recession, from which it is emerging.

Today, it hosts about 400 businesses, mainly in the creative and digital sector, and is home to a population of between 600 and 1,000 people in its 15 hectare area.

Embedded within the generally unprepossessing postwar industrial units (now mostly cleared), lay the vacant industrial heritage of Victorian buildings and structures. It is upon this architecturally and culturally significant built environment that the regeneration has been based. The three listed former factory chimneys of Tower Mills, two of which pose as Italian Renaissance bell towers, serve as memorable landmarks for the area, viewed from the railway on leaving or arriving at Leeds station. The intimate clusters of industrial buildings and cobbled spaces between, create an almost collegiate character, well suited to the network of studio-based businesses and enterprises.
The Round Foundry Media Centre acts as the hub for the Urban Village, with a variety of spaces for hire and a general source of information, from its extended historic premises. The amazing vast 19th century former flax spinning mill, aptly named Temple Works, with its façade inspired by ancient Egyptian Temples, lies vacant at present, but has great potential as a landmark, tourist venue and stepping stone to the south of the village, as well as accommodating large floorplate uses.

The canal, the river and open culverted Holbeck form attractive frontages to the northern edge of the Urban Village and a footpath network. Green spaces are few (as has always been the case), but greening is starting on opportunity sites, such as the ‘Wonderwood’ art installation and green area in the core of the Village. It would be good to see the incipient green and blue (waterways) infrastructure evolve, as the Urban Village evolves.

On our visit we dropped in on a couple of businesses situated in sensitively converted former industrial buildings. It was clear that they were locating here for its close proximity to the city centre, rail station and motorway as well as being in premises with character and with opportunities to meet with similar enterprises at the local places to eat, drink and shop. In some cases people working here are living in apartments in the Village.

Local shops are opening up, although fitfully. The post office closed, but plans are afoot to re-establish it in other premises. Events are seen as a way of fostering cohesion within the Village and raising awareness beyond. A pannier market is held and recently a city cross cycling event was held, negotiating the tight spaces of the historic urban village.

Connectivity has always been seen as a key factor in the regeneration of the area. Whilst it is in close proximity to the station and city centre, the physical and perceptual connections are poor. The proposed southern entrance to the station, under construction, should greatly improve this situation. However, Holbeck Urban Village seems to be somewhat isolated and inward looking, with few connections to the rest of Holbeck and Beeston, immediately to the south. To some degree this was the case formerly, when the Urban Village was an industrial area and the districts to the south were predominantly working class housing.

Holbeck Urban Village was initiated with the local authority as the lead partner, but the driving force behind the growth of the creative industries in Holbeck appears to have been the private sector, notably Igloo and Creative Space Management. As businesses and residents have arrived and flourished, stakeholder involvement is increasing. Could the Neighbourhood Forum, currently covering Holbeck itself, eventually incorporate the Urban Village, to foster links and ensure civic engagement, as the new population expands? It is hoped that the very positive placemaking design code will continue to be implemented, to maintain the quality of new development, conservation and public realm that is evident today. It could also build upon the successful involvement of the partners and community already created.

Is Holbeck Urban Village a neighbourhood? Perhaps not in the conventional sense, as it doesn’t have the critical mass and diversity of housing to support a primary school and other community facilities. Whilst undoubtedly more housing will be built, it seems crucial that provision must be made for a quantum of two and three bedroom accommodation, to achieve a balanced and sustainable neighbourhood. Nevertheless, Holbeck Urban Village is successfully establishing itself as a lively community of related enterprises bringing talent and prosperity to the city at large.