Much has been written about the architectural and aesthetic virtues as well as the history of Italy’s ancient cities. But how do these places meet the everyday needs of contemporary living? For the last three years Carlotta Fontana AoU and her students have studied Mantua in northern Italy to get a better handle on this.

Many authors1  have often praised the Italian historical towns and cities because of their complex and sophisticated quality, capable of fulfilling both aesthetic aspirations and sensorial desires, in contrast with the general dissatisfaction generated by the functional urban schemes of the contemporary city. Historical cities have been intensely analysed, with many different methods and tools, to capture the secrets of their wonderful capacity in satisfying different levels of human needs. However, less effort has been made to understand how these cities perform in meeting everyday needs.

In most cases, the historical centres of what we call ‘cities of art’ are architectural monuments in their own right: visitors and tourists appreciate the human scale, the proportions, the materials of ordinary buildings and open spaces as much as the monumental beauty of the grand palaces, churches and piazzas. Quite often, the opinion of visitors and inhabitants on the quality of this kind of urban fabric diverge, as locals perceive a hindrance where as visitors appreciate quality. This is not just the case with very special cities such as Venice, where the simple act of purchasing and delivering a washing machine may prove difficult. It is quite often the case in less obvious examples of historic centres, where the pressure of everyday contemporary life puts a strain on the built environment, which impacts on the inhabitants’ behaviour towards their own city.

Over the past three years, my students and I decided to explore this field. Most of the students on the course2 come from abroad; they are mainly interested in restoration issues and choose to study in Mantua, where the Milan school of Architecture has a branch, because it is one of the most beautiful art cities in Italy. As soon as the course started, I realised that my students scarcely looked at the city as a real place. Rather, they tended to see its streets, piazzas and arcades like a theatrical stage where people are actors, and the houses, shops, restaurants and cafés represent a highly valuable scenery. In fact, there is something to that. 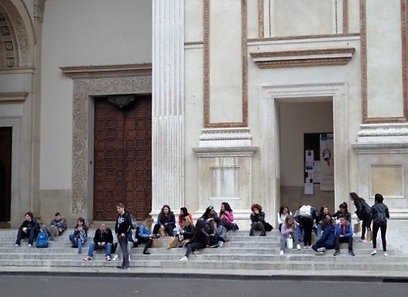 Mantua is a quite affluent city of about 50,000 inhabitants, surrounded by three artificial lakes, derived by the river Mincio in the 12th century, which create spectacular views. It was founded in the 4th century BC by the Etruscans. It became an important Roman city, where the poet Virgil was born; later it became a thriving Medieval free commune3, and finally a beautiful renaissance capital under the powerful House of Gonzaga that ruled the city and its wealthy region for almost four centuries, establishing marriage links with royal families all over Europe. Such a long and regal history resulted in a rich heritage of art treasures and architectural masterpieces, all of them set in a homogeneous, well-balanced urban fabric where, today, many cultural events take place throughout the year. During literary and musical festivals, thousands of international visitors flow along the streets and sit in the piazzas and under the arcades, moving from one ‘stage’ to another, and the city where Giuseppe Verdi set his Rigoletto actually shows its theatrical soul.

Yet Mantua is a city where real people live their everyday life. I invited my students to explore the ordinary, common character of a built environment they used to observe from a completely different point of view. I suggested a performance-based approach4, thus connecting functional aspects and the inhabitants’ perception. For our case-study, we chose the Percorso del Principe (the Prince’s Path), a thoroughfare which runs for almost two kilometres across the city centre, connecting Piazza Sordello, the main city square, to Palazzo Te. The route is significant, because it links places and monuments which attract hundreds of visitors every day. At the northern end, the large Piazza Sordello is surrounded by important buildings from the 14th to the 18th century – San Giorgio Castle, the Cathedral, the Palazzo Ducale, and the Palazzo Arcivescovile. At the Southern end, just across a park, sits the magnificent Palazzo Te, the pleasure palace which Giulio Romano designed for Federico II Gonzaga. Along the road, one can find medieval buildings and arcades, and outstanding monuments, such as the church of Sant’Andrea by Leon Battista Alberti, the House of Mantegna, the Temple of San Sebastiano, all of them spaced out by a curtain of ordinary houses that have been built over time, mainly in the 19th and 20th centuries, flanking the once suburban trail. 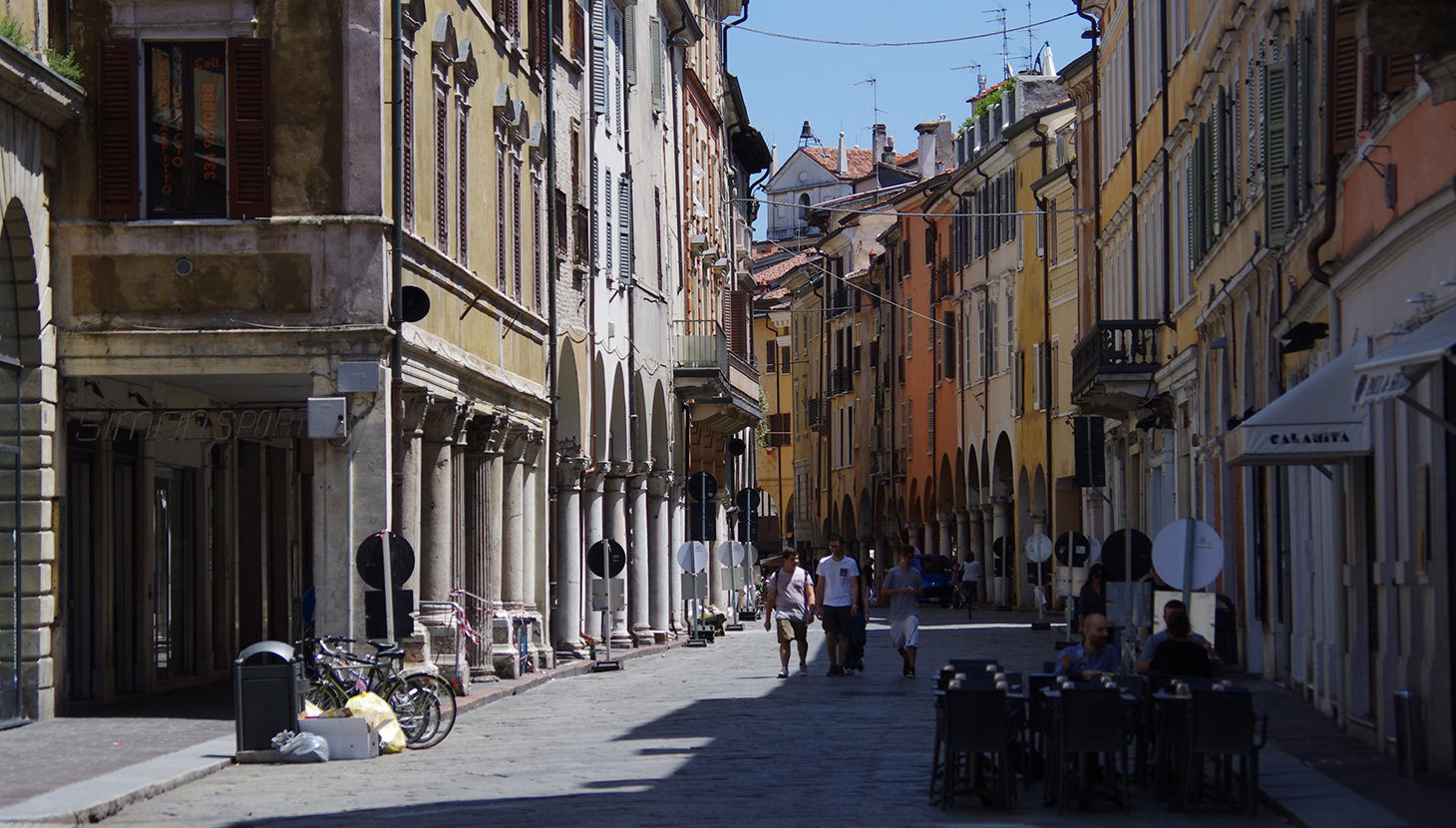 The ‘hard facts’ of the townscape (dimensions, shape, materials, texture, colour) have been mapped, together with the street equipment and furniture, street-level functions and activities (ground floors and shop windows, traffic, bus stops), as well as viewpoints and landmarks. A simple environmental landscape model has been derived by observing – from March to September – how sun and shade, wind and rain play along the path, walls and floors. Within this framework, people have also been observed: different groups of city users, their activities and interaction with the open built environment, their movements, flows, use of urban equipment and furniture during the day and night, and during the week.

One practical result of this work was, of course, a mass of detailed data and observation, organised by place and time, about issues such as pedestrian safety and wellbeing, wayfinding, hot-spots of overcrowding, poor maintenance, and the lack or poor position of equipment. Each of these performance assessments provides useful suggestions for willing city managers. The users’ survey confirmed a few seemingly obvious facts: both residents and non-residents enjoy the piazzas and arcades as outdoor living-rooms, where people can meet, stroll, sit, chat over a cup of coffee or an ice-cream and watch the world go by; the flow patterns of tourists are conditioned mainly by the location and opening hours of museums, monuments, shops and restaurants; the movement of residents follows the timetable of schools, offices, and weekly markets. But both groups enjoy sitting and looking at ‘the other half’; notably, for many older residents watching tourists seems to be the main daily entertainment. 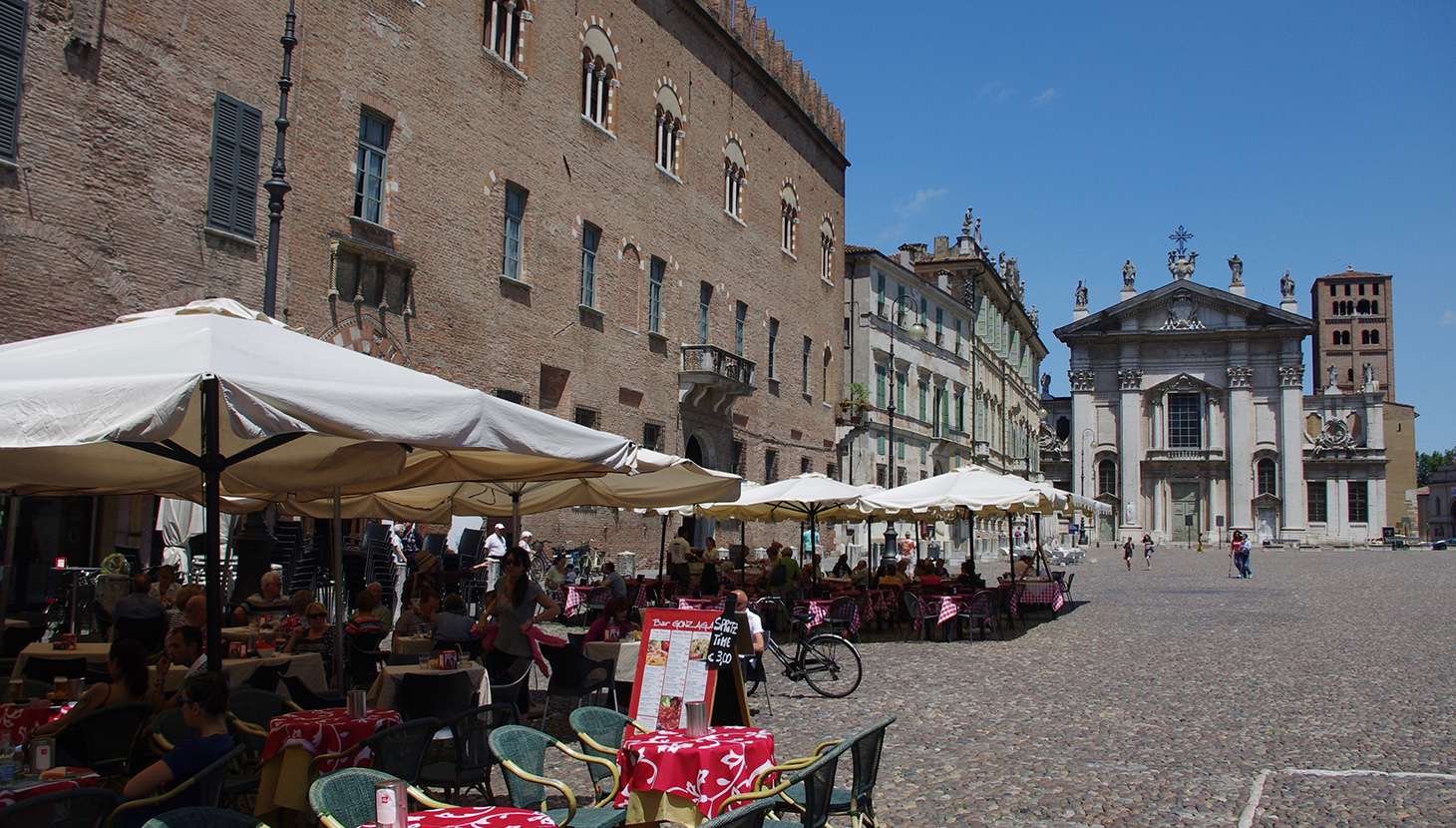 A closer scrutiny of residents’ activities and perceptions gave more interesting results. Residents, like visitors, complain about the overwhelming number of cars and motorbikes parked everywhere but, at the same time, dislike the idea of enlarging pedestrian areas or further limiting car access. The residents are usually very proud of their beautiful city and its treasures, but many complain about some of the typical ‘positive aspects’ of historical centres, such as the narrow streets and sidewalks. These aspects cause cramped bus stops, traffic to pass very close to pedestrians and make the movement of buses and service vehicles difficult. In fact, cleaning up after the weekly street markets seems to be a major problem. On the contrary, the irregular traditional cobbled and stone slab paving and kerbs are never mentioned as a nuisance, even by older people, although they are forbidden in the newer developments along the road by safety regulations. 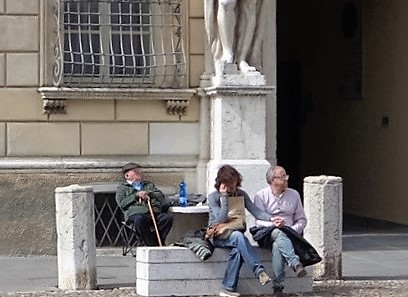 Younger residents seem to be quite indifferent to the abundance and quality of their usual outdoor meeting places. They take them for granted and consider the city a place for old people. Despite the popularity of the steps of Alberti’s Sant’Andrea’s as an after-school meeting place, for the boys and girls interviewed the most significant local landmark seems to be the nearby McDonald’s. This point raised many questions among my students, but in the end it was clear that you do not need to be aware of the cultural significance of a specific place to enjoy the pleasure it gives. The kids sitting in the small piazza on the church steps do not stand in awe looking at Alberti’s facade because it is a familiar backdrop on their way to school. Nevertheless, they do perceive and enjoy the well-tempered dimensions of the open space, the friendly measure of the arcades across the street, and the apparent carelessness of good city form. They just sit there and chat, the McDonald’s sticking out in their memory because it’s part of their teenage imagery. 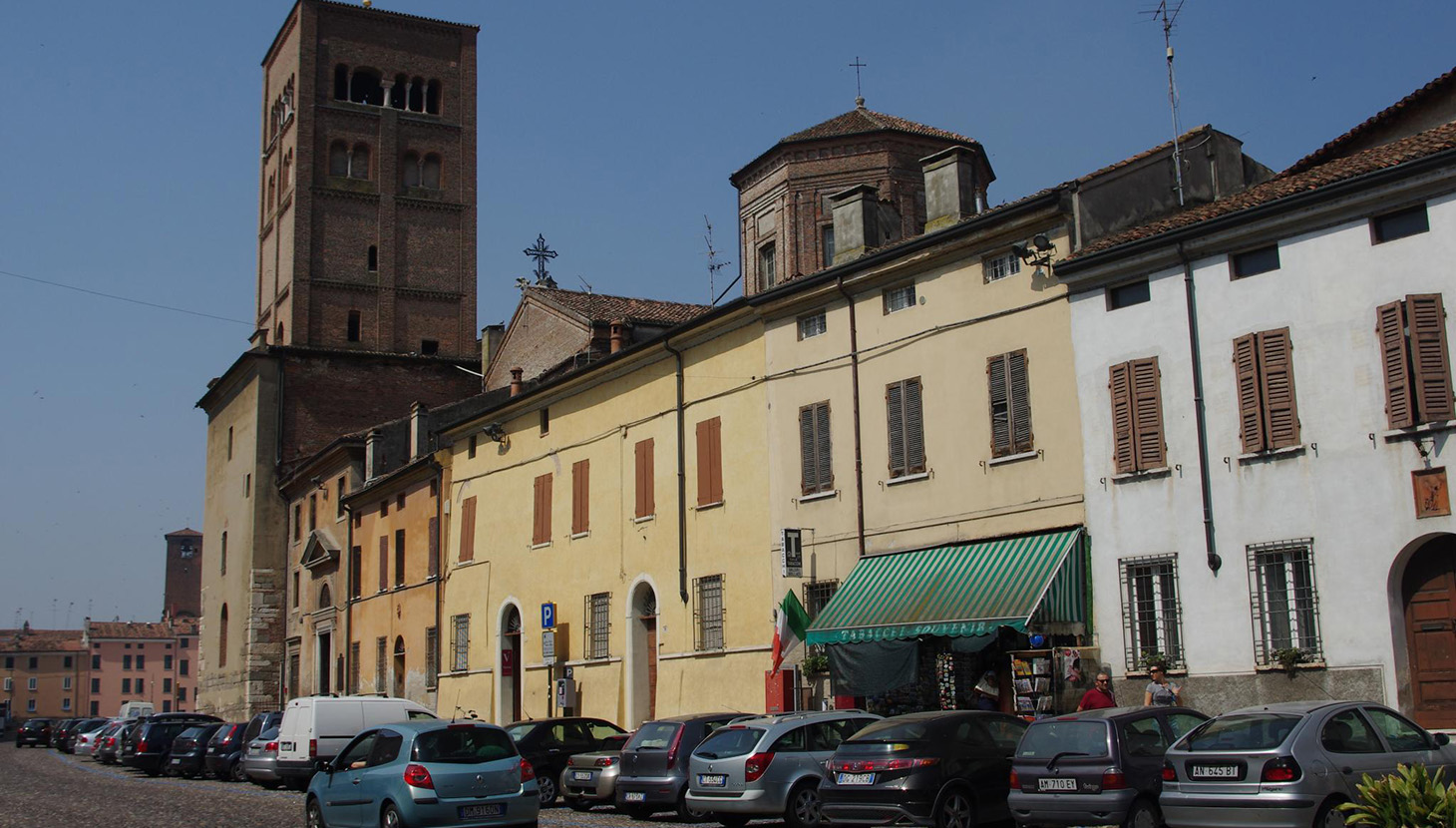 Most of my architects-to-be surveyors were puzzled at first by the idea of linking together the analysis of the ‘good city form’ embodied in a real historical city and the analysis of how ‘normal’ people (not tourist or visitors) use it. The foreign students especially, found it difficult at first to look at the city in terms of different layers of the same reality. They were more accustomed to consider the two aspects – the mundane and the artistic – as worlds apart. The Italian students, on the other hand, while sharing widely the same point of view, were more cynical, taking for granted that living in a monumental city is, in many ways, a bother – and that’s all. Both groups seemed to also share the unexpressed perception that, as far as architects are concerned, residents in a city of art are, above all, a nuisance!

The discovery of a necessary negotiation between the monumental dimension and everyday life, both having to share the same built environment, and the difficult task of preserving cultural heritage while providing good levels of urban usability, gave the students who were involved in the work a fresh outlook on the possibilities of their future profession.

Carlotta Fontana AoU is an architect, professor of architecture technology and director of the Course of Environmental Architecture at the School of Architecture, Urban planning and Construction Engineering of the Politecnico di Milano university.

3. In Medieval northern Italy many cities managed to break away from greedy overlords, becoming independent city-states based on a form of democracy by the institution of the Comune (Lat. communis = common). The Comune was a sworn allegiance between productive citizens to ensure mutual protection and peace within the city. It entailed the right to armed self-defence, to freedom of trade, and often to mint coins.↩