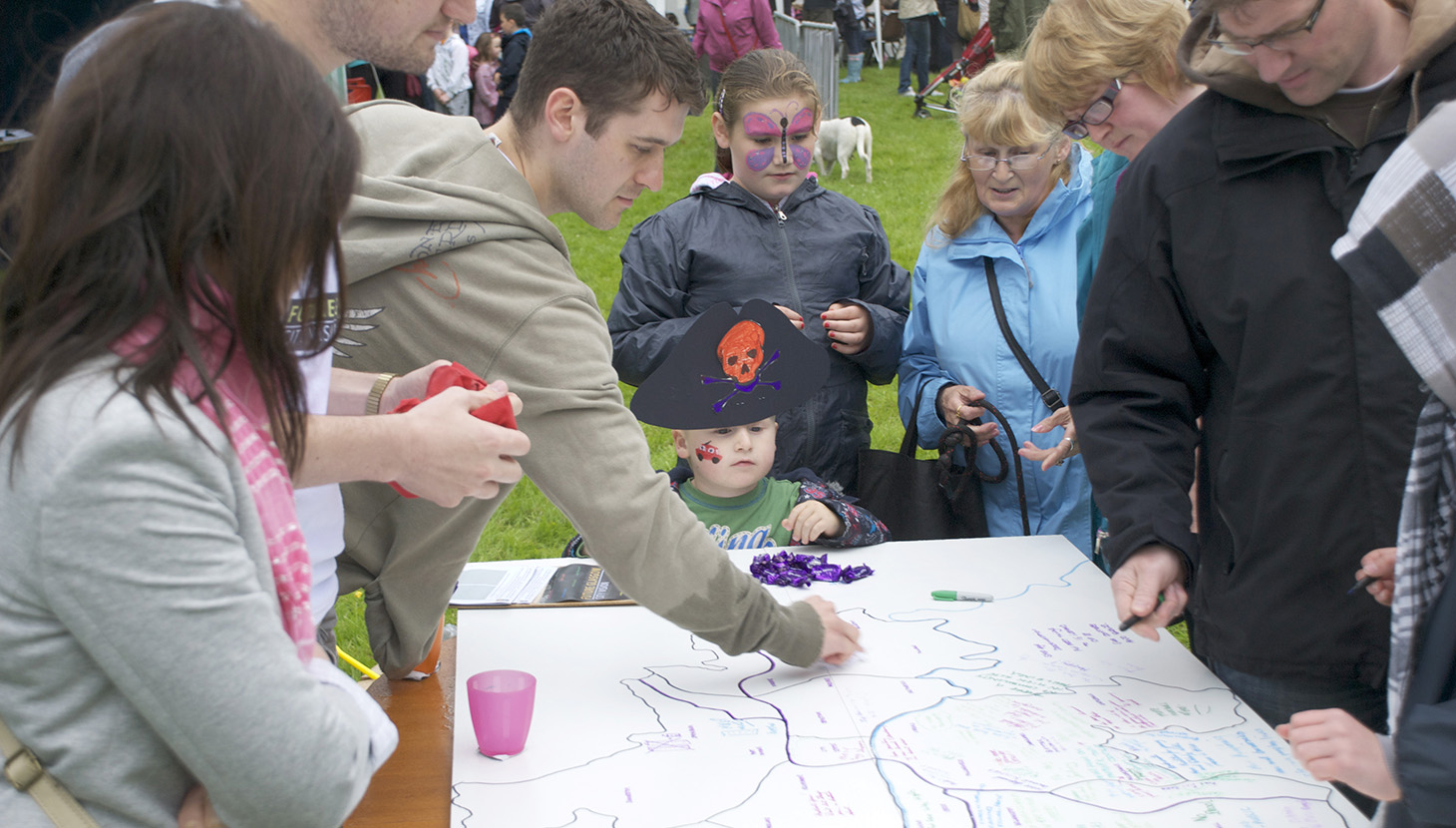 Universities have for some time been limbering up to a new kind of research offer that is more pragmatic, purposeful and locally orientated than the classic model. They are starting to think less in terms of what can the Romans do for us, and more along the lines of what can we do for the Romans. The resulting quid pro quo is a subtle and, in the present climate, engaging opportunity to explore long term themes and short term solutions in a wider urban setting.

When the Glasgow Urban Laboratory was approached by Glasgow City Council to help develop its City Vision, I realised it needed an approach that would ensure that both the city and the university really got something out of it, which meant the role of the Lab needed to be that of facilitator rather than that of lead consultant. We found that GCC had the tendency to focus on a vision process rather like a football team’s approach to a major championship – taking it on one match at a time – rather than seeing a bigger arc of thought emerging. It wasn’t until Professor Alan McGregor got involved, a leading labour market economist at the University of Glasgow, that the joined-up-ness really started to happen. He pointed out there were unique possibilities for engendering thought leadership and capacity building that were part and parcel of us all working together.

Having taken the vision process through to the point where the vision document itself is to be published and put out for consultation by the Council, I can now take a step back and start to work with the resultant capacities and insights that have arisen, and can start to make sense of the whole experience and what it has made us aware of.

One thing is for sure, at the very heart of the fifty year vision is a desire to turn it into reality. That might sound obvious, but so many so-called ‘visions’ remain just that – a set of ideas. The fact that this process produced a document that commits to core values in its delivery phase which espouse creativity and enterprise, opportunity and fairness, together with teamwork and respect, is I like to think a result of how we have worked on it so far. There’s been genuine team effort, and ideas working in different spheres, and a profound overriding belief that only if it’s creative and enterprising will this vision actually see the light of day.

There are many aspect of the City Vision that can be taken forward and drilled into further. It’s important for all those involved to take this valuable learning experience and the many insights it’s precipitated back into our respective organisations and put them to work. This is an important and necessary part of the knowledge exchange that often gets forgotten or passed over, in the rush to get on with other things.

I have come away with the strong sense that there’s no end to what you can achieve if you don’t mind who takes the credit. We have also managed to develop a new identity for the Urban Lab, whereby it’s something of a reference point for the city – and after operating for a good five years now, this is something you can’t just decide to be – you have to earn it.

The reach of our consultation work is also very important – it’s about the language we use to talk about the ideas, and the practical ways in which we try and get things going with real people and real communities. We need to keep asking ourselves, how do we put things into words about cities, so people grasp abstract difficult things?

Because the thing we most need right now is a different kind of sign up – not the kind that’s in it for today and onto the next thing tomorrow, but a truly sustained interest and belief in a place, enough to see it through all the painful changes it might need to undergo.

We really don’t ask people to do this often enough.