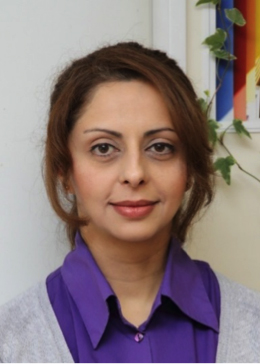 UN-HABITAT identified urban growth as one of the main factors that contributes to climate change. Since nearly 75% of the world population will live in cities by 2050, this increasing population in urban environments will amplify the impacts of climate change on our cities and our planet unless we take proper actions without any delay.

I am interested in interdisciplinary and emerging concepts which aim to find sustainable solutions for problems of the built environment; I have a master’s degree in architectural engineering, in which I designed an eco-friendly building using passive and active energy systems (renewable energies) for my final thesis; a Ph.D. degree in urbanism, and have worked on globalisation and global cities and investigated the impacts of globalisation, Information Technology and Telecommunication on the physical and virtual aspects of global cities, particularly London. Whilst working on my thesis, I got a scholarship to attend a research program in transnationalism and transnational spaces in Bauhaus Dessau in Germany in 2004 and I entered the realm of sociology. Later, I studied Environmental Psychology at the University of Surrey; My thesis in environmental psychology was about studying the reflections of ethnicity, transportation and GPS on cognitive maps of Londoners to discover peoples’ perceptions of their environments in multicultural societies. I worked on sustainable urbanism as a post-doctoral researcher and later as an associate researcher at the School of Real Estate and Land Management at the Royal Agricultural University (UK). I was involved with different national and regional projects, particularly worked on two sustainability projects at national level in the UK: Evaluation of the Impacts of Superfast Broadband on Rural Areas of Gloucestershire and Herefordshire’, and ‘Evaluation of Garden Enfield Regeneration project in the Enfield borough in London. We have assessed the student accommodation in Herefordshire in UK and published two papers in peer-reviewed journals. One of those was ranked in the top three and highly recommended papers of the Emerald journal in 2016. Our team collaborated with City Councils, stakeholders and other professional bodies, consultants from other universities, trustees, local authorities and third parties.

I was asked to write two chapters in a book called Smart Urban Development: Visions, Institutions and Mechanisms (2017) which was published by Routledge; My chapters 4 and 10 are about urban consciousness and citizens and art, science, universities and smart education. Since smart city seems to be the solution for the climate change challenge, I have continued my research on resilient, sustainable and smart cities. While writing the second chapter and teaching in different universities in different countries, I noticed less than 10 universities offer a full program in smart cities or sustainable cities, while it is quite important to educate the future generation about the serious problems of climate change and its consequences on cities to prepare them for future. As a visiting scholar at the Faculty of Engineering at the University of Windsor, I designed a course titled ‘Sustainable Smart Cities’ in Fall 2016. It was confirmed by the Faculty committee and it has been offered to Engineering students in master’s degree from January 2017; I have been teaching it at the Faculty of Engineering at the University of Windsor. My aim was to familiarise MEng students (Environment & Civil, Computer & Electronics, Mechanical & Automotive) with urban environments and current challenges mainly regarding climate change and urban resilience, so I can encourage them to see the bigger picture, think creatively, learn to work in teams, and design and prototype innovative solutions to solve current cities’ problems. 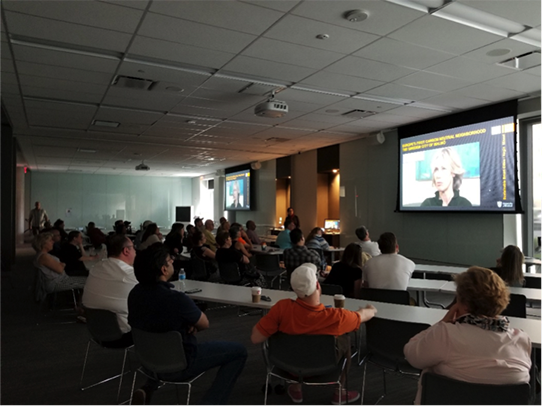 During my post-doctoral research in the UK, I defined a project for which I won the UK’s National Social Enterprise and Innovation Award of £5000 which was awarded by HEFCE, UnLtd and RAU to test my idea which I did. After I moved from the UK to Canada, I started my entrepreneurship journey and received training in Toronto to learn about setting up a business. Eventually my social enterprise was born in Toronto in 2016; It’s called EnDesign, Social Environmental Design and is a registered social enterprise in Canada. My mission is to educate and bring science-based and evidence-based design to the built environment by raising awareness through community outreach, public talks, consulting and design. I help cities move toward a sustainable smart future. Since 2015, I have organized 11 talks and workshops in different cities and countries including the UK, Canada and Iran, and talked in 5 of them. I organised a series of 7 talks on Sustainable Cities in collaboration with the Faculty of Engineering at the University of Windsor with 7 professionals during 7 weeks in summer 2017, to raise public awareness for the citizens of Windsor since this city is heavily dependent on cars and on car industry. Despite being busy with travelling to teach in different countries, I have tried to keep EnDesign active virtually by different initiatives and through social media. It is important that people know that their surrounding natural and built environment can directly impact their health and well-being. The latest initiative EnDesign introduced is called #Insightful_Book_Series which recommends insightful books to shed light on the interaction of people with their built environment and from scientific point of view. One book a month, hence there is enough time to read one and possibly have monthly meetings to discuss the contents and move to the next book. EnDesign also collaborates with service organisation on local projects. The latest project is called Let’s Get Moving which won an innovation award for a start-up in summer 2017 from local authorities to rethink the regional transport in Windsor-Essex county. We are planning an event in mid-April to collaborate with authorities to learn about their problems and plan a way forward.

EnDesign is interested in international collaborations with universities, cities, research organizations and private sector to help accelerate the process of achieving the Sustainable Development Goals and move toward a smart sustainable future.