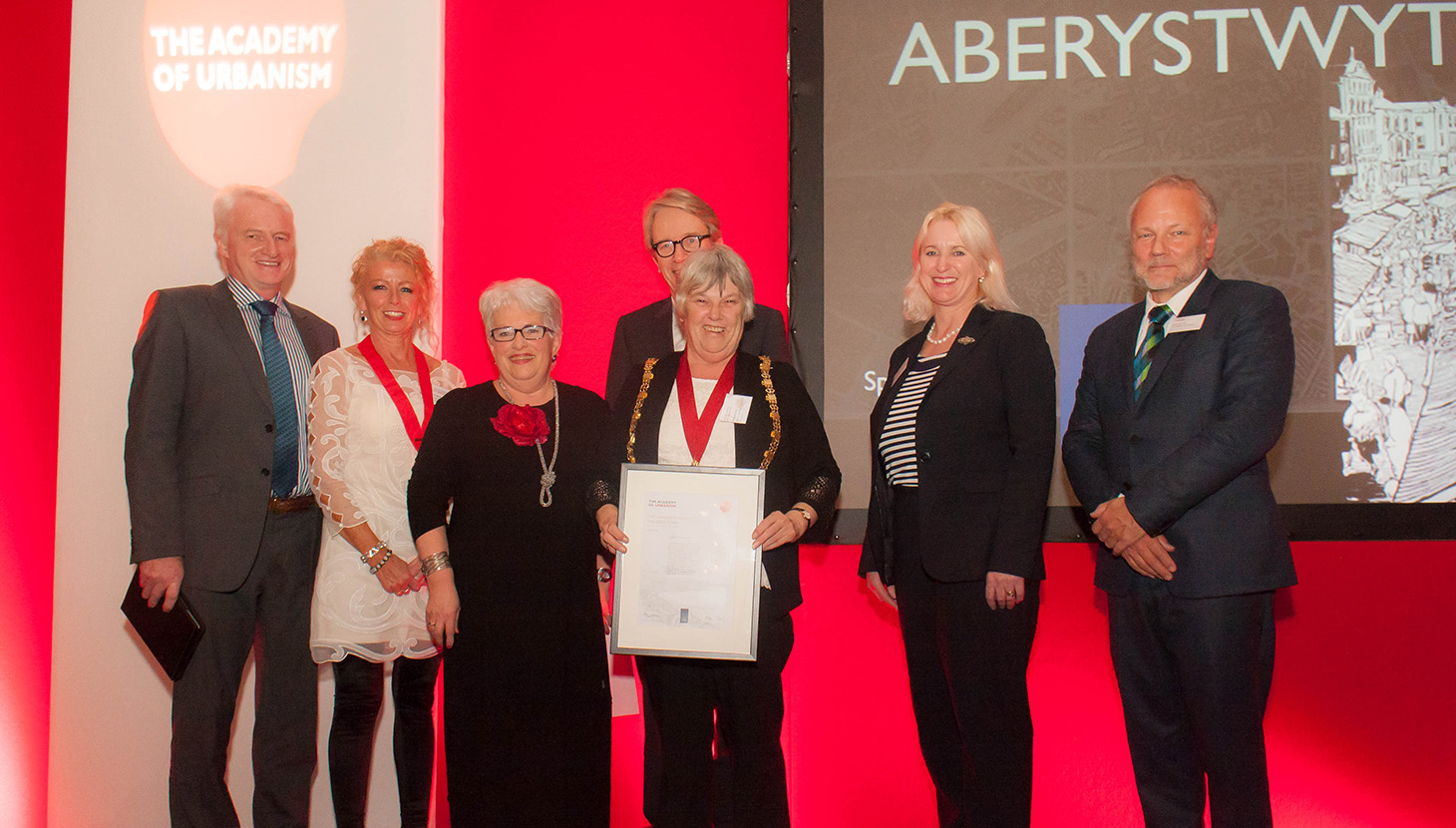 It was an exciting week leading up to last Friday’s (14 November) Annual Urbanism Awards. In between the final preparations that kept Linda and Stephen and their excellent support team tightly focused, they managed to guide me through the ceremony format and my role in revealing the ultimate winners. The votes had already been counted, but I avoided the winners’ names so that, right up until Friday lunchtime, I could say truthfully that I didn’t know. It meant I could share in the suspense too.

Suspense was possibly greater this year because of the diversity and status of the finalists. I got two out of five – I prefer to believe that this reflects the consistent quality of the entries rather than my inadequate appreciation of urban achievement.

Our Learning from Europe event, hosted as ever by BDP on the preceding evening, was inspirational. Our three European City finalists (Aarhus, Rotterdam and Turin) presented the strengths of their cities in impeccable English and answered intelligent and probing questions from a large and appreciative audience. Persuading people to leave the event, even when the food and drinks had been cleared away, was as difficult as ever. Conversations no doubt continued as groups dispersed to various alternative nodes of conviviality.

I spent Friday morning rehearsing the format once more, and then joining a discussion on plans for our Congress in Birmingham next year. It will be a little later in the year in 2015 to allow for the General Election and any aftershocks. It will definitely be in June and we will announce the date once we have reconciled this with the best available venues. The theme will be good urbanism and health and well-being; if you have suggestions for venues, topics, speakers and sponsors, let me know.

If you weren’t there, the Awards lunch and ceremony was judged a great success by everyone I spoke to. Our guest speaker, Paul Finch was hard-hitting and amusing in equal measure, and lived up to his reputation as a forceful commentator and critic of government involvement/interference in urban affairs.

There was an air of friendly competitiveness between the finalists and all assured me they had really enjoyed the event whether or not they were declared winners. We have a lot of contacts to follow up on, and lots of invitations to return that we will be responding to over the next year. If you didn’t get to vote, do make sure you read the assessment reports – they are one of the Academy’s most important resources and it would be helpful to know how useful you find them.

The popularity of the ceremony as a means of catching up with old and meeting new friends was perhaps best demonstrated by people arriving before the midday start, and the bar still being busy when I was dragged off to the pub at 6.30pm. If you weren’t there, make sure you don’t miss next year. Better still, book a table!

Don’t forget that the Academy’s End of Year Review is on 10 December at 70 Cowcross Street in London. We will be drawing conclusions and future opportunities from this year’s events and anticipating those to come. David Rudlin AoU will present URBED’s Wolfson Prize-winning proposals for increasing urban capacity around our great towns and cities, and we will explore how these fit with the Academy’s manifesto and our pursuit of Space Place Life. It’s a great opportunity for a festive gathering too.