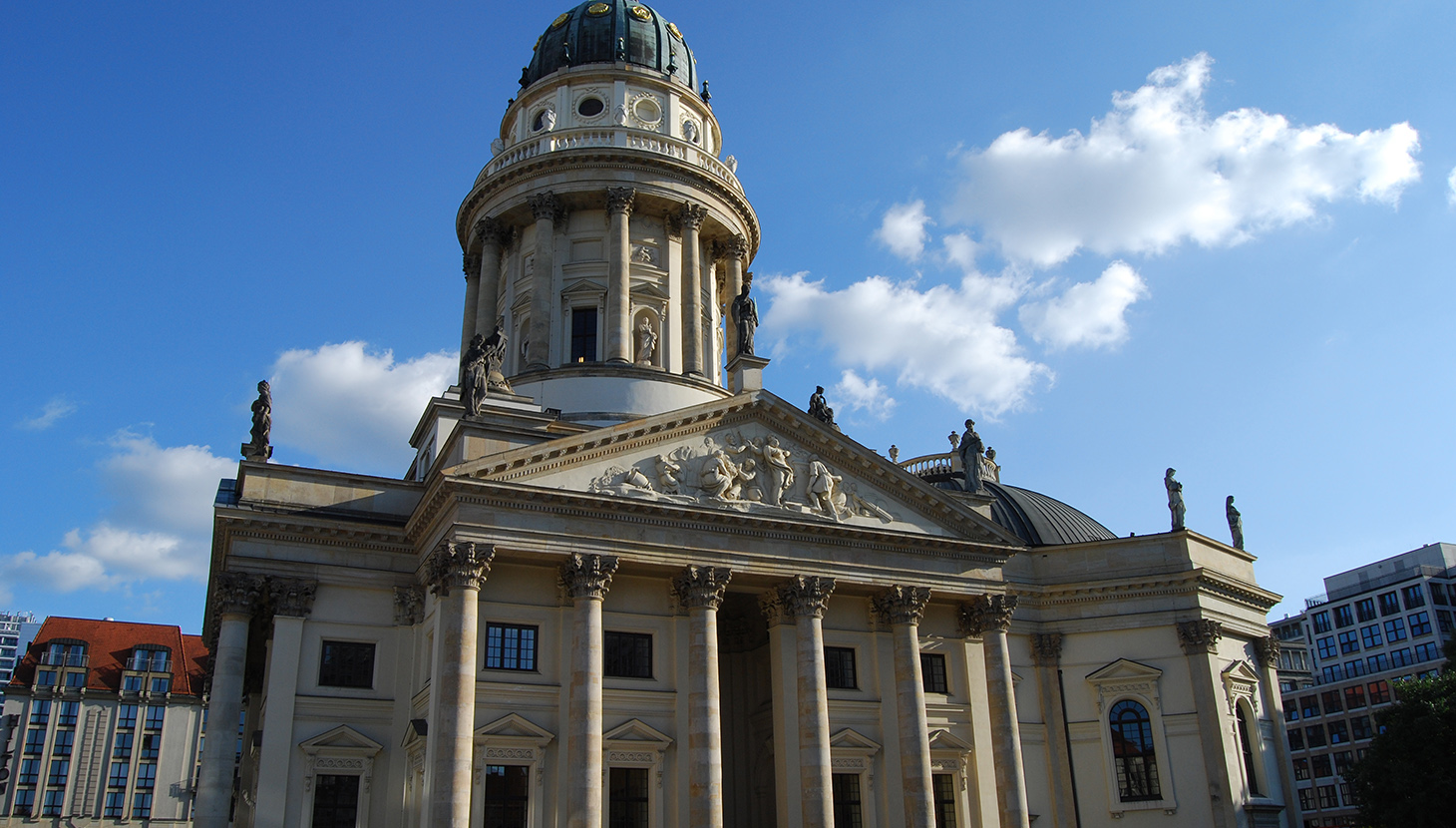 Berlin is a strong candidate for the Academy of Urbanism’s European City of the Year Award. The assessment team visited a unique city which has undergone quite momentous changes – a city which stands at the interface between Western and Eastern Europe and which is inextricably linked with the history of the German people. Now re-established as the Capital of the unified Germany, Berlin has been the theatre in which the dialectic between political systems and between traditional and modernist approaches to architecture has been played out.

Today it is a city of opportunities and optimism reconnecting with the past and filling the empty spaces created by war and wall with buildings and spaces of the highest quality. The governance of Berlin poses unique challenges to the City and State. The remaking of a city which was physically and politically divided for nearly 50 years, and which was subject to radically different architectural and planning traditions could be overwhelming. However the commitment shown both in understanding and responding to these challenges and providing the resources to address the opportunities and needs is a story of outstanding achievement. Detailed analysis using 2D and 3D modeling is being used to guide new development and reconnect it to the old urban grid.

Berlin is both rediscovering and reinventing its unique sense of place and identity. The fundamentals of plan and form incorporating green spaces, water and nature are being reinterpreted with both an eye to the past and the future. This gives the city a real sense of purpose and energy and makes a perfect backdrop for cultural expression of all sorts. The spirit of place and locational goodwill associated with the Brandenburg Gate and Potsdamer Platz are being harnessed to change both political and architectural notions of the ideal city.

This is an affordable place to live and work, a place which offers a high quality of life enlivened by parks and green spaces, river and canals. James Holbrecht’s 19th century plan for the Imperial capital provides the inspiration for a new city masterplan which seeks to re-establish city blocks accommodating a mix of uses linked by an efficient and effective public transport system. Berlin offers a great quality of life for residents and an enticing place to visit. As a capital city it is easy to use and is becoming an attractive place for individuals and firms to locate.

This makes Berlin a city of opportunity for commercial investment and enterprise. Led by the public sector and guided by a strong planning framework the city continues to attract private developers and investors who are contributing to the creation of a new dynamic urban environment. Alongside large scale corporate investment however there is a rich mix of individual entrepreneurship reflected in small to medium sized creative businesses as well as innovative meanwhile uses. With high levels of public transport usage and a natural, green setting Berlin is striving for a more environmentally sustainable form of urban development. Established neighbourhoods and an increasing emphasis on city living for people of all ages support this. Achieving social sustainability across a city divided on social, economic and political lines has posed a huge challenge which the city is seeking to match through innovative renewal programmes focusing on both social and physical needs.

For nearly 50 years a divided City, Berlin is fortunate in having a strong public transport infrastructure around which to build a unified functioning city. This has meant the rediscovery of the historic core supporting higher order functions linked to strong neighbourhoods that support a range and mix of uses. Berlin is a city that works.