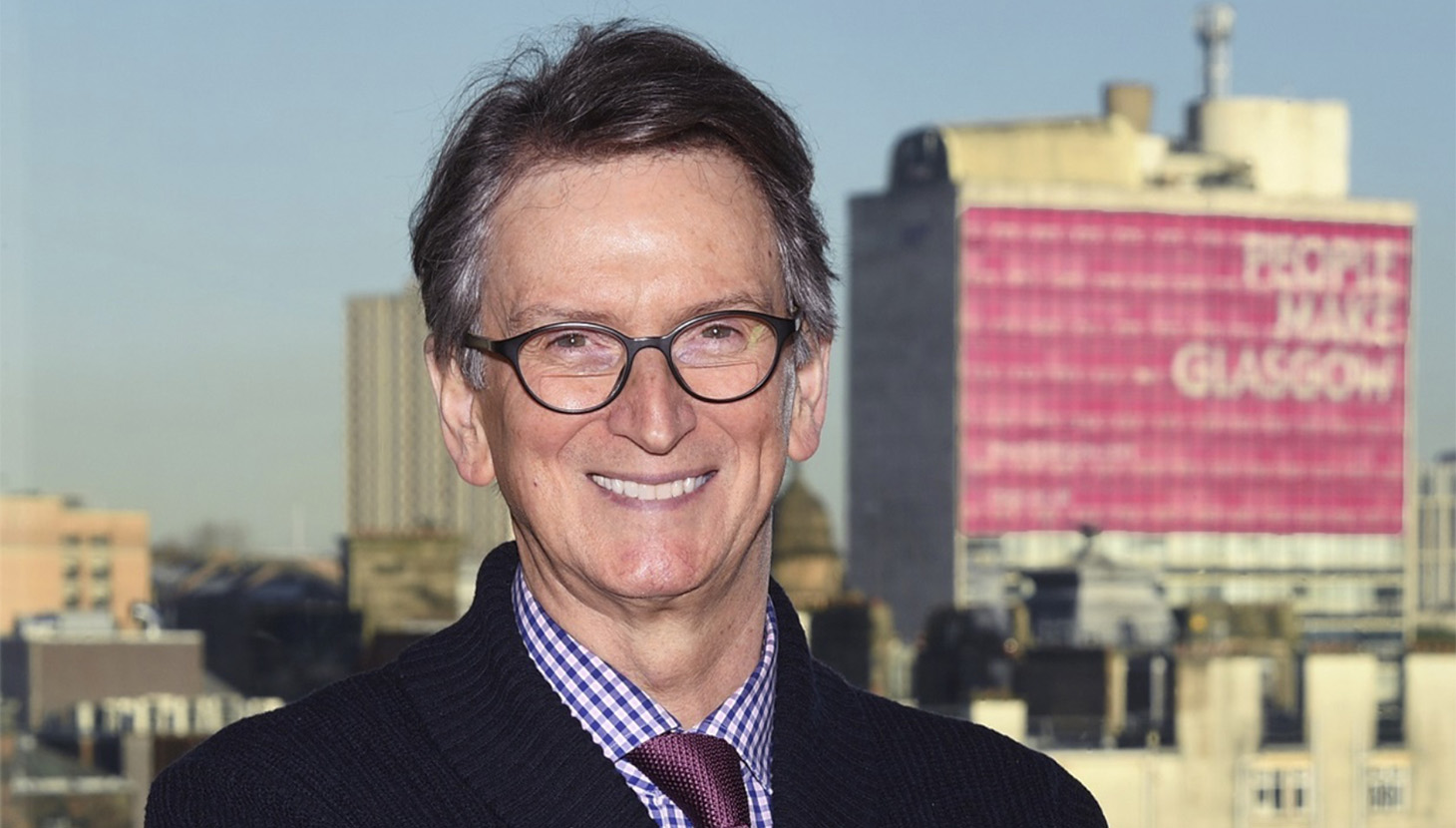 Glasgow City Council has appointed Academician and former director, Professor Brian Evans AoU as its first City Urbanist. This new role will see Professor Evans – a professor in Urbanism and Landscape at The Glasgow School of Art’s Mackintosh School of Architecture, and one of the UK’s leading urbanists – work with councillors, officers, the design community, and city partners and stakeholders to enhance Glasgow’s approach to place-making and connectivity.

He will work with politicians and senior officers to develop and embed an approach to ‘place quality’ in all of the plans and strategies that are implemented by the council family that affect how we live including housing, business, environment, transport and place connectivity.

The City Urbanist will galvanise resources that already exist and connect activity across the council family and the design community, in all functions that affect ‘liveability’ in Glasgow, to provide an over-arching narrative and get the best out of the key place-making policy in the City Development Plan

Professor Evans was a founding Director of The Academy of Urbanism and was instrumental in ensuring the organisation’s research into great places was rigorous and disseminated widely. He led the development and editorial of the Academy’s two books Learning from Place – Space! Place! Life! and Learning from Place – Urban Identity published by the RIBA and Routledge.

Professor Evans is a graduate of both of Glasgow’s architecture schools (The Glasgow School of Art and the University of Strathclyde). He has enjoyed a distinguished career, including with Gillespies, an international landscape architecture and urban design practice, and played a leading role the design and delivery of the Glasgow Garden Festival (1988), the Glasgow Public Realm Strategy (1995) and the Buchanan Street Project (2001). He led the team that transformed the public realm of Grainger Town in Newcastle-upon-Tyne, and key spaces within the World Heritage Site in Edinburgh including the highly acclaimed and award-winning redesign of St Andrew Square (2009). Professor Evans was also a founding Deputy Chair of Architecture and Design Scotland, and is also an adviser to the United Nations in Geneva. In 2017, the United Nations established a Charter Centre for Sustainable Urbanism at The Urban Lab, which he directs based at The Glasgow School of Art.

Applications for the role of Glasgow’s City Urbanist were invited from independent, strategic, thinkers with a proven track record in influencing the delivery of ambitious place-making policies on the ground, operating in the fields of urban design, architecture, urbanism, landscape architecture, or planning with multi-disciplinary, partnership working at city scale. The part-time role will also see Professor Evans act as a bridge between the council, communities and developers.

Professor Evans said: “It is characteristic of Glasgow to look forward and think creatively about the ways the city works for people. We should think about the design of Glasgow as an international city, a metropolitan city and, most importantly, as the everyday city of residents, businesses and visitors and I’m honoured to be asked to play a role and to take a strategic view on place, design and the city. I’ll be working alongside the City Council and its partners to complement existing capacity, stretch thinking on design and help identify gaps in knowledge and understanding.”