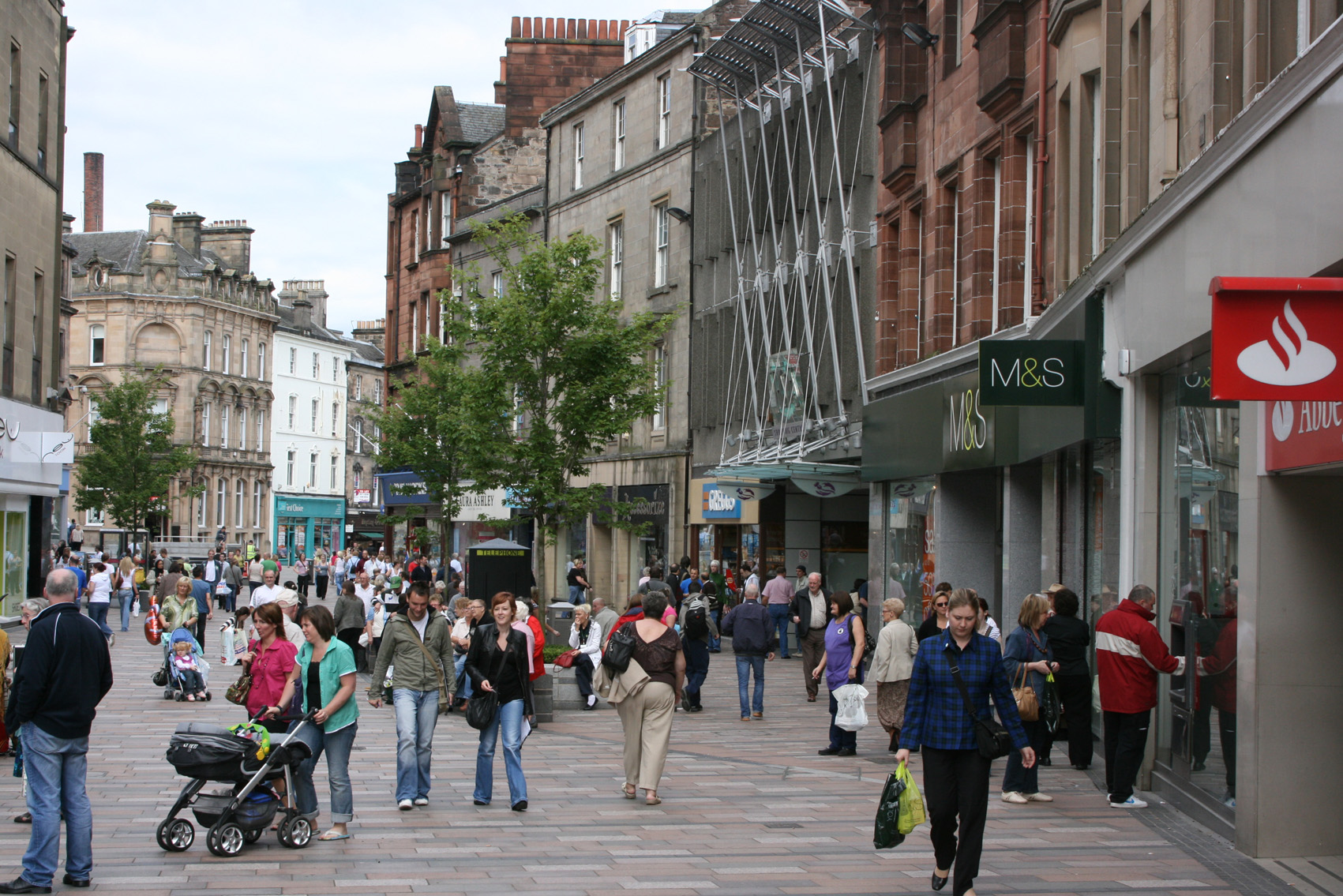 Stirling is chiefly known for its magnificent castle atop a crag, which occupies such a commanding position that you feel you can see half of Scotland from its ramparts. Designated as a royal burgh by King David of Scotland in 1130, the town was granted city status by the Queen to mark her golden jubilee in 2002 — making it the smallest city in Scotland, with a population not much larger than 40,000.

Clustered around the “tail” of the castle’s crag, Stirling has a compact core, with many historic buildings and pleasant informal green areas, at least one very fine Victorian housing district, some 20th century buildings that would be better demolished and replaced by more thoughtful works of architecture as well as pretty standard suburbs and outlying industrial estates.

Because of its topography, it is a linear town not dissimilar in layout to Edinburgh’s Old Town. It bills itself as being “at the heart of Scotland”, the crossroads between the Lowlands to the south and the Highlands to the north — a “wee town”, but bigger than its boot, as head of planning Mick Stewart put it. Rail links to both Edinburgh and Glasgow are excellent, which partly explains the fact that Stirling has become a popular commuter town.

The railway station is a gem that preserves many of its original features, providing an excellent introduction to Stirling. Once outside, however, visitors are greeted by the rear ends of one of the main streets — although there are long-standing plans to fill these unsightly gaps in the streetscape. Tourism is important, with 4.3 million visitors in 2007 — mainly to the castle; it’s the “Braveheart factor”.

There is a high level of habitation in the town centre, mainly social housing. Mostly, this is in newer buildings knitted into hilly streets, but also includes “Living over the shop” schemes or historic building renovations that qualify for grant-aid from the very active Stirling City Heritage Trust, which is funded by Historic Scotland (the equivalent of English Heritage, north of the border).

Stirling University, founded in 1967, is located on a heavily-wooded campus some 2.5km from the centre. But there are two blocks of student housing in the town, and even some above the main shopping centre. This centre is located right on the main shopping street and provides covered links to two other streets. Some 950 new homes are planned for Raploch, on the outskirts, of which 300 will be social housing units in what is hoped will be an example of sustainable development.

Forthside, the redevelopment of a former Army barracks, is under way — with the important aim of reconnecting the city and the river. Still in its infancy, the buildings already completed are not particularly significant architecturally, although the objective of turning it into a lively mixed-use area is wholly commendable.