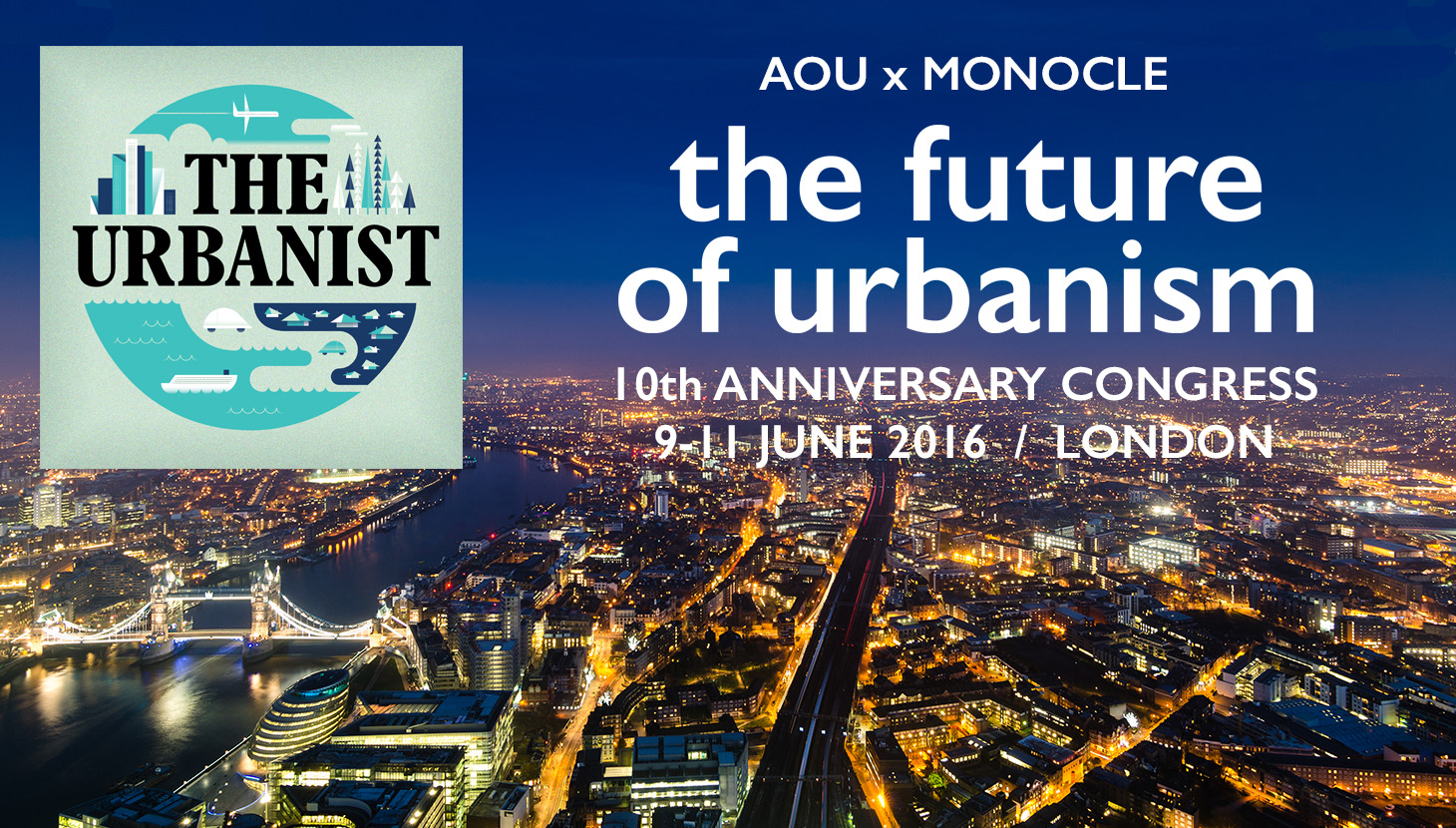 Monocle, our media partner for the 10th Anniversary Congress ‘The Future of Urbanism‘, report from the event on their radio show ‘The Urbanist‘. Hosted by Andrew Tuck, the episode features interviews with several speakers from the three day event.

Listen to the full episode by clicking the player below or via Monocle.

Chapter 4: Professor Brian Evans and the super-city
Any urbanist will tell you about the dangers of the emerging mega-cities but a closer inspection shows that, perhaps, rather than mega-cities we’re actually talking about super-cities.

Chapter 5: Jennifer Keesmaat, chief planner of Toronto
Toronto is a city that has seen a dramatic transformation over the past few years, from the revamping of old and forgotten areas to rebuilding with people and community in mind.

Chapter 6: George Ferguson, former mayor of Bristol
George Ferguson is a man who knows how to turn a city from frumpy to funky. He tells his vision for a smart and resilient Bristol.