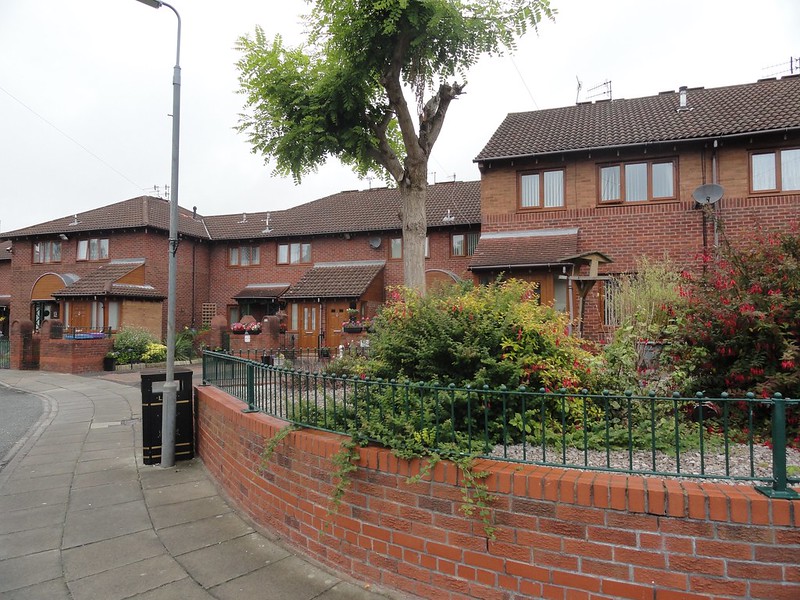 1. A new type of inner suburban street
Lark Lane proves that a street can be a popular destination over a large area without overly disrupting nearby residential areas.

2. A mix of tenures and residents can be complimentary
With a strong and active local community tenure difference can add vitality and diversity.

3. A community centre on a great street is a magnet and a focus
The centre is well used and run in an exemplary way by dedicated staff. It is truly embedded in the community and supports health, wellbeing and community.

4. Secondary streets can support a great street
The clear Victorian hierarchy of the high street has proven to be resilient yet flexible. The street pattern has embraced change over 150 years and will continue to do so.

5. Local council representatives can work with local communities to pin point change
There has been many examples of this over the years in the area but new initiatives are always needed to respond to changing social patterns.

Lark Lane is a vibrant street that runs from Sefton Park to the Aigburth Road. It has diverse shops and a night time economy famous across the whole city.

The street is in St. Michaels Ward and the Labour Party is working on an action plan for the area that the assessors saw. We were guided by Graham Marshall of Prosocial Space and Councillor Steve Munby, Cabinet Member for Neighbourhoods. We also met Gary Lawler from the Community Centre. He expressed concern that only one Councillor was invited and explained some governance issues to us.

Gary has initiated a study to address the imbalance in links between residents and businesses. The output will be a “needs and wants” chart and this is evidence of a strong push for positive change in the street.

This street has diversity and character at every corner and the team observed many modes of operation between early morning and late evening.

The immediate area is very diverse. At Sefton Park there are hotels, old people’s homes, religious communities and a park. The route to the nearest train station, St. Michaels, has large, prosperous family houses but it borders areas of social deprivation.

The Aigburth Road forms a definitive end to Lark Lane and provides convenience and chain stores on a busy radial road. When Sefton Park was built, the area of Lark Lane was farm land with dairies and smallholdings. Some of the remaining farm buildings form small mews clusters.

There is a mix of tenures across the street. The owner of Keith’s Bar has been able to purchase other freeholds which create an informal stewardship. The mix of bars, cafes and restaurants seems balanced and mutually supportive. There are many council owned buildings and we heard anecdotal evidence that sometimes the council lost records of what it owned.

A 1984 scheme at Newland Court Road seemed a successful replacement when the Victorian terraces were demolished. A community with safe areas for children’s play and social interaction has been formed in a strong but sympathetic way.

The retail offer in Lark Lane is mixed and eclectic. The only chain store is a recent Co-Op and there are many quirky uses as well as surviving family firms. At night time visitors come all over the city to use the amenities.

The Community Centre is a fantastic amenity for the whole of Lark Lane. The pre-school club mixes with the OAP lunch club which merges into daytime and evening activities for a wide range of clubs, societies and interest groups. Above the ground floor there are offices which are rented at subsidised rates to social enterprise groups.

Sefton Park is the gateway to Lark Lane and it offers areas of greenery, water bodies, sports facilities and amenities. The city council arranges many events which generate high footfall in Lark Lane as the crowds come to St. Michaels Street and walk along the Lane.

This is a commercially successful street although there are areas of economic problems nearby. By concentrating on the night time economy Lark Lane has carved out an economic model that seems to work. However the assessors would question how much of the local generated pound stays in the area. There are local and city wide initiatives that could encourage local jobs and more overlap between business and community

The Green party has been in power in this ward for many years now. They have installed solar powered bins, the “Big Bertha Solar” at both ends of the street. There are some recycling initiatives as well but more could be done.

The most visible sustainable action in the street is the food growing organised by the Community Centre. This provides a valuable provision of food but also creates social cohesion and pride.

The street is embracing changing social needs but some people we spoke to felt that the new Co-Op may be the beginning of an invasion by chain stores. There needs to be a co-ordinated approach by all politicians and community leaders to build on the good work so far.

The assessors noted that there is an open area by Aigburth Road which used to house the subway ramp. There is a great opportunity to have a community asset here such as a market square.

Lark Lane is legible with active shop fronts direct to the street. The speed limit is 30mph and a reduction of this would be beneficial. There is unnecessary congestion which could be mitigated by a light touch traffic scheme.

There is a taxi rank for night time use but minicabs are not catered for which leads to congestion and confusion as visitors use the street. There could be simple traffic management changes that would protect and enhance the special character of Lark Lane day and night.

The street has diversity, vitality and many positive features. However there seems to be a lack of co-ordinated actions and no overall vision to sustain positive change.