Part three: our addiction to grass and trees 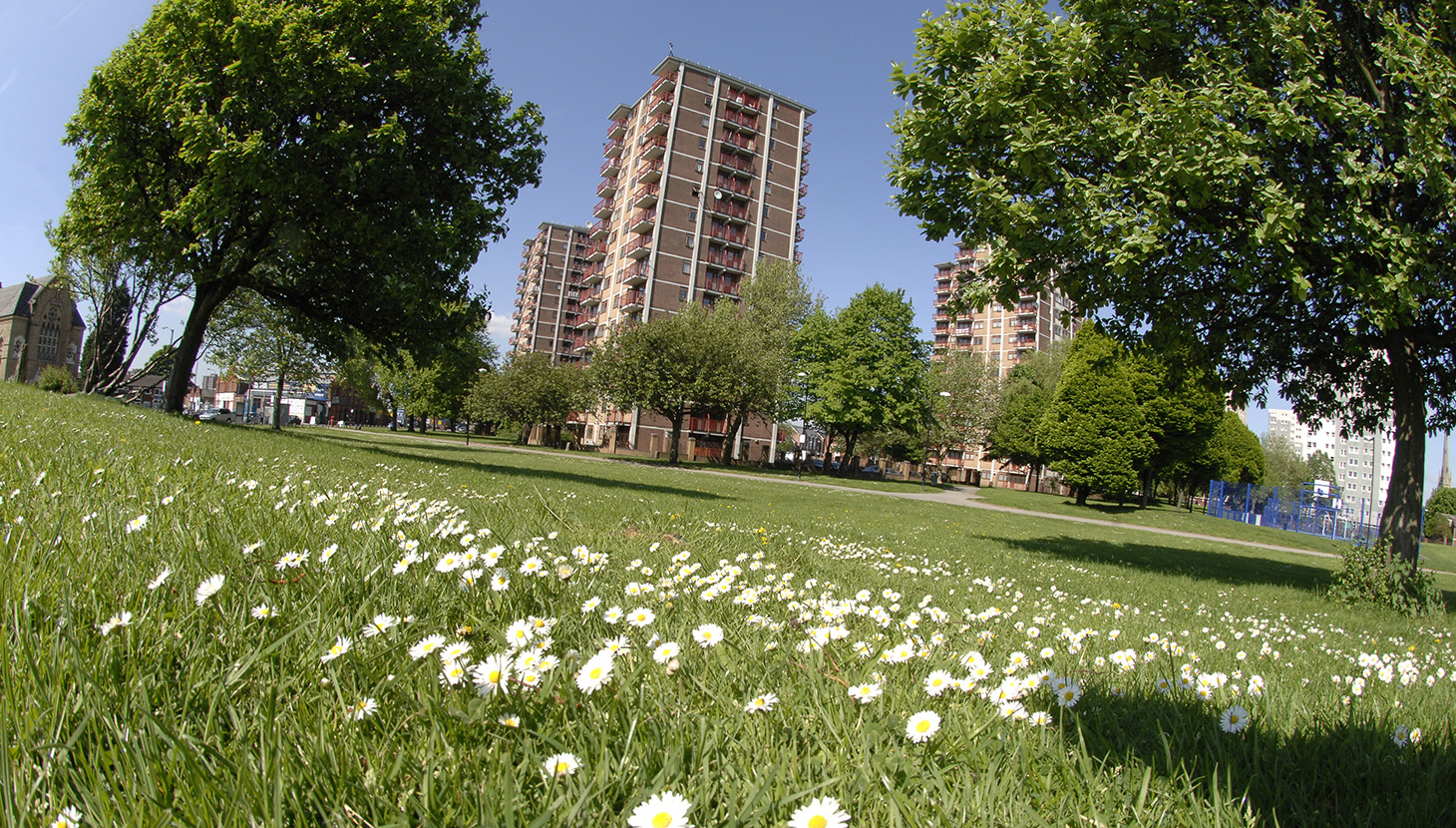 Most urban idiocy stems from the old maxim that you can have too much of a good thing. Once an urban good is identified – be it health, clean air, pedestrian safety, low levels of congestion – professions are set up to pursue this good and they do so to the exclusion of other urban issues. Nowhere is this truer than with grass and trees. People like grass and trees. If you ask them, they will tell you that they like them a lot and, if you give them the choice, they will gorge themselves on this urban salad until they make themselves sick.

Like all urban idiocy this starts with an issue of real concern. The Victorian city was deficient in green space. There were large swathes of Victorian Britain, particularly those housing the poor, where there was barely a blade of grass, let alone trees, play spaces, sports fields and parks. Social reformers rightly identified that this was really bad for the mental and physical health of urban populations, who suffered from lack of exercise and clean air, and the psychological deprivation of being cut off from nature. The result was the municipal parks movement that has given us some of our most magnificent urban spaces. Urban reformers took this further, arguing that green space should be integrated into the fabric of urban areas. The Garden City movement promoted the integration of development with green space while Raymond Unwin argued for standards of open space linked to an area’s population. In his 1912 pamphlet, Nothing Gained by Overcrowding, he reasoned that, since a certain population required a certain amount of open space, increasing the density of people in a neighbourhood only increased the need for open space and therefore decreased the amount of land available to accommodate those people. The Garden City at its 12-15 homes-to-the-acre was of course the ideal density to balance these issues.

The real radicals were, however, the modernists. In Radiant City, Le Corbusier swept away dark overcrowded cities with their hateful streets, clogged with cafés and the like. He argued that we should instead elevate our cities as towers, bathed in sunlight and set on piloti to allow a Teletubby landscape of grass and trees to cover the whole land area (never mind that grass and trees don’t really grow under cover). Across the country, slums were swept away to be replaced with council estates on columns set within a verdant landscape of grass and trees – what could possibly go wrong? Meanwhile, in other parts of cities, as industry closed down and sites fell vacant, the Derelict Land Grant act was used to raze whole districts and turn them back to grassland. Parks departments were so overwhelmed with the task of cutting these vast grasslands that they were forced to largely abandon the Victorian parks to concentrate on the task.

Faced with a lonely walk over unlit grassland, strewn with wind-blown litter and marked by the landmark pyres of burnt-out cars, past the parade of boarded up shops and roofless church that closed down because they lost their customers/congregation, you would think that local residents would take against this obsession with greenery? People are only too aware of the problems but as far as they are concerned the issue is not the open space but the people (the other people that is). “You can’t develop the green space”, they say, “that would be terrible. It would only bring more people into the area who are the cause of all of the problems”. People are addicted to this greenery; no matter how much harm it does them they demand another fix.

This is not to say that green space is not important. It provides space for recreation, play and sports, it allows ecological diversity, helps microclimates and air quality and is good for wellbeing. It is just that, like many good things, these benefits do not necessarily increase in proportion to the amount of open space provided. There comes a point where there is so much open space that the density of activity falls, undermining local shops and facilities, as well as bus services. The open space makes walking trips longer and less safe so that people use cars, and in poorer areas, even taxis. The lack of pedestrians, of course, just makes the area feel even less safe, leaving unsupervised open areas to be taken over by gangs of youths. So, yes, you can have too much of a good thing.

Much of the urban idiocy exposed in this column is thankfully a thing of the past. Not so with open space. We may have moved away from the Corbusian extremes of the modernists, but planners are still addicted to grass and trees and this is one of the few areas where they have the whole hearted support of the public. The most commonly observed open space policy in the UK is, what used to be called, the Six Acre Standard, promoted by the National Playing Field Association (NPFA) and first published in 1925. NPFA is now called FIT (Fields in Trust) and their modern standard suggests 1.6ha of sports fields and 0.8ha of play provision per 1,000 people (say 400 homes). Natural England also has standards suggesting that every home should be within 300m of a 2ha natural space and that there should be 1ha of nature reserve for every 1,000 people. Meanwhile, the National Society of Allotment and Leisure Gardeners suggests a standard of 20 plots per 1,000 households.

Many local plans adopt these standards because they seem sensible, have public support and save them having to do their own assessment. Some authorities have done open space assessments of their area calculating the amount of open space in each ward compared to the ‘requirements’ based on its population. Unsurprisingly, the more lively urban wards are all terribly deficient in terms of open space. Despite this, few question whether such standards might make it impossible to create good urban environments. What I can tell you is that this is exactly what these standards do – they make it impossible to build at anything other than suburban densities for the very reasons that Raymond Unwin pointed out in 1912. Increasing densities becomes subject to the laws of diminishing returns because higher densities mean that more land has to become open space. The logical conclusion of this gets us back to Le Corbusier’s towers.

Great cities like Paris are woefully deficient in open space by these standards but what they lack in quantity, they make up for in terms of quality. This is where we should be focusing our efforts to create urban areas that include quality open spaces, that create opportunities for recreation and escape and that are net contributors to biodiversity. Compared to this, blunt open space standards that are widely adopted as planning policy but mitigate against good urban development really are a contemporary form of idiocy.