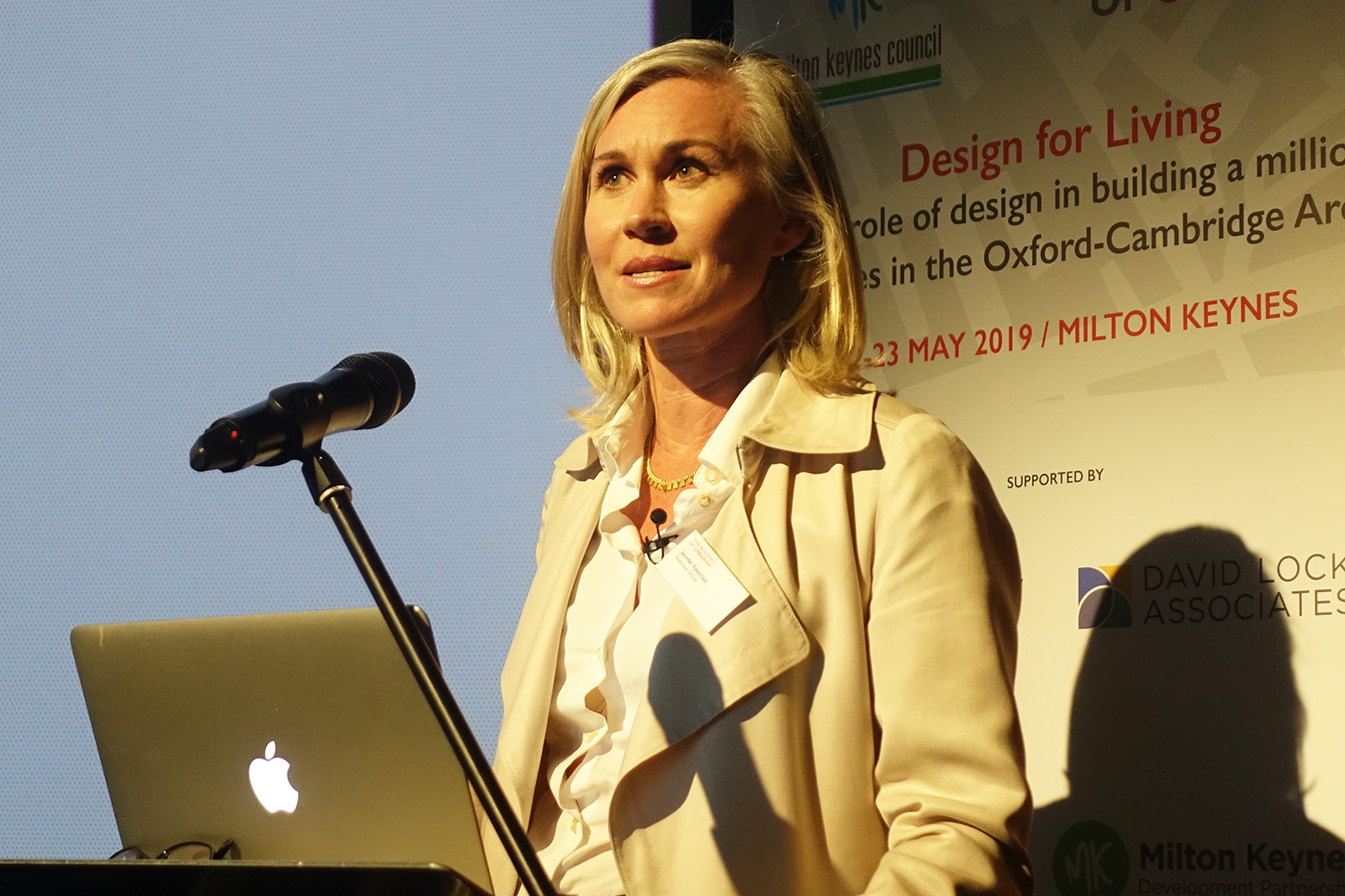 World-renowned urbanist, former Toronto chief city planner and mayoral candidate, Jennifer Keesmaat has been made an Honorary Academician by The Academy of Urbanism. Academy Director, Jas Atwal, presented Jennifer with the honour following her keynote address at the Design for Living conference in Milton Keynes on transformational placemaking.

Named one of the ‘most powerful and most influential people in Canada’ and one of the top Women of Influence in Canada, Jennifer spent five years as Toronto’s Chief City Planner, where she was celebrated for her forward thinking and collaborative approach to city-building. In Toronto, she introduced proactive planning focused on developing complete, dense, walkable communities. Facilitating a period of high growth, Jennifer oversaw billions of dollars in reinvestment in the city, and introduced the city’s first comprehensive transit network plan advancing LRT’s, subways, BRT and enhanced streetcar service. 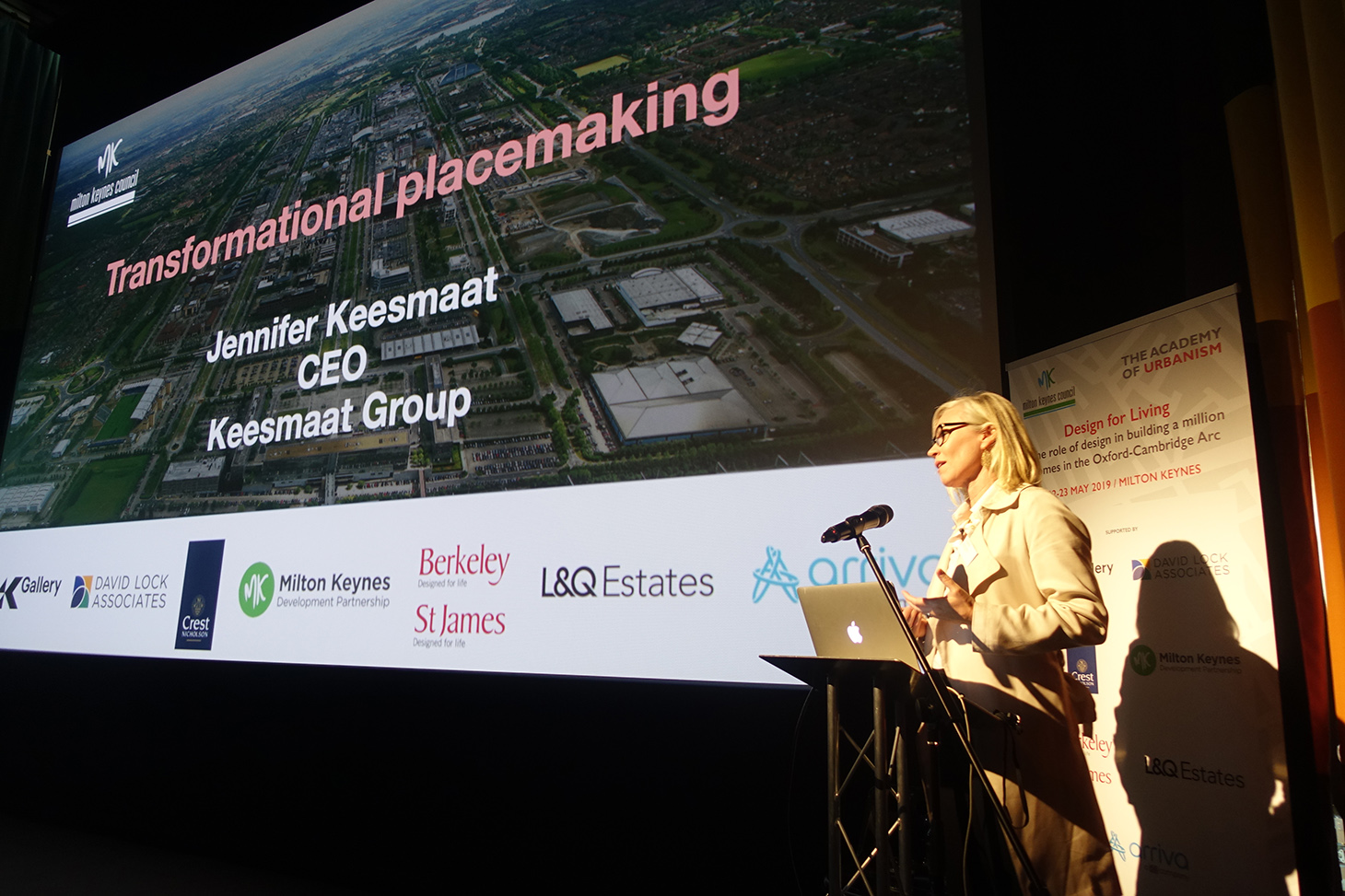 David Rudlin, Chair of the Academy said ‘We are delighted that Jennifer Keesmaat has accepted our offer to become an Honorary Academician after her inspirational presentation at the Design for Living conference. Jennifer is one of a very select group that has not only been incredibly effective in promoting urbanism but has put it into practice in the transformation of her home city of Toronto’.

Previously, Jennifer delivered the keynote address at the Academy’s London Congress ‘The Future of Urbanism’ in 2016, and participated in a panel discussion with city leaders of Bristol, Freiburg, Lisbon and Malmö. 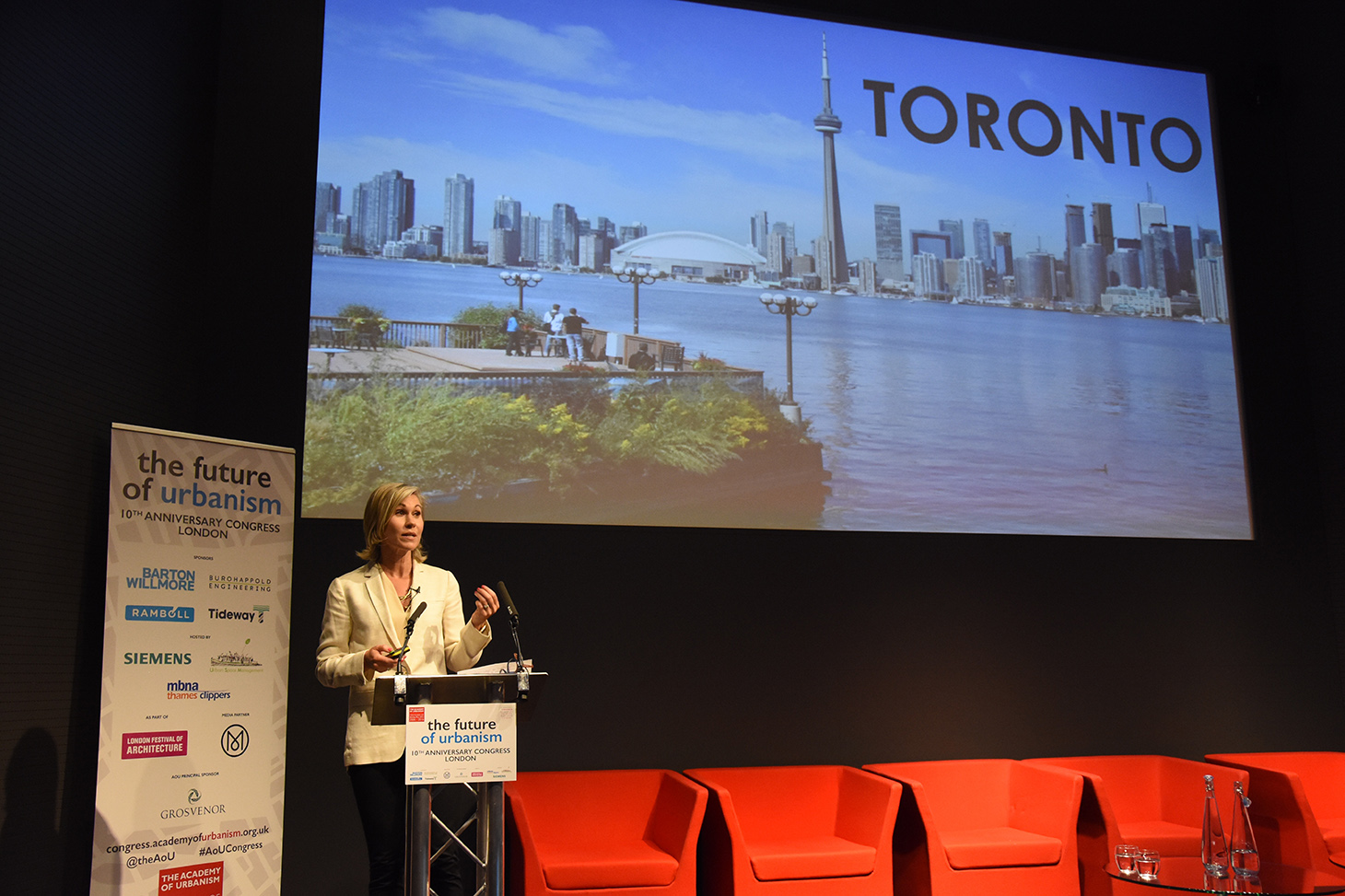 Speaking on the accolade, Jennifer said ‘It is an honour to be recognized by the Academy of Urbanism as an Honorary Academician. So much meaningful change is coming about in our cities because of the mandate of this incredibly progressive and forward-looking organization. I couldn’t be more thrilled to put Toronto’s progress in the spotlight and to be included amongst distinguished colleagues from around the world. Thank you for allowing me to present at the Academy and please accept my gratitude for this honour.’