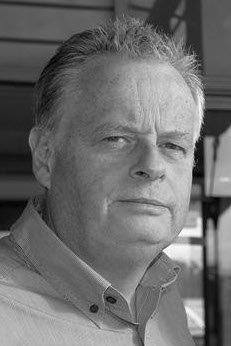 The City of Leeds, the city that generously, perhaps a little too charitably, provided me with my education in architecture, subsequently became both my home and a base for me to work for over 45 years. My growing need to ‘give something back’ to the community of Leeds coincided with a series of largely unrelated happenings. The most relevant was a ‘City Centre Vision’ conference called by Leeds City Council (LCC). The attendees were presented with inspiring ideas from other cities and an opportunity to energetically debate the future of Leeds and its city centre. A few months later, ‘Leeds Initiative 2008’ (LCC) was published, which some considered could have been more visionary. The following year Leeds Civic Trust published a discussion document ‘Leeds City Centre Transformed’ setting out aspirations for the long-term future of the city centre and suggesting ways for change. In addition, the Yorkshire Evening Post published a vision of the city centre in 2020– a scenario setting out a very different kind of city centre: green, clean, creative, and convivial.

These became the catalyst in 2009 for me to draw together a small group of citizens who shared an interest in taking immediate action to create a better city centre for the benefit of all. I asked the questions ‘how can we connect with the city to create an inclusive response to the delivery of this burgeoning vision?’ and ‘what can we do now in order to deliver the vision by 2020?’ Taking the name Leeds Sustainable Development Group (LSDG) we established our ‘rules of engagement’ based on the ‘Freiburg Charter’. It was agreed that we would progress by using the expertise and experience contributed by anyone and everyone who was willing to add to our energy for making a difference. In short, we were committed to a process of creating activity, whilst remaining a bottom-up and budget-less organisation open to all. We immediately focussed our efforts on the need for a coherent, inclusive vision for a significant area south of the river, a large proportion being within the designated city centre, where most of the sites were vacant or in uses that were unlikely to persist and where there was no overall planning policy. We structured our activity around a series of regular ‘Open Meetings’ and ‘Public Events’ resulting in a growing number of attendees and active contributors from a wide variety of backgrounds and interests who freely provided their time, expertise and experience, in return earning the worthy title ‘LSDG Contributor’.

Our dialogue focussed on establishing and developing key initiatives, resulting in the lobbying of individuals and organisations within both the public and private sectors. By being consistently and transparently inclusive we established a perceived integrity that encouraged a level of dialogue with the LCC that enabled them to ‘tick the box’ of credible community consultation beyond the minimum statutory requirement. In turn this encouraged those in the private sector we needed to work with to share information that supported our dialogue with the community. In effect our ‘bottom-up’ approach connected with the establishment’s ‘top-down’ approach in Leeds. This credibility has been invaluable in enabling us to open doors that had previously remained firmly shut.

In 2011 the City Council published their revised vision ‘The Best City in the UK in the period 2011 to 2030’. The LSDG responded by focussing on a detailed examination of the shorter term need to relieve the pressure for new housing to be built on green-field sites on the outskirts of Leeds and on the Council’s own plans to revitalise the predominately brown-field South Bank area. We instigated a series of targeted meetings with landholders and stakeholders within the South Bank, with the Leeds Civic Trust with key Councillors and Officers of LCC, as well as with politicians at a national level. We investigated the best examples of imaginative regeneration in other cities in the UK and visited many excellent examples of regional city centres across Europe including Copenhagen, Malmo and Amsterdam. Their heritage and imaginative use of ‘Compact City’ and ‘Smart City’ approaches had successfully regenerated their city centre communities physically, economically, socially and culturally. Within the South Bank, contributors identified an area of some 210 acres (85 hectares) of vacant or under-utilised sites. This represents a significant opportunity for the city to provide a truly sustainable community, with opportunities for employment, education and entertainment, all within walking distance. Most importantly there is an opportunity to deliver a significant quantity of affordable and aspirational family housing in the city centre.

In September 2013 the LSDG published a Prospectus ‘New South Bank: A Vision for Leeds City Centre South’. Our shared vision for a new sustainable city centre community to the south of the river became a catalyst for much discussion and debate that continues to date and much of this dialogue informed Arup and Gehl Architects contribution to ‘South Bank Leeds Framework Plan’ (LCC August 2016).

In preparing our ‘Vision’ document we identified several elements to ensure that we were doing something tangible to make a difference. In 2012 we published a Prospectus ‘A New Academy for Leeds’ partly in response to the housing developers whose enthusiasm for delivering family residential accommodation in the South Bank was clearly dampened by the complete lack of schools, parks and amenities. We identified a suitable delivery partner, prepared a submission to the DfE for the delivery of a ‘through school’ (3 -18), received DfE support with subsequent funding of £23M, identified a suitable site and the Ruth Gorse Academy opened in September 2016. 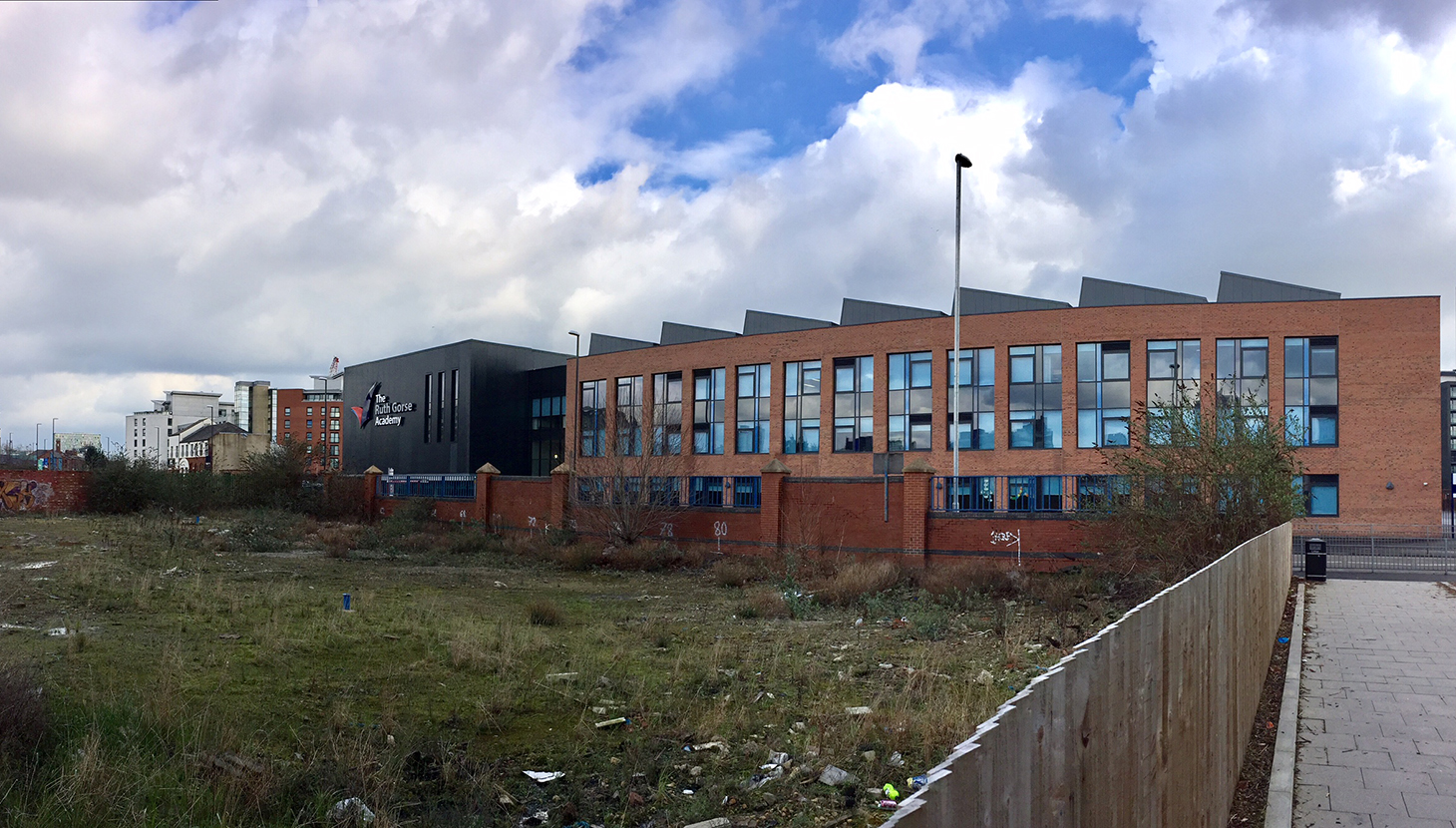 The school is set to achieve an ‘Outstanding’ judgement from DfE and will be one of the largest secondary free schools in the country. It serves an area of disadvantage. Approximately 51% of students are of white British heritage with other students coming from a wide range of ethnic, cultural and religious backgrounds. 65% of the current students qualify for free school meals, a measure of the poverty level of the intake.

The catalytic effect of this single achievement has enabled us to bring together a forward thinking developer and the Executive Head of the Academy to explore the opening of an ‘Outstanding’ primary school, the ‘South Bank Primary Academy’. This will coincide with the construction of 530 new homes, using ‘on-site/off-site’ manufacturing. 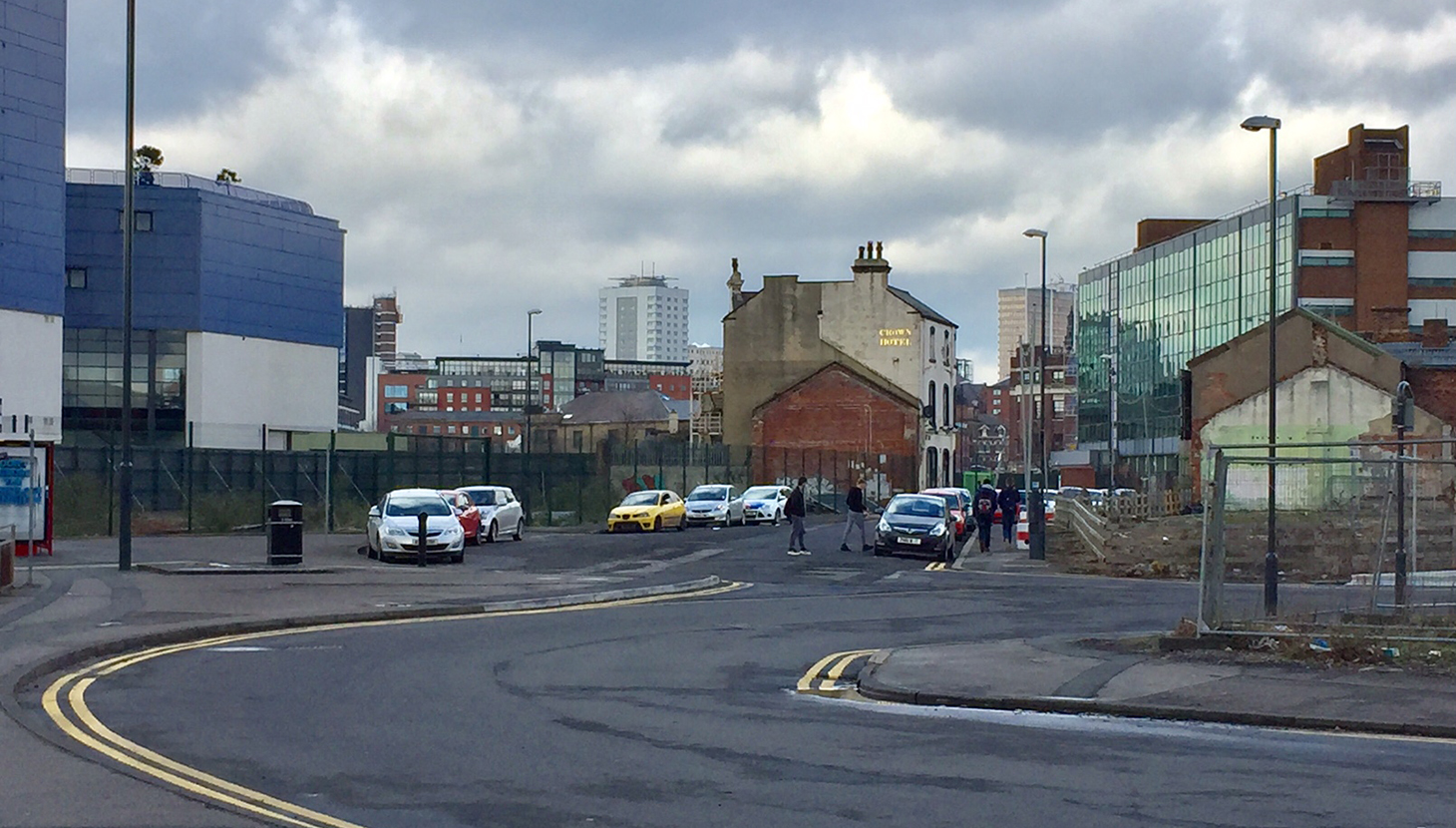 Proposed Hunslet Stray from the south

Our project ‘Hunslet Stray’ a proposed linear park, the first to provide a high quality public realm is a response to the house builders and a project capable of immediate delivery and now a distinct part of the developer Vastint’s recent Outline Planning Application for a mixed use development with a 3 hectare park at its centre.

Following my visit to Aarhus with the AoU, I became convinced that Leeds should seriously consider applying to be European Capital of Culture (ECoC) 2023 with the New South Bank acting as a significant catalyst. The LSDG has been lobbying for the LCC to take the lead on this taking the opportunity to link regeneration with culture. Aarhus ECoC 2017 started their journey in 2009 with a truly inspirational approach, a model for Leeds to follow. 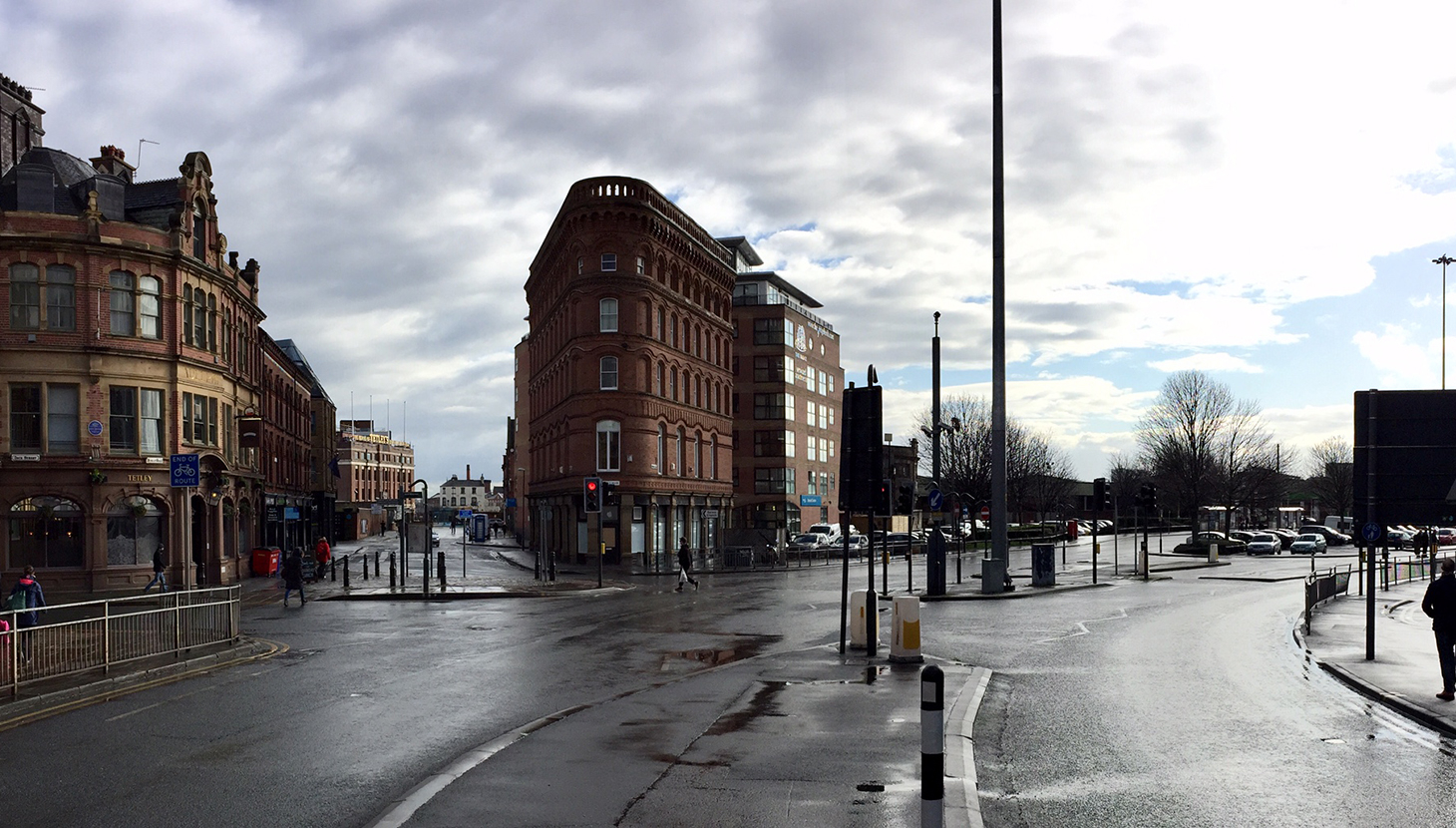 After years of tireless, ‘agitating’, ‘lobbying’ and ‘visioning’ our activities have become increasingly more focussed with the LSDG becoming a ‘Community Interest Company’ in 2014. As part of our collective commitment to delivering as well as communicating we are now with the full support of the Leader of Leeds City Council, commissioning, publishing and printing a high quality book ‘Leeds a Cradle of Innovation’. This is entirely funded by ‘patronage’ sought from those in the wider community of Leeds who can afford to contribute and in many cases will also be a subject of the book. The book is providing the basis for a travelling exhibition aimed at assisting us all in Leeds to comprehend our ‘culture’ in the context of our collective journey to understand our commitment to becoming European City of Culture 2023.

After eight years of operating as a bottom-up, budget-less organization, we are, for the first time, seeking finance to help us to continue to deliver our process of engagement and to deliver our collective vision for the South Bank of Leeds, a concept now fully embraced by the LCC, who now have a vision to “double the size of Leeds city centre by transforming South Bank into a distinctive European destination”.