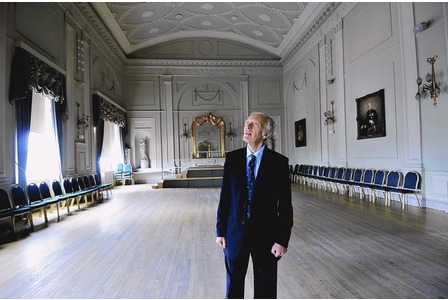 Chelmsford was granted its charter by King John in 1199. In 2008 the Borough Council adopted its Area Action Plan: viewing Chelmsford as a contemporary market town. It was also county town of Essex. I lived in Broomfield, a village adjoining Chelmsford. On joining the RSA’s East of England Regional Committee, I was asked to initiate a project aimed at promoting community engagement with the Borough’s Area Action Plan.

In collaboration with Derek Stebbing, Borough Planning Policy Manager, I arranged a series of conferences: inviting representatives of business, local authorities. The first, in September 2009 was addressed by Matthew Taylor CEO of the RSA and Barry Shaw, Head of the Built Environment at Essex County Council and Director of the Essex Design Initiative. This was followed in November by a conference addressed by Professor John Worthington AoU, then a Director at the AoU. The third and final conference was held in March 2010 with Charles Landry AoU, author of ‘The Creative City’ and ‘The Art of City Making’.

The conferences led to the ‘Chelmsford Initiative’; a “ground breaking initiative bringing together local people, academics, and key businesses to consider an appropriate future for the town – a future that respects the past but which is visionary and addresses the future” (Chelmsford Borough Council 2012). A Steering Group was established with Professor John Worthington, Barry Shaw and Roger Estop AoU, Borough Planning Design Manager. They were supported by Derek Stebbing, Mick McDonagh, High Chelmer Retail Centre Manager, Nephazi Odeleye AoU from Anglia Ruskin University and Clare Reilly, RSA Regional Manager. The Group decided to undertake an analysis of issues influencing Chelmsford’s economy, cultural life and community.

Chelmsford is located 30 miles north east of London. The Green Belt covers 34% of land to the south and west of Chelmsford. There are 110,000 living in the urban area. It is one of the least deprived areas in England. There are roughly the same number of people commuting into London from Chelmsford as travelling to work there from the surrounding area. Chelmsford is ranked among the top retail areas in the UK. Unemployment at 1.2% is low and wages higher than the regional average. 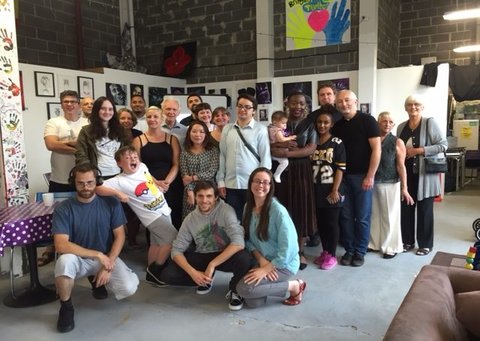 Trustees, Manager and volunteers at the Chelmsford Ideas Hub

The Steering Group set up what came to be known as ‘The Chelmsford Initiative’ In the summer of 2010 eight workshops took place exploring a different urban theme. The format involved discussion by around 15 invited participants led by a topic specialist covering: Learning, Production, Resilience, Uniqueness, Living, Working, Culture, Innovation. The outcomes of these discussions fed into two events: a Town Centre Symposium with Professor Worthington with speakers from a number of European countries and a World Café workshop facilitated by the New Economics Foundation. The whole exercise culminated in a Town Commons led by Matthew Taylor. The Director of the project was Stephanie Mills. She published the results in her report of the 2010 proceedings entitled ‘Changing Chelmsford: How Bold is Your Vision?’

There were 120 participants in all attending 11 events. The results were 100 ideas, 18 initiatives and one big idea. The most successful initiatives included a focus on sustainability by Chelmsford becoming a Transition Town and the formation of a Young Chelmsford Explorers Group, funded by the RSA, led by Annabel Brown, Architect. It had become obvious that residents were uncertain of the modern town’s identity. The original market town and administrative centre had been dominated by manufacturing industry in the early part of the 20th century, notably through the invention of wireless technology by Guglielmo Marconi. The Changing Chelmsford Group supported the Borough Council in its successful 2012 bid to gain City status. 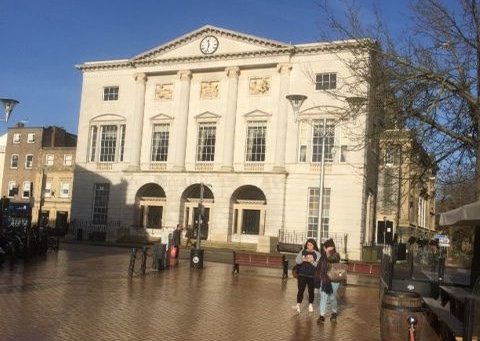 The concept of a ‘Heritage Triangle’ was the ‘big idea’ as unveiled at the 2010 Town Commons. Three dilapidated buildings symbolized the town’s neglect of its heritage in 2011. Securing their future became the over-riding priority. To achieve this the moribund Civic Society was revitalized and charged with ‘protecting our heritage and shaping the future’. Two of the Triangle buildings, the Georgian Anne Knight former Quaker Meeting House and the Marconi office block are now fully renovated and in use. The third and most important, Essex County’s 1791 Shire Hall, has had £1m spent on cleaning of the classical frontage and external works. The Civic Society is involved in negotiations about the building’s future use. Chelmsford City Council now commissions the Civic Society to run their Heritage Open Days programme. Above all, the Society is determined to preserve the Marconi Heritage. Recently, the Society collaborated with the Marconi Science Worx group in mounting an exhibition and programme of talks in the original Marconi factory: the first radio manufacturing works in the world. This has been achieved through an effort to raise the level of interest in the city’s history: in large part through the use of social media. The centenary of the First World War provided an opportunity to show today’s residents how Chelmsford’s economy had adapted to the exigencies of that conflict. This was done through a successful Heritage Lottery Fund project, Chelmsford Remembers, delivered in partnership with High Chelmer Retail Centre, the Essex County Record Office and Anglia Ruskin University. 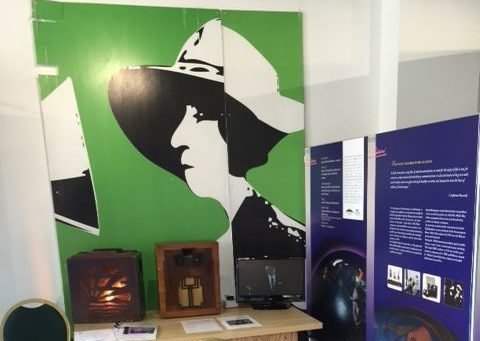 There were in 2009 six prospective development sites but due to the financial crisis, little prospect of any development taking place. Today there is progress with all of them: most obviously the recent Bond Street retail centre, adding about one third to retail capacity: including the first John Lewis store in Essex. From 2012 onwards the autumn Ideas Festival has been the centerpiece of Changing Chelmsford’s activity. This was led by Leonie Ramondt for four years. In 2016, two new Directors Victoria Button and Lucy Evans have arranged 93 events running between 22nd October and 12th November. The themes are: Arts, Technology and Science, Heritage, Food, Wellbeing and Your City. The ‘Your City’ events aim to engage citizens in debate over the planning, design, enhancing of the riversides and preservation of village life at Chelmsford’s rural edge.

A step change took place when the High Chelmer Retail Centre gave us the use of two floors which has become central to our activities. It is now a Charitable Incorporated Organisation (CIO) that offers individuals, groups, clubs and societies the opportunity to attend events, workshops, hire spaces for co-working, and join classes: or simply spend time in the Art Café. It is run by a Trustee Board, with Edith Miller as Manager and a team of volunteers.

The decision to leave the EU has implications for the future of small and medium sized cities like Chelmsford. Collaboration and sharing of good practice with similar places in continental Europe and access for UK citizens to European institutions of higher education are now at risks. There may be labour and skills shortages if we adopt the ‘Hard Brexit’ approach. A controlled points system for entry to the UK is unlikely to be as efficient in practice as is ‘free movement of labour’. Yet 62.3% of Essex voters opted to leave the EU. Castle Point at 72.7% and Thurrock at 72.3% recorded two of the highest votes to leave in the country. However, the vote was closer in Chelmsford: 52.8% leave and 47.2% remain. This implies an overwhelming desire to limit migration and generally to turn our backs on European influences. A consequence of this will be to deny our young people the chance to mix with their continental counterparts, thereby acquiring a European identity. This does not make them any less English. A challenge for the AoU is to consider how cities can overcome barriers to co-operation after the UK’s Brexit.