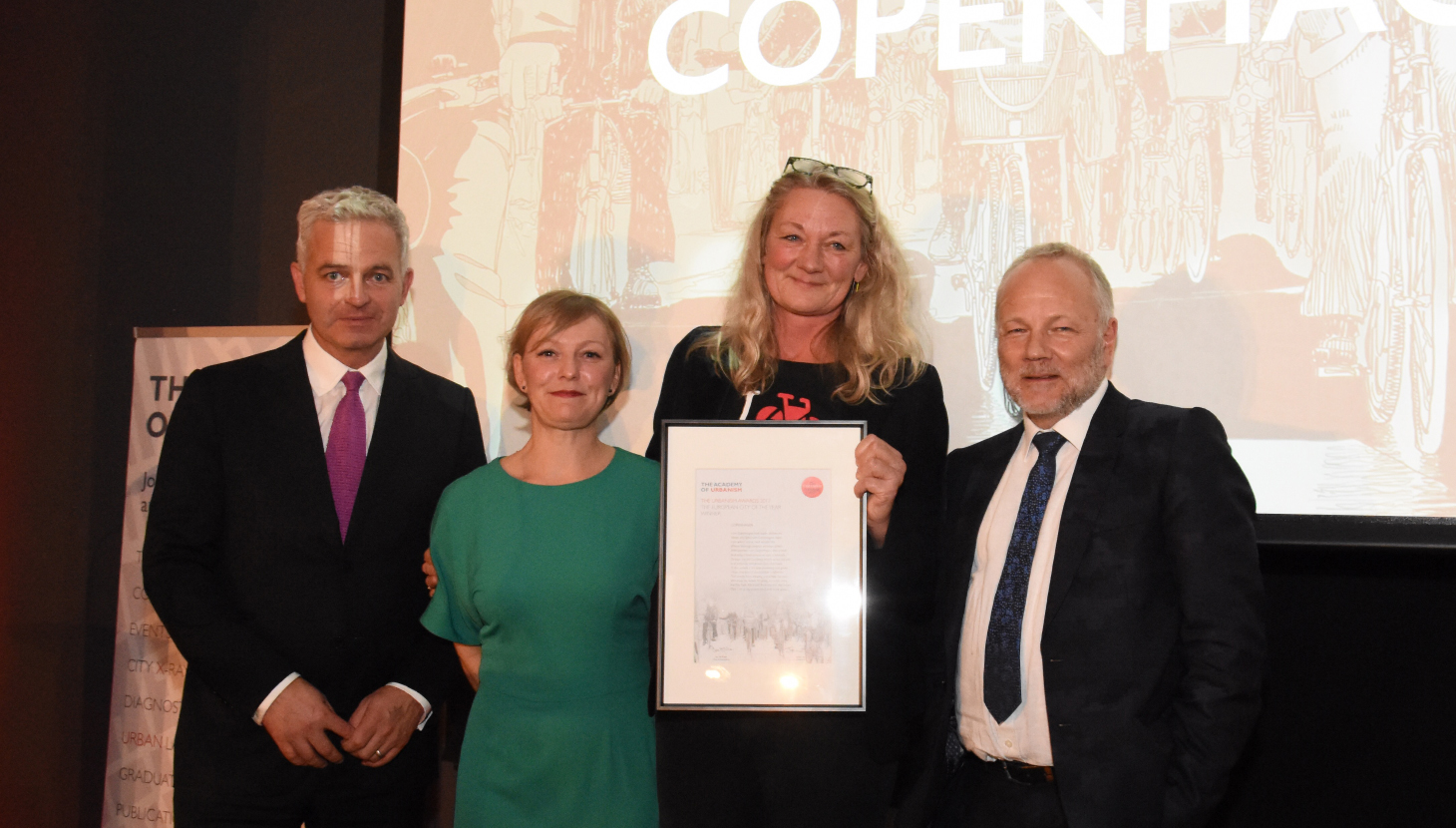 Copenhagen has been crowned European City of the Year at the 2017 Urbanism Awards. The Danish city fought off strong competition from fellow finalists Eindhoven and Montpellier during a summer of assessment visits and subsequent vote by the Academy. The City Architect, Tina Saaby, collected the award.

The Academy’s judges praised the Scandinavian city for its collaborative approach to planning the development, which has over the past 20-years put citizens at the heart of decision-making. Its open governance and ‘unplanned planning’ have resulted in a string of exceptional spaces that have blurred the lines between public and private ownership.

Steven Bee, chair of the Academy, said “Copenhagen is a capital city that has set the standard for intelligent, inclusive and sustainable urban management for the last 40 years. It continues to grow within its established borders, creating new neighbourhoods at high densities with high levels of amenity and distinctive neighbourhoods around an accessible and inclusive centre that makes the most of its harbourside setting. It is a worthy winner”. 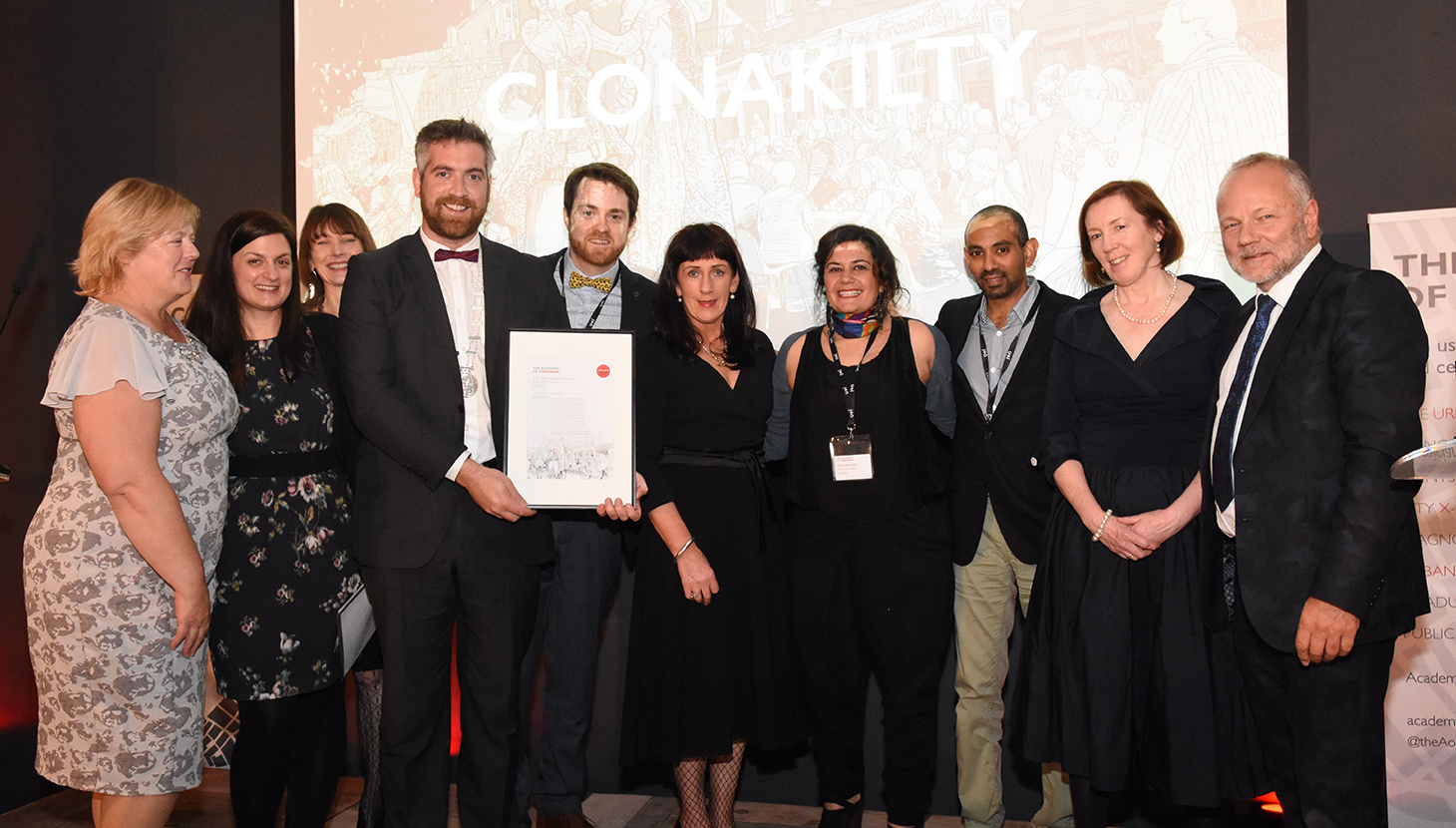 Elsewhere, our UK and Irish finalists celebrated the results in their four categories. Clonakilty in Ireland, narrowly beat Blackpool and Todmorden to take The Great Town award. On Clonakilty, the assessment team, led by Michelle Grant, noted “The quality of the town centre and the town’s location close to the sea and beautiful beaches make it an attractive place to live, do business and visit. Clonakilty is a good example of those three elements coming together in a sustainable way that celebrates local distinctiveness, tradition, entrepreneurialism and a strong sense of local pride”. The town was also credited for its volunteered and sponsored Clonbike scheme and its town architect in the community model.

Bristol self-build development, Ashley Vale, took home The Great Neighbourhood award. The project has been regarded as an exemplar of the success of community control housing development within a market economy. Lead assessor, Tim Challans, stated that the self-build is “conceptually and practically a fine example of good practice in urbanism because it shows how people with a common purpose can take control of the development of their own neighbourhood and, with the support of an innovative City Council, created an interesting, sustainable and bespoke living environment”. 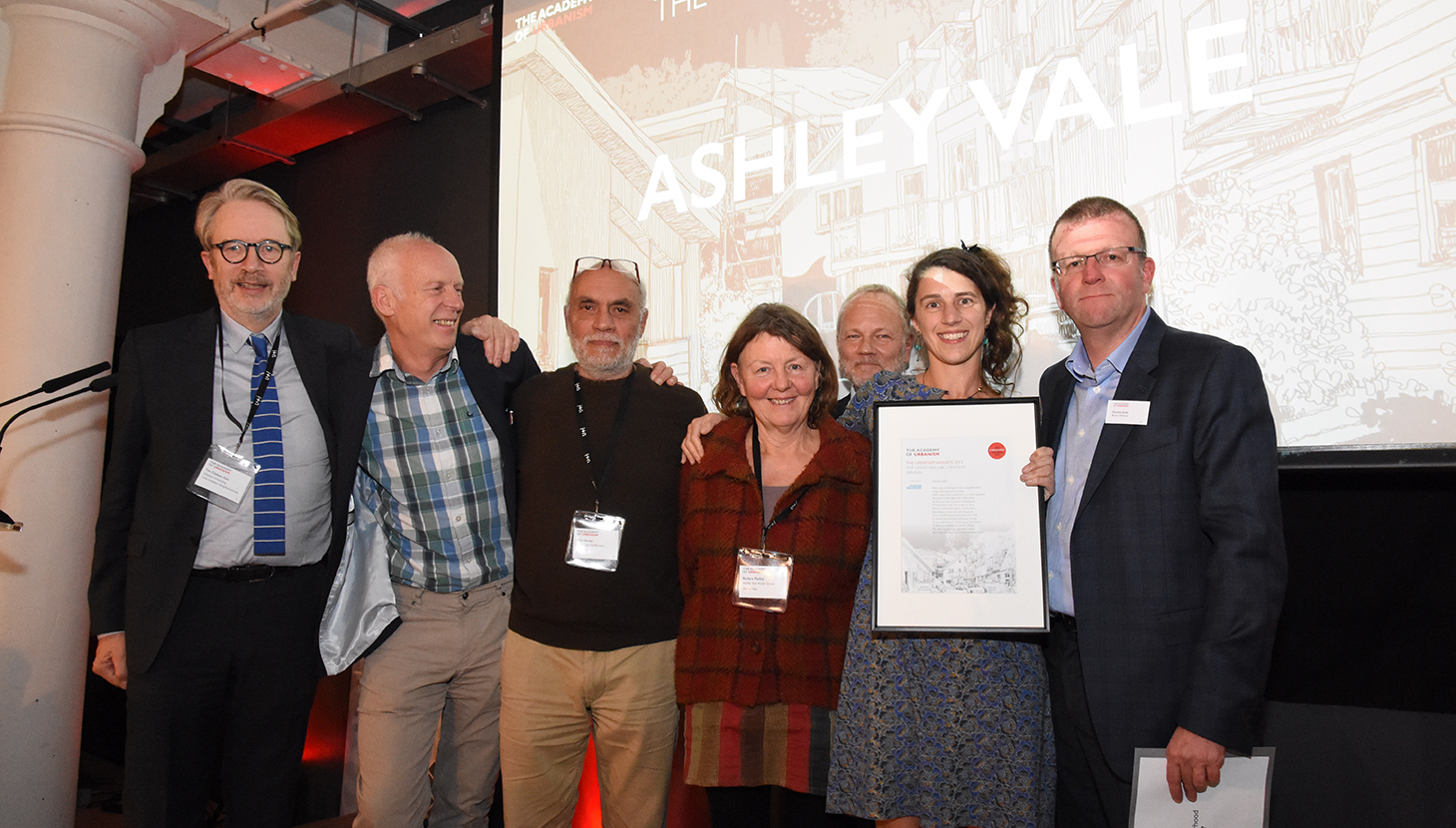 Walthamstow’s Wood Street was awarded The Great Street. The assessment team, led by Alistair Barr, praised the London street for its diversity of retail and social enterprise as well as the sense of discovery from hidden avenues that make the street inviting and refreshing. The Academy also noted that the street has grasped the opportunity to heal the wounds left over from the 2011 riots, led very much by collaboration between an engaged community and strong local political support. 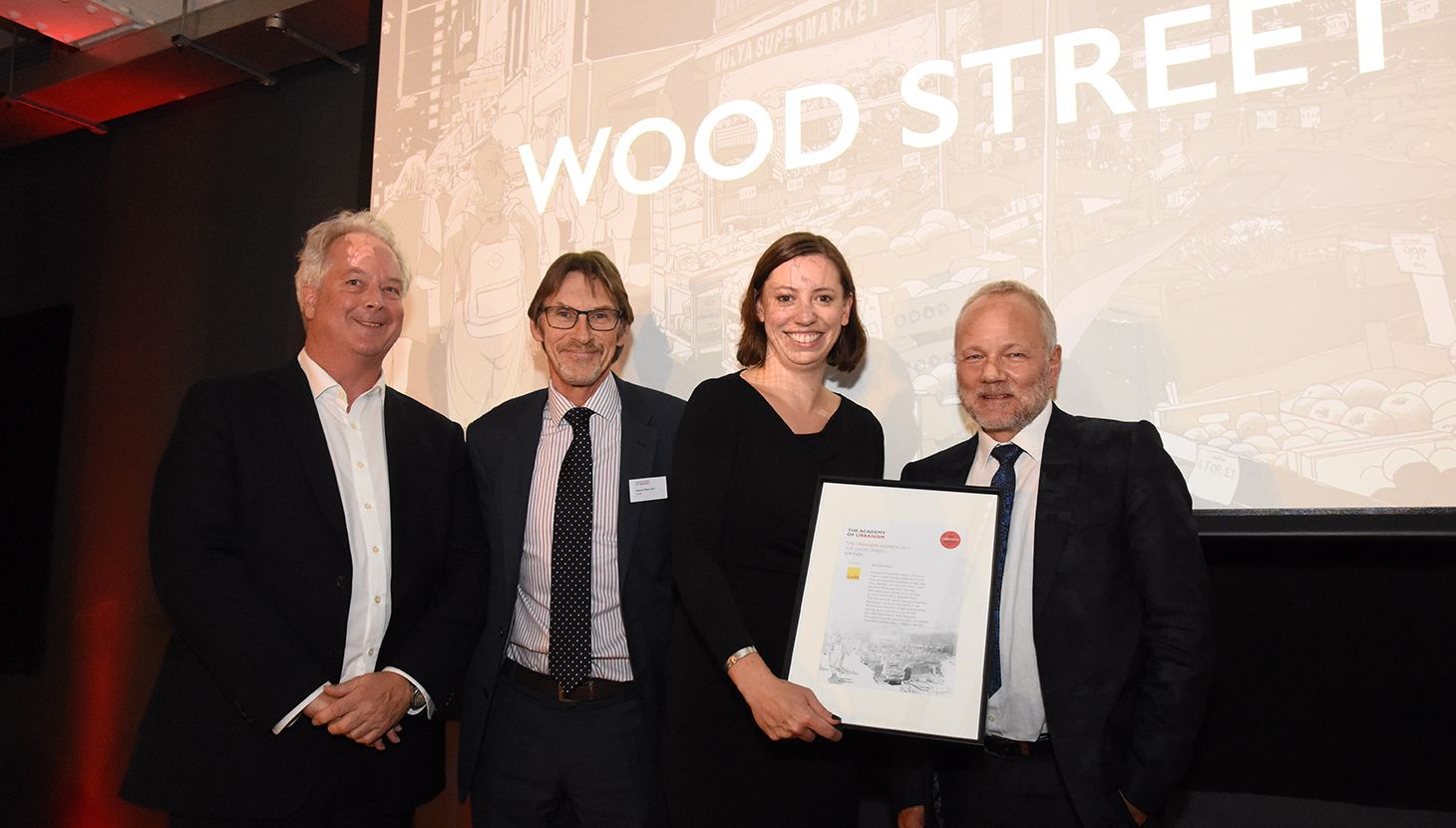 Last but not least, The Great Place award was collected by the regenerated, historic Viking Triangle in Waterford, Ireland. However, the assessors noted that Viking Triangle is more than a traditional physical regeneration initiative. “Supported by a strong historical narrative and harnessing the best of their assets, their strategy has been simple yet effective. Public funding has served as a catalyst and with local buy-in this has led to an improved perception of the area. In turn this has enhanced the quality of life and competitiveness of local business which is leading to private sector investment” said Nick Childs, lead assessor. 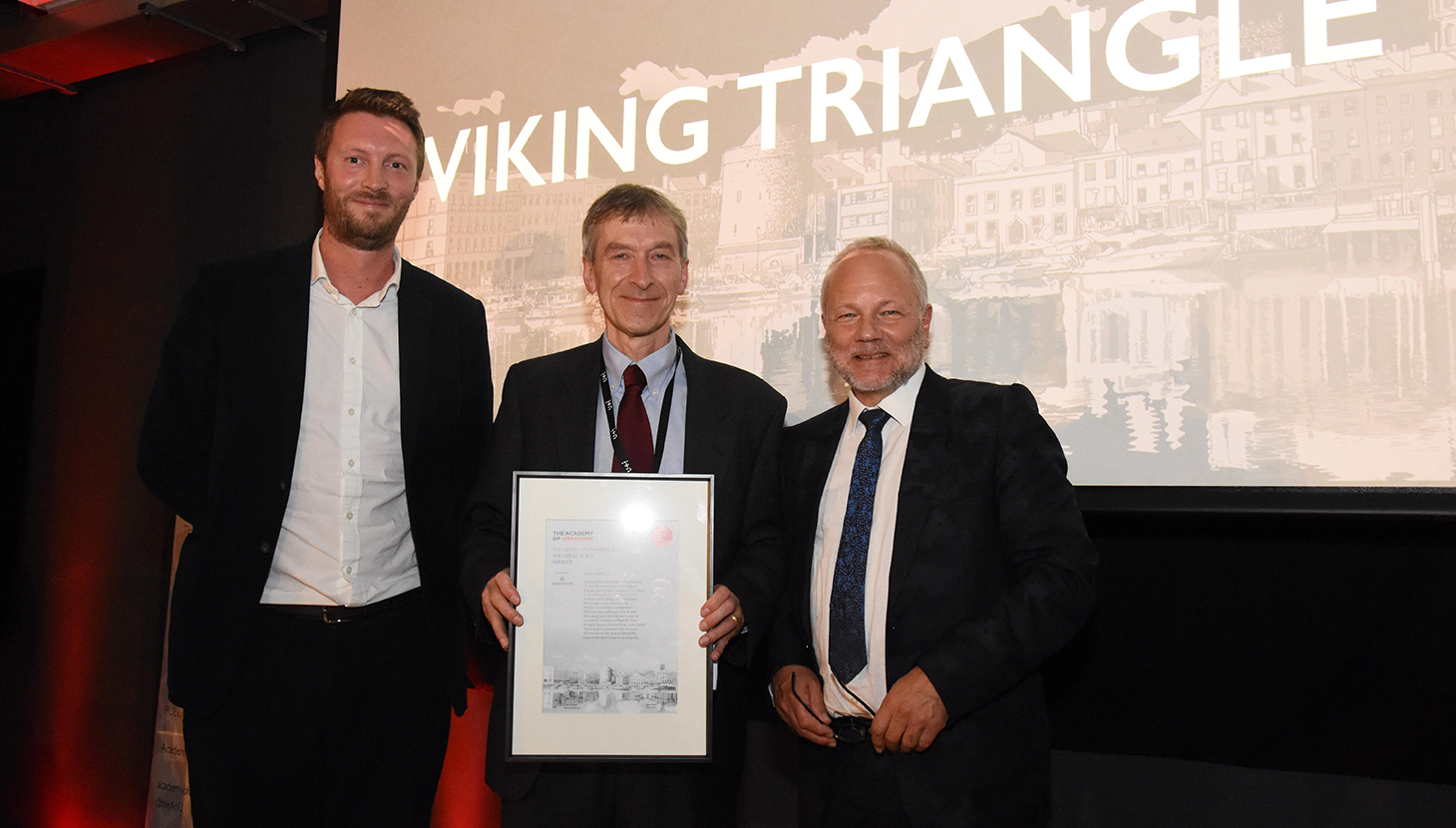 Reflecting on the Awards, now in its eleventh year, Steven Bee said: “The Academy of Urbanism annual Urbanism Awards are an opportunity to celebrate the achievements of our 15 finalist places, all nominated by Academicians for their evident success and the lessons they offer to other places seeking to emulate it. Our finalists this year, possibly more than any other, are a selection of places that offer useful lessons for all urbanists – and we are all urbanists”.

We aim to recognise, promote and learn from great places. For more information about the Academy, visit: www.academyofurbanism.org.uk.