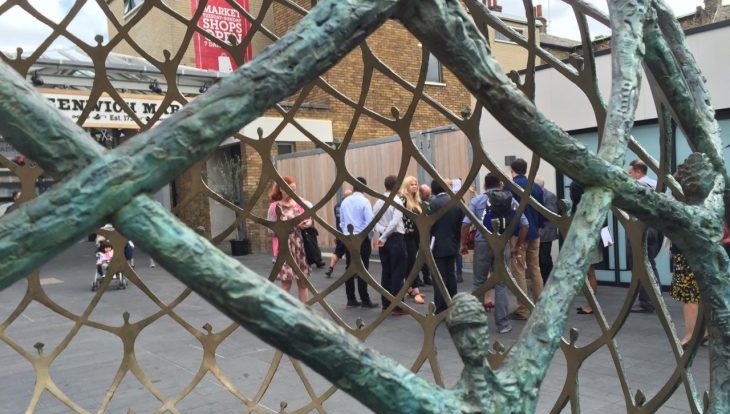 With winter approaching, we are looking forward to some indoor events over the coming months. The Bristol Young Urbanists are pleased to invite you to an urbanism film night, with subsequent discussion and networking. We will be screening the film “The Social Life of Small Urban Spaces” that documents the work of William ‘Holly’ Whyte and The Street Life Project who operated in New York city in the 1970s (more information below).

The programme for the evening is as follows:

7.00    Welcome and introduction to film

This event is FREE for YU members/Academicians and £5 + VAT for non-members/general public.

This seminal and classic film documents the work of William ‘Holly’ Whyte and The Street Life Project who operated in New York city in the 1970s.

Whyte and his team were the first to use anthropological-style observation techniques in the city environment, revealing new insights into human dynamics in urban spaces.

Central to their research was one simple question, what made some city spaces attractive to people and others less so?

Their findings were detailed in a book by the same name, published in 1980 and this companion film is a synthesis of the main conclusions. It documents the natural order of spaces and the way people move through them, offering an intuitive critique of how urban spaces can be improved.

In the preface of the book, Whyte explains:

‘What has fascinated us most is the behaviour of ordinary people on city streets — their rituals in street encounters, for example, the regularity of chance meetings, the tendency to reciprocal gestures in street conferences, the rhythms of the three-phase goodbye’