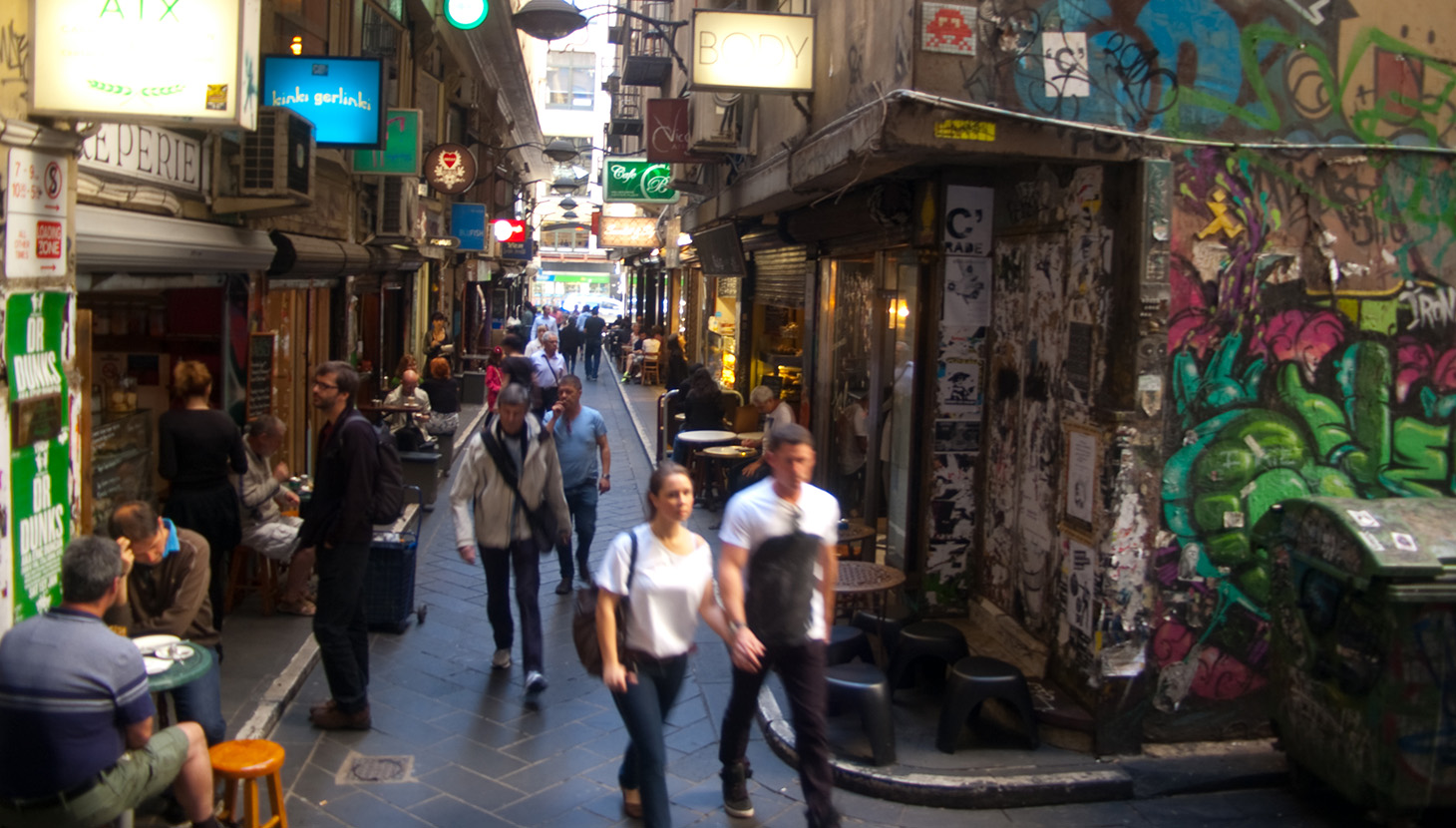 Join us for a lecture by two leading figures in the re-making of places, Professor Rob Adams, Director of City Design, Melbourne and Professor Alan Pert, Nord Architecture and the University of Melbourne.

The Academy of Urbanism is delighted to be supporting the event, along with the Scottish Government, Local Authority Urban Design Forum (LAUDF) and the Scottish Cities Alliance.

Professor Adams has worked with Jan Gehl and others in re-making the city centre of Melbourne focusing on streets and their life. He will present their work as part of an exhibition. Postcode 3000 will be formally launched on 6 November and tells this story of city transformation.

Professor Pert is a practitioner and academic working between Scotland and Australia. As founding director of Nord Architecture, based in Glasgow, he has committed his career to understanding the way places work, how places are made and how they can be remade. His specific interest is in getting to the basics of the brief for change, understanding the needs of people, then using this to drive the right technology and the right strategy for the best architectural response. Nord Architecture’s South Block in Glasgow won the RIAS Andrew Doolan Award for the best building in Scotland 2013.

Professors Adams and Pert will present two versions of how to re-make places, and engage in discussion with the audience.