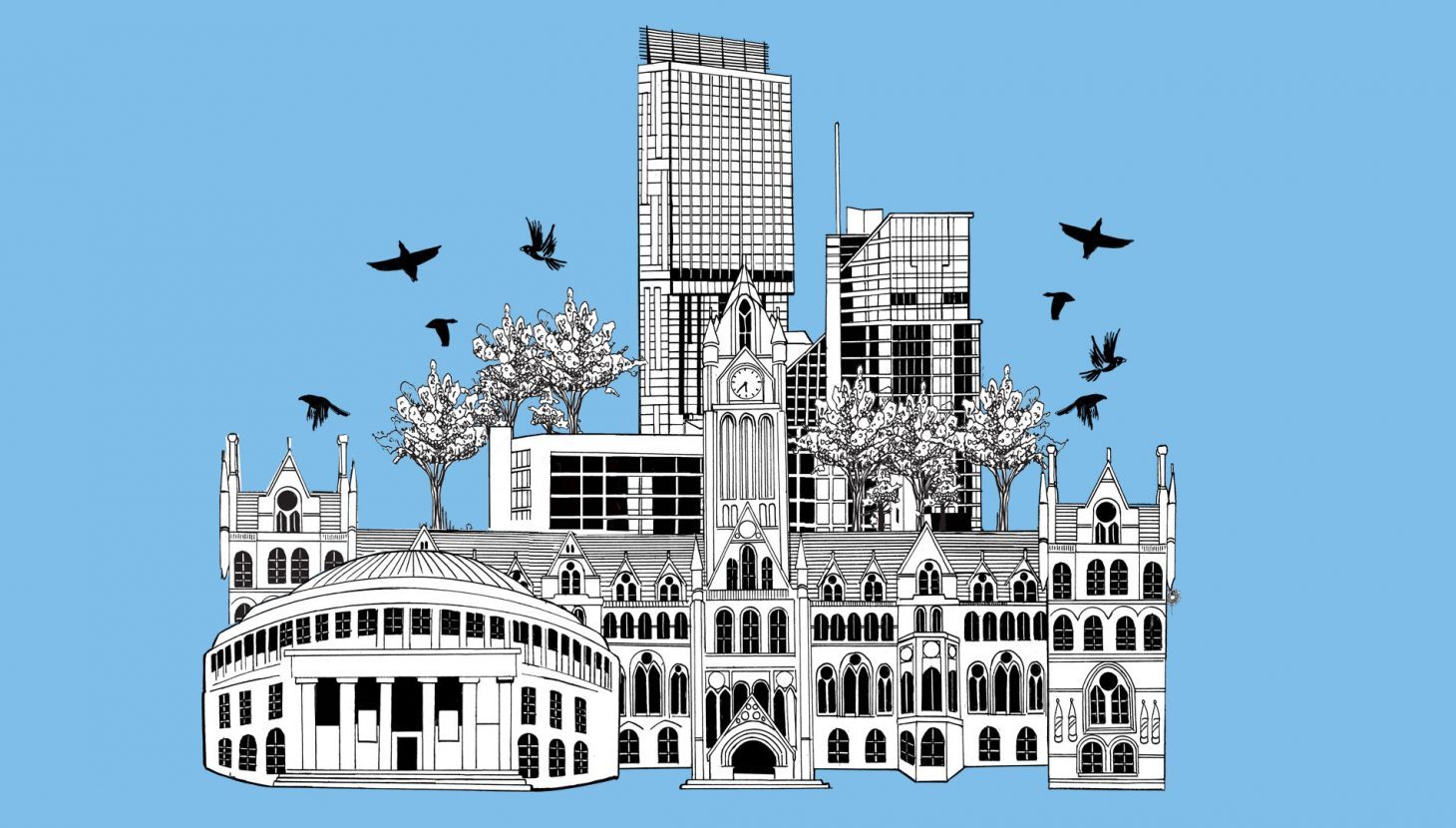 Our theme this year is The Good City? where we’ll be exploring the morality of our urban environments through four topics: Tolerant, Safe, Welcoming and Radical (this event).

Amina is co-director of The Social Action and Research Foundation (SARF) and Hulme Ward Councillor. SARF is a social enterprise working in collaboration with partners to influence and shape a more equitable society. She was the National Communities Lead for Britain Stronger in Europe and is a Commissioning Editor for Renewal- Journal of Social Democracy.
​
She is a single mother of four, who has spent 20 years working with under-served communities throughout England and is passionate about empowering people to realise their full potential. Amina volunteers with marginalised groups, women’s groups, young people’s organisations and within working-class communities.

Gail Heath is chief executive of The Pankhurst Trust, which incorporates Manchester Women’s Aid. Manchester Women’s Aid works with the public and voluntary sector and funders like the Big Lottery and Comic Relief to keep victims of controlling, coercive and threatening behaviour, violence and abuse safe and well. On an average day there will be 30 women in refuge, having escaped life-threatening abuse from an intimate partner or family member. There will also be many children coming to terms, through play sessions, with the DVA they have witnessed.
​
The Pankhurst Trust is based in Number 62 Nelson Street Manchester. It was the home of Emmeline Pankhurst and her family for over eight years and played host to the very first meeting of the Suffragettes. In 1979 the house was threatened with demolition producing a storm of protest from women’s groups and conservationists. Permission to demolish the houses was refused and the houses were leased to the Pankhurst Trust, established to restore the buildings and put them back into public use. The Centre was opened by Helen Pankhurst – Sylvia’s granddaughter – and Barbara Castle on 11th October 1987: the anniversary of the first meeting of the Suffragettes in 1903.

Phil Griffin is a writer, broadcaster and curator with a special interest in architecture and urban issues. He worked for Piccadilly Radio and Granada TV and began writing about architecture in the late 1980s. He wrote the weekly column Archisnap for City Life for eight years. In 2002 this formed the basis for the exhibition, Look More Slowly, at Cube. In 2006 he curated Every Cloud, an exhibition marking the tenth anniversary of the Manchester IRA bomb, at Urbis. In 2009, also at Urbis, he curated Ghosts of Winter Hill: Fifty Years of Television Production in Manchester.

Phil has curated exhibitions for popupgallery Manchester for a number of years. These are exhibitions in borrowed spaces, and have included This City Wall, with photographer Len Grant, and Night and Day, with photographer Jan Chlebik, on Platform 12 of Piccadilly Station. Two large-scale drawn panoramas by Neil Dimelow, HOME and TOWN have been shown in The Mall at City Tower in Piccadilly Manchester and St Mary’s in the Market Place Stockport.

Phil writes for a number of architecture publications including AJ, RIBA Journal, A Magazine and Prospect. In September 2014 he and Jan Chlebik launched their book MANCHESTER at Central Library. Phil was born in Ancoats and has lived overlooking Wythenshawe Park for the last 26 years, the last five of which he’s shared with Poppy, a long legged Jack Russell, and a Fiat Panda 4×4.